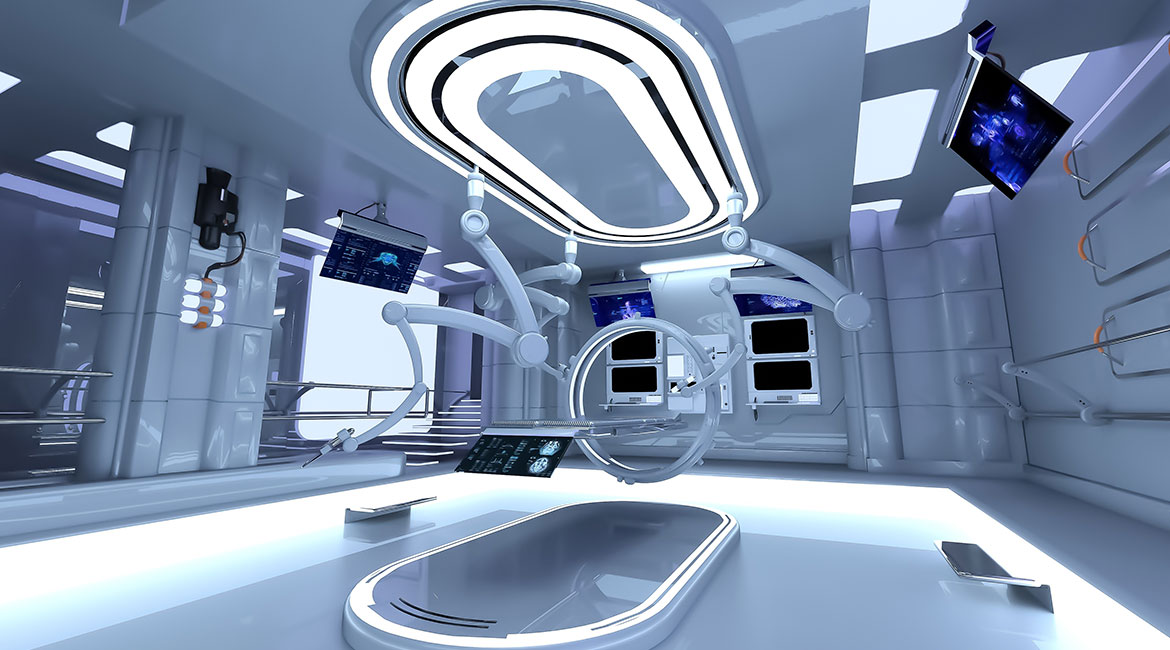 The featured image represents a futuristic surgery room and was taken from Pixabay, source. Public domain.

In a recent study, surgeons at St. Mary’s Hospital in London used the Microsoft Corporation HoloLens to overlay Computerized Tomography Angiogram (CTA) scans onto a patient’s limb during reconstructive surgery. The goal of the study was to assess the ability of this wearable system to help identify surgical landmarks during navigation, and accurately dissect tissues while performing surgery. Surgeons usually use a portable ultrasound scanner to find vessels under the skin by detecting blood movement. However, this procedure is time-consuming and not accurate enough to locate vessels through body tissue. The HoloLens augmented reality headset gives surgeons the ability to see the position of the bones and key blood vessels through the limb during surgery. 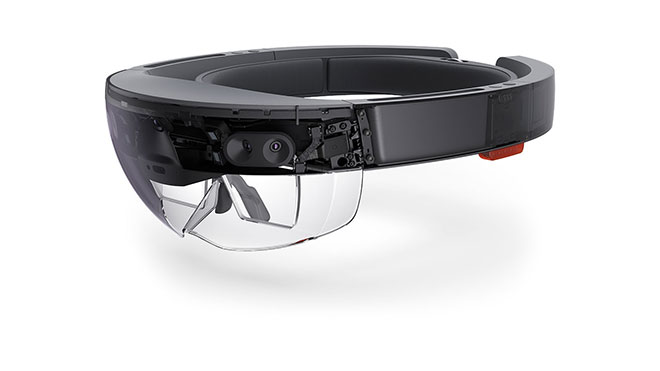 The HoloLens is a self-contained computer headset that immerses wearers in “mixed reality”, enabling them to interact with “holograms”—computer-generated objects made visible through the visor [1]. According to the clinical team testing the technology, the approach can help surgeons find specific positions and reconnect key blood vessels, which would improve outcomes for patients. While performing the surgery, surgeons can manipulate the augmented reality (AR) images with spatial translation and hand gestures, allowing them to adjust and line up the model with the patient’s anatomy. Several surgeons can each wear a HoloLens headset at the same time and see what their colleagues are specifically looking at.

The trial involved six patients, aged 27 to 85, all of whom underwent reconstructive surgery. Before the surgery, patients had CTA scans to map the structure of their leg, including bone position, and location and path of the blood vessels. A radiologist segmented the scans into bone, muscle and fatty tissue, and then loaded them into an intermediate software that created a 3D image of the leg [2]. Vascular models of both venous and arterial vessels of the lower leg were also segmented. These models were then transferred into software designed to be seen through the HoloLens. They were then uploaded to the HoloLens, which overlays the images on top of the patient’s limb.

While the technology can’t replace the skill and experience of the clinical team, it could potentially help reduce anesthetic time for the patient. The team also found a few limitations with the technology, including errors during the modelling stages as well as the potential for overlaid models to be misaligned [2]. Also, preoperative data preparation is a time-consuming process, but it could be resolved with an automated system. Moreover, the case studies so far have been based on the leg, which has a number of clearly visible surgical landmarks, such as the ankle or the knee. Areas without these rigid landmarks, like the abdomen, may be more complicated [2].

This technology allows surgeons to experiment with preoperative data collected from patients. Using a wearable system for surgery is not a new idea. Medical navigation technology and mixed reality company Scopis launched a new tool to improve navigation when performing spinal surgery using the AR device. The next steps would be to try the technology with a larger number of patients in several hospitals and different medical specialties.