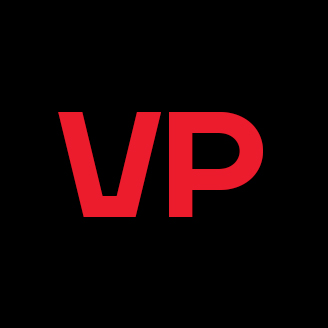 Ronald Denis Author profile
Ronald Denis is a surgeon at the Hôpital du Sacré-Cœur in Montreal.

Obesity is a complex disease affecting 23% of the Canadian population, or over 8 million people. Bariatric surgery is a common technique of treating obesity. The most popular surgical technique, called gastric sleeve surgery, involves cutting the stomach and removing 70 to 80% of its total volume. Presently, it is difficult for physicians to clearly explain this operation to their patients because of its great complexity. This paper presents a new approach that aims to improve the effectiveness of physician-patient discussions. The approach is based on the latest additive manufacturing technologies used for 3D printing of an actual size human stomach, in a material mimicking its mechanical behaviour. Two manufacturing methods are analyzed and discussed. At present, the indirect method of making a mold by additive manufacturing and pouring a flexible material inside the mold to obtain a physical stomach model is best suited for this type of application.

Obesity has become a fact of life for many people. An increase of approximately 4% in the Canadian obese population was observed between 2001 and 2011[1]. Today, more than 23% of Canadians suffer from obesity, which represents about 8 million Canadians with a BMI of over 30. There are fortunately several ways to treat obesity, including exercise, diet and bariatric surgery

Gastric sleeve surgery is the most popular form of bariatric surgery. It consists of cutting the stomach along the large curvature, and removing 70 to 80% of its total volume. The operation is performed under general anesthesia by laparoscopic surgery, a surgical approach that involves exploring the abdominal cavity using a device equipped with a micro-camera. During the operation, the surgeon makes small incisions in the abdomen and inserts the micro-camera. A cylindrical cutting guide, called “bougie”, is then inserted in the stomach to unfold the stomach, which is originally shaped like a “J”. The physician then removes the fat around the stomach and cuts along the bougie with a surgical tool that cuts, heals and staples the wound.

How can gastric sleeve surgery be clearly explained to a patient? This is the question asked by Dr. Ronald Denis, Surgeon at the Hôpital du Sacré-Cœur in Montreal, and Dr. Anne-Sophie Studer, Surgeon at the Hospital Center du Pays d’Aix in France, to the ETS research team.

“At the moment, we explain gastric sleeve surgery with illustrations on paper or rigid physical models that do not represent reality, without much success. Having a realistic physical stomach model with which to demonstrate and simulate surgery would be a major asset”, according to Drs. Denis and Studer.

However, the stomach is a flexible, empty structure of complex geometry, difficult to reproduce by conventional manufacturing methods. The team therefore attempted to explore the latest additive manufacturing technologies, commonly called 3D printing, to design a realistic human stomach in a material that mimics the mechanical behaviour of the human stomach. In this study, additive manufacturing refers to a set of processes in material layering that make complex objects from 3D virtual models.

The 3D virtual geometric model of a human stomach was created from medical images on 3D reconstruction software (MIMICS, Materialize, Belgium). These images represent an empty stomach since the patient must not eat or drink before the operation. According to a recent Canadian epidemiological study, they also had to come from a person aged between 30 and 54 with a body mass index (BMI) greater than 30. Once reconstructed, the virtual model was saved in a format suitable for additive manufacturing.

Of the seven additive manufacturing processes listed in ASTM F42, two processes were tested for direct printing because of their ability to print flexible materials: vat photopolymerization and material jetting.

In the vat photopolymerization process a photosensitive resin is photopolymerized with a light source matching the ultraviolet wavelength. For the stomach, printing was done on a Form 1+ machine (FormLABS, USA), with a flexible material similar to rubber. Since the stomach is a hollow piece, supports are added in the stomach cavity to support layers which would otherwise collapse.

The resulting physical model shows that a lifelike geometry can be achieved with this method. However, the stomach made with this technology is not sufficiently flexible to withstand the stress and bending forces required to unfold the stomach and insert the bougie. Furthermore, it is difficult to remove the supports manually because of the very fine openings in the stomach.

Stomach made by photopolymerization

The material jetting process uses printing heads for layer-by-layer drop deposit of a photosensitive resin. For the stomach, printing was done using an Objet260 Connex2 printer (Stratasys, USA), with the most flexible material currently available for this process (Tango Plus). Much like the vat photopolymerization method, the resulting physical model displays a faithful geometry, but with too much rigidity and insufficient mechanical strength to simulate gastrectomy. Furthermore, it is difficult to completely remove the supports for the same reasons that were mentioned in describing vat photopolymerization.

To test the indirect method, the 3D model of the mold was created from a 3D model of the stomach, and printed in rigid thermoplastic (ABS) on a Fortus 250mc printer (Stratasys, USA) using the filament extrusion method. The mold also contained a core representing the internal volume of the stomach, which was printed with the same method but in a water-soluble material.

Since filament extrusion creates a “staircase” effect on the surface caused by the layering process, the mold was soaked in an acrylic solution to smooth out and block the surface pores.

Once the mold was finished, a silicone resin was added by gravity casting inside the mold. The molded physical model was then dipped in a solution to remove the core and empty the stomach cavity. The final model accurately captures the geometry of an empty stomach before an operation and also displays mechanical properties similar to the stomach. Because it is capable of resisting manipulations required by the physical simulation of a gastric sleeve surgery, the model meets the needs of surgeons!

Direct use of additive manufacturing has some limitations with respect to printing flexible materials and in adequately reproducing the biomechanical behaviour of soft tissues such as the human stomach. However, the world of 3D printing is expanding and more and more companies are concentrating on manufacturing parts made of flexible materials. For example, the German company WACKER may have found a way to print parts directly in silicone. However, their technology is not on the market yet. For the time being, an indirect approach for pouring silicone resin into a 3D printed mold offers highly satisfactory results. In addition to its low cost, this method has the advantage of producing a reusable mold. Very soon, surgeons will be able to accurately explain to their patients their upcoming bariatric surgery, or even to train future doctors, using 3D printed stomachs.

Vincent Pelletier is a master's student in the Department of Mechanical Engineering at ÉTS.

Ronald Denis is a surgeon at the Hôpital du Sacré-Cœur in Montreal.

Anne-Sophie Studer is a surgeon at the Center Hospitalier du Pays d'Aix, France.