Predicting Demand to Speed up LTE Networks - By : Nathan Francoeur, 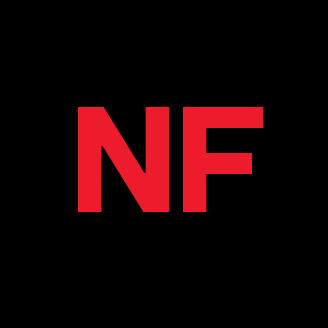 This article was one of the finalists in the “Ingenious Writers Contest” organized by SARA and Substance ÉTS. It is the popularized summary of an article entitled: Enhanced Control for Adaptive Resource Reservation of Guaranteed Services in LTE Networks, co-authored by Michel Kadoch, Professor in the Department of Electrical Engineering, École de technologie supérieure.

We are increasingly using wireless communication and video calls are part of the heaviest traffic on the LTE network.

In order to ensure the reliability of a video call, a fixed bit rate (in Mb/s) is reserved or guaranteed for each call. As a result, some of the unneeded bit rate is wasted because it cannot be used by other services. This waste affects the flow and overall performance of the network. For example, if a fixed bit rate of 14 Mb/s is allocated for a video call and an average of 8 Mb/s is being used, an average of 6 Mb/s is wasted and could have been used for other applications.

To address this problem, two ÉTS researchers, Suliman Albasheir and Michel Kadoch studied the possibility of allocating this resource dynamically among other services. This involves forecasting the bit rate in real time to avoid waste.

Here is an overview of the problem and the proposed solution:

In order to forecast the behaviour of a series of observations, it must be modeled. This is where the time series comes into play. A time series is a data sequence observed at fixed time intervals. Mathematically, the time series is represented as follows: {Xt , t = ±0, 1, . . .}.

Here is an example of what a time series looks like:

Figure 2 Series of observations of a 50-second video conversation

The main objective is to model the series of observations and to predict the bit rate to be reserved. The approach used is illustrated below:

Forecasting the Unpredictable: Can it be Done?

The series of observations is partly deterministic and can be broken down into the following three components:

Is the Time Series Stationary?

Figure 5 Impact of ACF and PACF on data before transformation

The figure above shows that the ACF values decrease slowly. This indicates that the data are not stationary.

In order to make this series stationary, we will apply the Box-Cox transformation while differencing the series.

Differencing a series is distinguishing between the series {Xt} and the lag (difference) series {Xt-d} where d is the lag.

Figure 7 Illustration of the differencing process

When differencing a series, the seasonal component (st) and the secular trend component (mt) are eliminated. The only remaining component is the residual noise component (Xt).

The following graph shows that the data after transformation and differencing appear to be stationary. Indeed, the data seem to fluctuate randomly around a set value.

Is the Data Series Stationary?

To answer the question, PACF and ACF must be applied to residual noise. The aim is to ensure that there is a dependency between the data and not independent and identically distributed random variables (IID). The IID variables are unrelated and follow the same law of probability.

In order for the IID hypothesis to be rejected, at least 5% of the calculated ACF or PACF values must be outside the confidence interval shown in blue.

Figure 9 Impact of ACF and PACF on data after transformation

As it is the case, we can reject the IID hypothesis and certify that the data are stationary.

Parameter d has already been set during the differencing step.

The chosen orders are p and q, which reduce the AICC criterion using the innovation algorithm. Note that the AICC is a likelihood function.

Then, the coefficients θ and Φ that maximize the likelihood function are selected.

Figure 10 Relation between probability and likelihood

Putting the differences between probability and likelihood into context, the two examples below refer to a sample of 1 kg extracted from a total of one ton of sand.

Probability: What is the chance of observing a particular sample knowing that the model and population are known?

Likelihood: Based on a known sample (e.g., time series), what is the chance that the model (e.g., ARIMA) represents reality?

The model that best represents our data series can be found by choosing the θ and Φ coefficients of the ARIMA model that maximize the likelihood function (MLE).

Checking the Validity of the Model

The prediction error is verified to ensure that its properties are similar to white noise (see the red curved line). If it is, then the model is valid.

Due to the nature of the ARIMA model, prediction depends only on a few values preceding the series of observations.

The graph below shows a fictitious example of dynamic bit rate allocation:

Figure 14 Illustration of the flow rate gain with a dynamic allocation compared to a static allocation of 3.2 Mb/s

The forecast is only valid in the short term, because the higher the prediction span, the greater the potential for error.

A reasonable prediction span must be set representing a good compromise between computation time and accuracy.

In summary, the static allocation of a bit rate to a mobile service within the LTE network does not allow the use of unneeded reserved bit rates. It was in view of reducing waste and improving the LTE network performance that the ÉTS researchers Suliman Albasheir and Michel Kadoch proposed a dynamic bit rate allocation method. Their solution consists in forecasting bandwidth usage in real time. Future work will focus on the dynamic computation of the prediction span, as well as on refining error calculation

Nathan Francoeur Savoie is an undergraduate in Electrical Engineering at ÉTS. His areas of study include power electronics, mathematics and telecommunications. He is interested in technological innovations and the work of researchers. He is a member of the ÉTS Radio Piranha club.