Philae Wakes Up: All You Need to Know - By : Substance,

Philae Wakes Up: All You Need to Know

Rosetta’s lander Philae woke up on June 13th 2015 after seven months in hibernation on the surface of Comet Tchouri.

It is with this tweet “Hello Earth! Can you hear me?” that Philae announced its long awaited wake.

“Philae is doing very well: It has an operating temperature of -35°C and has 24 Watts available,” confirmed Philae Project Manager Dr. Stephan Ulamec.

Over one minute, Philae, sent 300 data packets via Rosetta. Scientists were able to realize that Philae was already awake for a while but could not communicate with Rosetta due to lack of energy. There are still more than 8000 data packets in Philae’s mass memory. Philae has yet only 24 watts power reserve which is still low. It will take much more time before Philae may execute additional sustained scientific activities.

Moreover, the French National Centre for Space Studies (CNES) announced on June 12th, 2015 that Philae was spotted. In these photos taken on December 12 and 13, a bright spot is seen that didn’t appear in the earlier photos. Nevertheless, its exact location remains uncertain which makes communication with Rosetta still difficult.

For now, we do not know when will be the next contact, but we will keep you posted of its further adventures. Who knows, Rosetta and Philae may drill the mysteries of the origin of life on earth!

Here is an animation of Philae’s landing by David Ducros for the CNES. In this video, the size of Philae and reliefs are amplified. 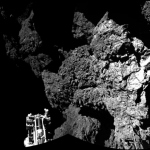 Philae detects organic molecules on the comet prior to hibernate

Philae has finally worked only 57 hours on the comet, before entering hibernation. It is true that the environment is chilly… 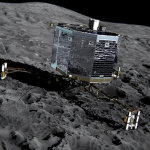 The landing of Philae is a success!

After seven hours in suspense, we are pleased to announce that Philae, a small robotic laboratory from Rosetta probe, has landed… 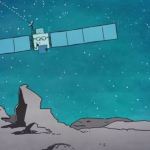 Once Upon a Time… Rosetta In Cartoons

You want to explain Rosetta’s mission to your children? The European Space Agency (ESA) created very charming cartoons for children,… 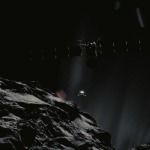 Rosetta: from reality to science fiction

The science fiction film called “Ambition” features the real mission of Rosetta and the mysteries surrounding its discoveries. A… 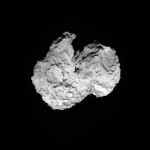 Rosetta: Great achievement and challenges ahead