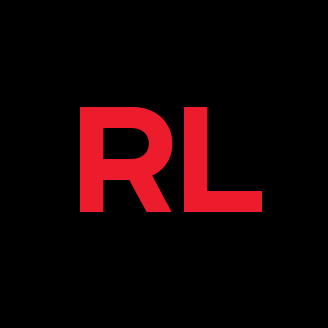 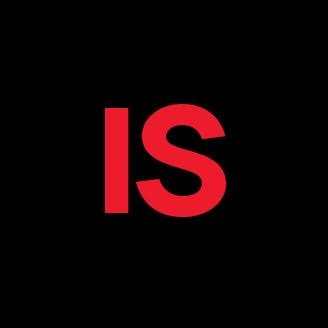 Ion Stiharu Author profile
Ion Stiharu is a professor in the Mechanical, Industrial and Aerospace Engineering Department at Concordia University. His research focuses on BioMEMS, paper microfluidics and microfabrication. He leads the BioMEMS Laboratory. 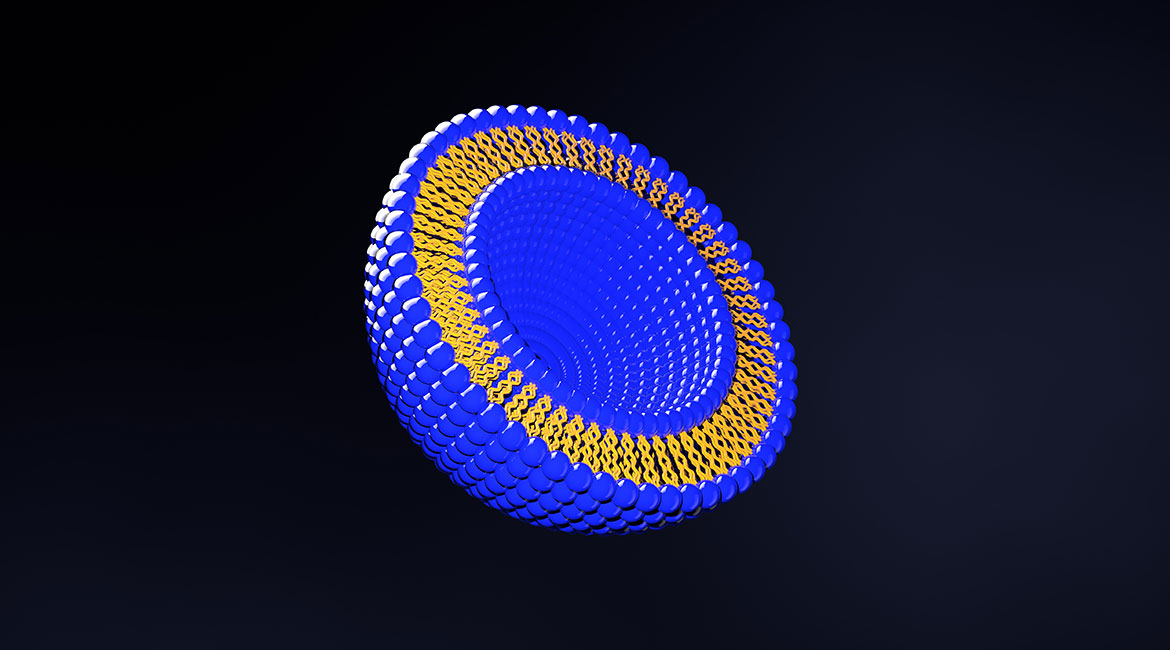 The featured image is a self-assembled liposome. Hydrophilic heads are blue and hydrophobic tails are orange colored. This image was purchased on Istock.com and is protected by copyright.

Liposomes are one of the most promising nanoparticles for next generation drug therapies; their biocompatibility makes them ideal for advanced drug delivery systems, among other applications. However, liposome production on an industrial-scale has proven difficult in terms of repeatability, productivity, size and size distribution. This study aims to improve the production process by using micromixing. Results show potential improvement, paving the way to mass production of nanoparticles.

Next-generation therapies are here: today, smart nanoparticles capable of locating specific tissues and organs have become a reality, thanks to the work of chemists, biologists, physicists, mathematicians, and engineers. Nanoparticle development combines efforts from different areas of science to offer patients and researchers worldwide tools to fight and understand diseases. Such nanoparticles, called liposomes, can be synthesized under laboratory conditions; however, larger-scale production and reproducibility have proven difficult. New industrial-scale production methods are being investigated with the objective of making liposomes widely available at low costs. Surprisingly, the solution to increasing production yield is to think small. Liposomes are sphere-shaped structures formed by lipids. The lipids forming liposomes have a fascinating characteristic: while one side is highly attracted to water, called hydrophilic or “said to love water,” the other side is essentially not attracted to it, which is called hydrophobic or “said to be afraid of water.” This ambivalent characteristic causes phospholipids to form bilayers (see Figure 1), with heads and tails pointing in opposite directions. These bilayers self-assemble into spheres to reduce exposure of the hydrophobic tails to water, leaving an empty space in the middle (featured figure). Consequently, encapsulation of a variety of substances within their core or their bilayers makes them the perfect delivery vehicle.

Figure 1 Lipid bilayer, heads and tails pointing in opposite directions.

What Are the Applications for Liposomes?

Bangham, a pioneer in the field, synthesized liposomes for the first time more than 50 years ago [1]. Today, liposomes are used for a variety of applications, some of the most interesting related to drug delivery systems, medical imaging, gene delivery into cells (transfection) and analysis [2]. Liposomes have several advantages, such as their biodegradable components and capacity to encapsulate different formulations [3].

An interesting application is transfection, where liposomes are used to deliver genetic material inside cells to modify their internal processes; for instance, inhibiting specific protein production. Figure 2  shows how liposomes, with genetic material inside them, are attracted to the cell membrane. This is accomplished by electrostatic interactions. 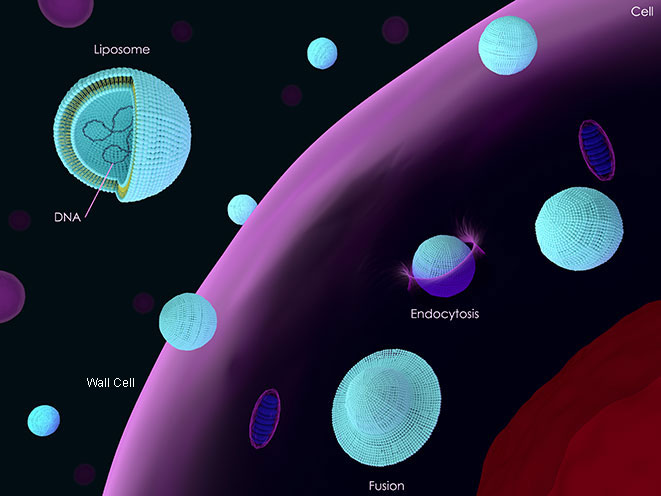 On the other hand, by adding surface chemical modifications and controlling size, it is possible to target specific organs and tissues, increasing drug circulation time, and improving the therapeutic window of drugs [4-6]. Figure 3 shows the variety of surface modifications and the substances that can be encapsulated.

The size will determine where liposomes accumulate inside the human body. Sizes above 200 nm are rapidly cleared by the spleen and liver [4], hence size uniformity plays a critical role. This uniformity ensures accumulation at specific sites. Until August 2016, several liposome formulations were approved by regulatory agencies, mainly because of their improved biodistribution [8]. However, production methods of these vesicles are still lagging in terms of industrial-scale purposes, preventing innovative therapies from reaching patients worldwide. Current liposome preparation methods are hard to reproduce from one batch to another, are difficult to scale up, have a low production rate and high fabrication costs, among other issues [9].

How Can Liposomes Be Synthesized?

Liposomes can be synthesized using different methods. For instance, by injecting a solution of lipids and organic solvent into an aqueous solvent. Most of the conventional methods use batch approaches, in other words, liposomes are created through a series of steps. Normally, this approach leads to large or different sized liposomes unsuitable for medical applications, making it necessary to add homogenization steps, which in turn increases production costs. Another disadvantage of this approach is the difficulty to scale up.

From Full-Scale Factory to Bench-Size System

One interesting feature of micromixers is that they are parallelizable, meaning that there can be multiple copies of the same device connected in parallel. Copies of these devices can be used in blocks for liposome production in a continuous flow (Figure 4). In this way, a hypothetical liposome ethanol injection plant [11] can be substituted with a block of 20 parallel devices that can easily fit on one bench, reducing handling costs, providing much better control over the final properties of liposomes. Figure 4 Device parallelization has the potential to increase production rates.

It was found that high-mixing efficiency is closely related to high liposome synthesis rates. A fast, uniform and high concentration mixing can be achieved by tuning micromixers’ geometry, topology, and dimensions, resulting in high-quality liposomes ready for medical applications with no extra steps.

By using more than one mixing principle, mixing time is reduced, improving the mixing process and therefore the liposome production rate. We have created a numerical model capable of predicting mixing efficiency for different geometries, topologies, and dimensions.

This model confirms previous literature conclusions [12, 13]. For example, that high aspect ratios channels lead to more uniform concentration profiles created by uniform velocity profiles. In Figure 5, numerical models of different height-to-width aspect ratios of Micro Hydrodynamic Focused mixers are shown. The concentration of the ethanol/lipid mixture (in red) is graphed. Water (in blue) enters through the lateral inlets focusing the ethanol/lipid mixture, which flows in the central channel, from left to right. At the end, the liquid is evacuated through the side of the central channel. A deeper channel improves mixing by incrementing the area of the focused flow.

On the other hand, contraction-expansion array (CEA) structures improve the mixing process in Y-Micromixers as shown in the numerical model (Figure 6). This design bends the flow, allowing longer ethanol/water interface interactions, improving mixing by using a shorter microfluidic device. Notice how mixing is improved at the end of the channel, in Figure 6b. Presently, we are studying how advanced CEA structures can improve even further mixing by creating Dean Forces and Chaotic Advection.

We partially tested our model using the Micro Hydrodynamic Focusing Micromixer (MHF). Dyes were used to colour distilled water in blue and ethanol in red. The flow rate ratio (FRR) of water and ethanol was changed by controlling the flows using syringe pumps Figure 7 shows a standard setup to observe the mixing process. The numerical models are consistent with observations as shown in Figure 8. Figure 7 Microfluidic setup for mixing tests. Two syringe pumps were used to control the flows; the microfluidic device was observed under a microscope.

Figure 8 Comparison of experimental results with the numerical model for different flow rates of ethanol and water.

The next step is to optimize production rates and mixing efficiency by varying micromixer topology, geometry, and dimensions, first numerically, and then corroborating our prediction by synthesizing the liposomes. More exciting steps lie ahead. The vision of low-cost, widely available nanotechnology is about to become reality, soon.

Ruben Rodrigo Lopez is a Ph.D. candidate in the Electrical Engineering Department at ÉTS and a member of BioMEMS at Concordia University. His interests are industrial-scale nanoparticle production and next-generation drug therapies.

Vahé Nerguizian is a professor in the Electrical Engineering Department at ÉTS. His research focusses on bio-engineering, cancer cell detection, microfluidic systems, MEMS and telecommunications.

Ion Stiharu is a professor in the Mechanical, Industrial and Aerospace Engineering Department at Concordia University. His research focuses on BioMEMS, paper microfluidics and microfabrication. He leads the BioMEMS Laboratory. 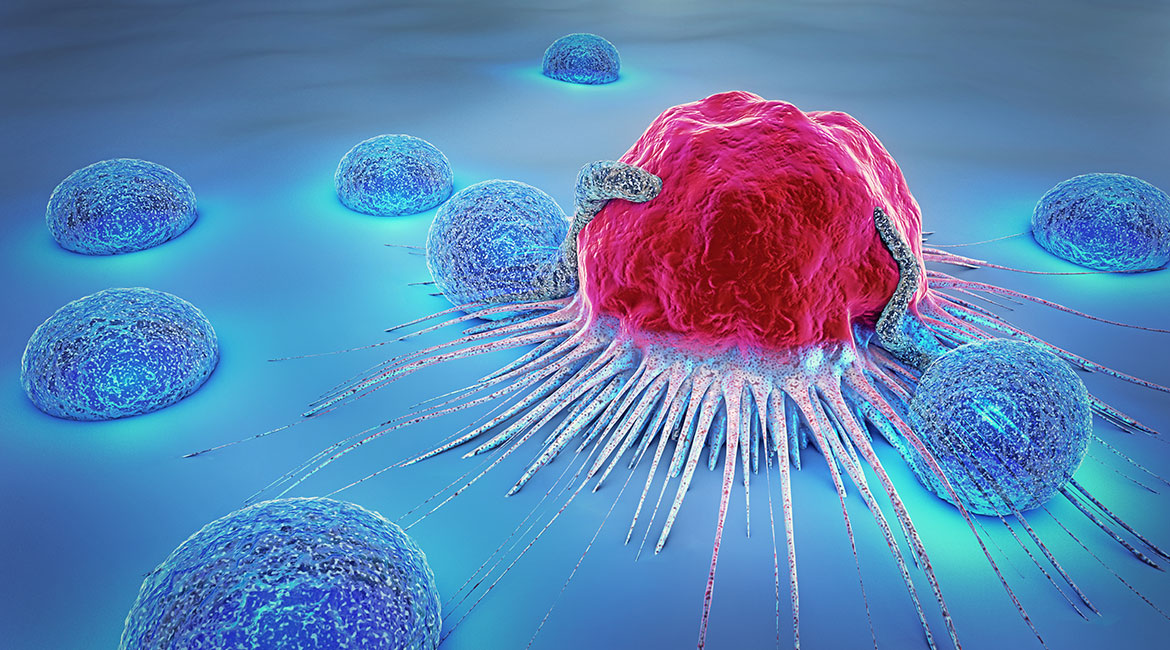 Nanobots to Wipe Out Cancer 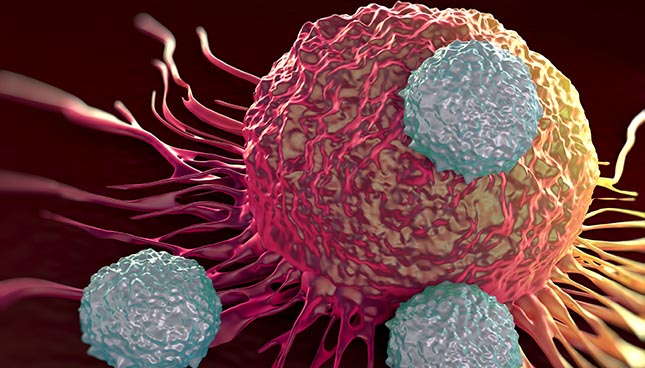