Parametric Study of the Seismic Response of Bridges 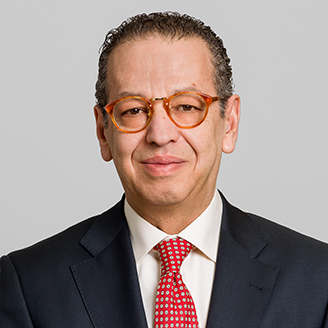 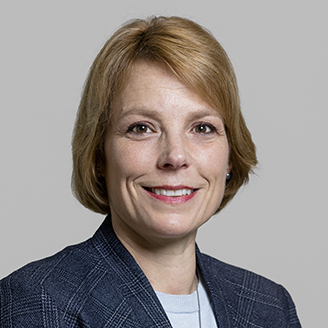 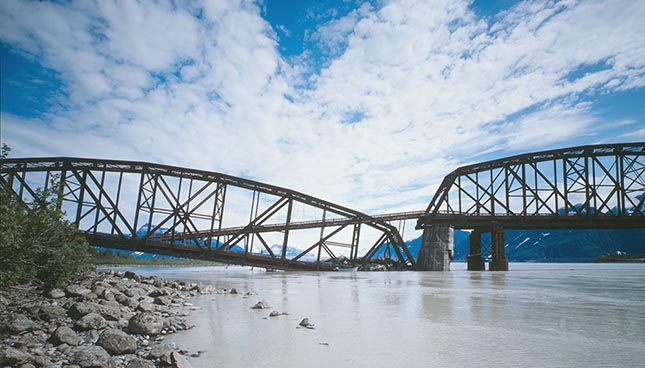 The loss of deck support is a major parameter contributing to increasing seismic vulnerability of bridges. The support length at bridge abutments, piers, or span joints required to prevent the loss of deck support is function of pier height, span length, bridge skew, and seismic performance category of the bridge. The objectives of this study are to describe and quantify the impact of these geometric parameters on bridge vulnerability due to a loss of deck support and to develop fragility curves. The fragility curves provide the probability of reaching a level of damage, in terms of support loss, based on a seismic intensity parameter.

Eastern and western regions of Canada are known to be active seismic regions and have experienced in the past moderate to strong earthquake events. During such events, geographic and socio-economic links can be disrupted or even severed by damage to infrastructure, especially bridges. A society’s organization and sense of security can be greatly affected in the wake of such disasters.

According to the new Canadian Highway Bridge Design Code approach (CSA S6, 2014), bridge structures must be designed to meet minimum structural, functional and service performance standards in the event of specified seismic hazards. A large number of bridges were built before the introduction of stricter earthquake resistance standards (in 1974). Pre-1974 bridge structures can suffer significant damage during moderate to strong seismic events, such as what is anticipated in eastern and western Canada. Figure 1 shows the percentage of bridges in the road network under the jurisdiction of the Ministère des Transports du Québec – MTQ (Quebec Ministry of Transportation), per decade of construction. In 2012, 49% of the bridges were built before 1970.

The year of construction is not the only parameter that can influence the vulnerability of a bridge to seismic. Recent studies and findings on bridge damage caused by recent earthquakes have shown that some parameters with a strong impact on the seismic response of the bridge should be considered in the assessment of structure’s seismic vulnerability (Gouider, 2011, Hida, 2009, Leboeuf, Nollet and Khaled, 2008). Furthermore, bridge decks can be subjected to large displacements at the supports during earthquake ground motions (Yashinsky et al. 2010) highlighting the importance of the support length (see Figure 2).

The Canadian Highway Bridge Design Code (CSA S6, 2014) requires that a minimum support length be provided at the bridge abutments and piers to accommodate large displacements induced by earthquake ground motions. The required minimum support length (N) is computed using the empirical Equation [1]. In addition to the modification coefficient (K), which takes into account the seismic performance category of the bridge, Equation [1] demonstrates the importance of the geometric parameters such as the length of the spans (L), the height of the piers or columns (H), and the support skew (Ψ).

The main objective of this study is to assess the seismic vulnerability of bridges in relation to their support system. Specifically, it aims to identify the key parameters impacting typical single and multi-span bridge structures and to assess their importance on the non-linear dynamic response under the effect of earthquake ground motions.

The methodology used in this study is:

Figure 3 Collapsed spans due to the loss of beam supports (Yashinsky et al., 2010)

A set of bridge models representing the inventory of the MTQ bridges was selected, taking into account the distribution of geometric and structural parameters. The geometric and mechanical properties are median values with more or less one standard deviation. This will allows to quantify the uncertainty related to the models, as well as the uncertainty related to the seismic demand (several earthquakes).  The parametric study of the non-linear response of the selected models will be conducted using historical and artificial accelerograms, representative of the seismicity in eastern and western Canada. The objective is to measure different characteristic responses for some of the bridge components. What we are trying to find out, for example, is the maximum displacement at the top of the piers, the level of ductility behaviour (i.e., the capacity of bridge pier to accommodate large displacements without collapse), and the seismic demands of different elements of the bridge models. The results of the parametric study will highlight the most influential geometric parameters and will be used to develop fragility curves.

This emerging decision-making tool is becoming increasingly popular in seismic risk assessments. The structural response of the analyzed models will be expressed in term of fragility curves. Fragility curves are  graphic representations of the probability (Pf) that the seismic demand (D), related to the seismic intensity measurement, reaches or exceeds different levels of damage related to the structural capacity (C) (for example, to the ductility factors obtained) (Nielson, 2005; Nielson and DesRoches, 2007; Padgett, 2007; Suescun, 2010; Tavares, 2012). These curves are used to identify and quantify the relative influence of the studied parameters on the seismic vulnerability of bridges. Figure 4 is an example of a graphic representation of a fragility curve for a given level of damage.

Loss of support is an important structural vulnerability for a simply supported bridge, especially when the support length is not sufficient to accommodate large displacement caused by earthquake ground motions. It is necessary to describe and quantify the influence of different geometric parameters on this vulnerability, while considering specific uncertainties of the structural parameters. Once the seismic fragility curves are developed, it will be possible to evaluate the seismic damage and structural vulnerability, and to draw constructive conclusions about the loss of bridge support according to the geometric parameters.

Jean-François Belleau holds a Bachelor's degree in Construction Engineering from ÉTS. He is currently a Ph.D. candidate at ÉTS. His research focuses on the seismic vulnerability of bridges.

Marie-José Nollet is a professor in the Department of Construction Engineering at ÉTS. She holds a Ph.D. from McGill University. She specializes in assessing the vulnerability and seismic risk of bridges and buildings.