Optical Sensors for Biomaterials and Air Pollutants - By : Bora Ung, 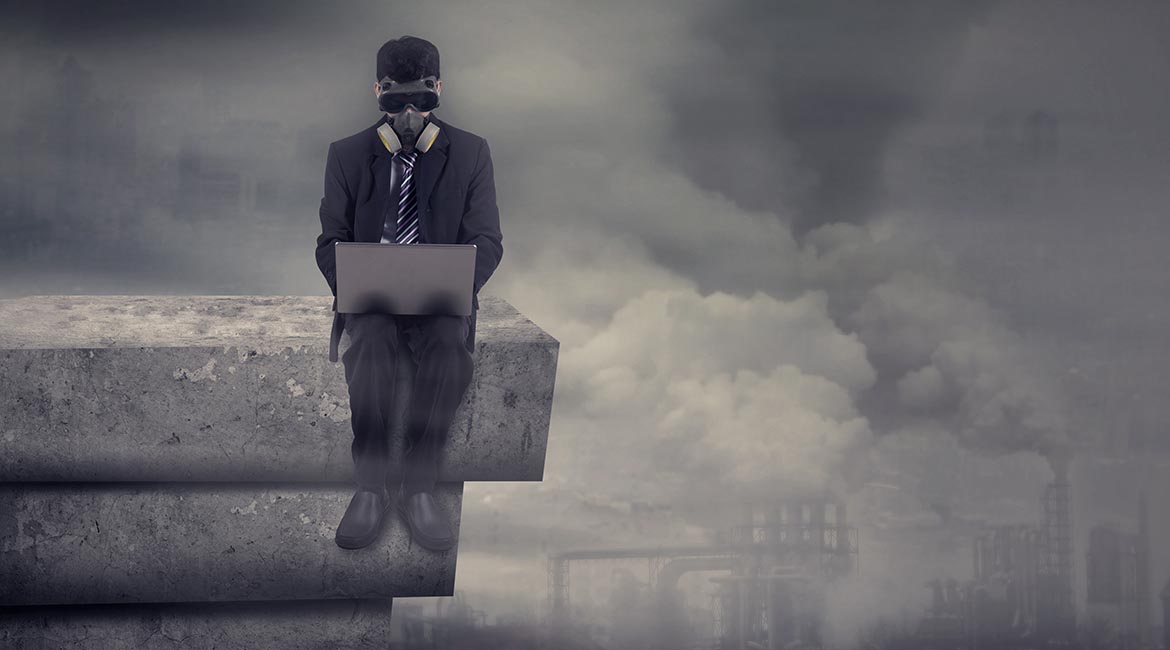 Manish Sharma completed a Master’s degree in Power Engineering at the Indian Institute of Technology in Mandi, India. He is currently pursuing a Ph.D. under the direction of Bora Ung. His first research focuses on the design of a special multimode optical fibre. The fibre’s microstructure can guide doughnut beams at a steady pace over a very large bandwidth. Optical fibres are generally designed to guide single wavelength beams within the infrared or visible spectrum. The special multimode fibre studied by Manish Sharma is able to guide doughnut beams at a steady pace on virtually any frequency from visible to infrared wavelengths. Several optical doughnut beams guided at different wavelengths can run through this multimode fibre while maintaining a mono-shaped profile, a very important feature for applications in space-division multiplexing telecommunications and in laser machining [1]. 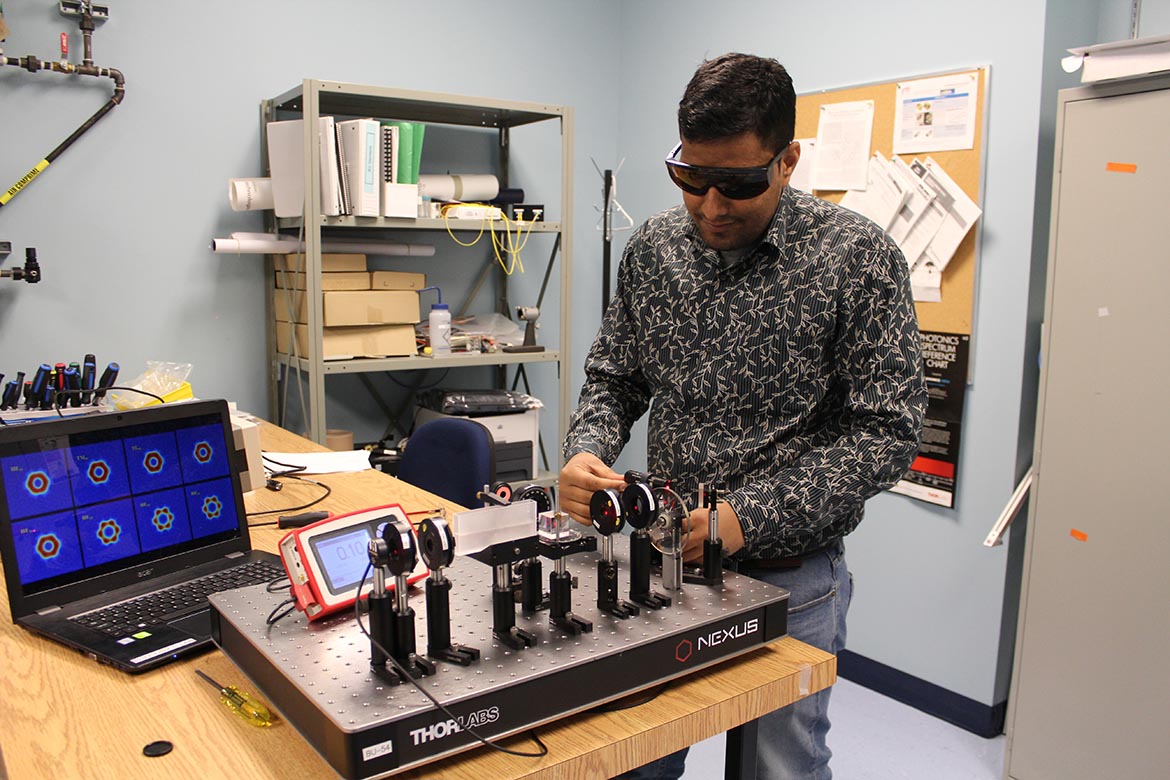 Manish Sharma is also working on the interaction of doughnut beams with liquid biomaterials (plan B). Many biochemical molecules found in nature (DNA for example) have a spiral shape with a specific rotational direction, either clockwise or counterclockwise. This rotational direction could be the difference between a molecule that is beneficial to health and a toxic substance. The chemical formula is the same, but the rotational direction of the helicoidal structure is different. Doughnut beams can be used to improve laser detection of helical-shaped molecules, and to establish their presence and molecule concentration in the context of spectroscopy and remote sensing.

For example, in a biodetection system, the special fibres can channel doughnut beams into liquid-filled containers to detect the presence and concentration of targeted molecules. The light of the doughnut beam will interact with the liquid in the container.

The outgoing optical signal is then analyzed by the spectrometer to determine the presence or absence of a molecule. This special optical fibre is also used to detect other types of helical molecules with a specific rotational direction. Some drugs, when synthesized, may show traces of molecules rotating in the opposite helical direction. The pharmaceutical industry therefore routinely uses spectroscopy to detect these potentially toxic molecular contaminants. 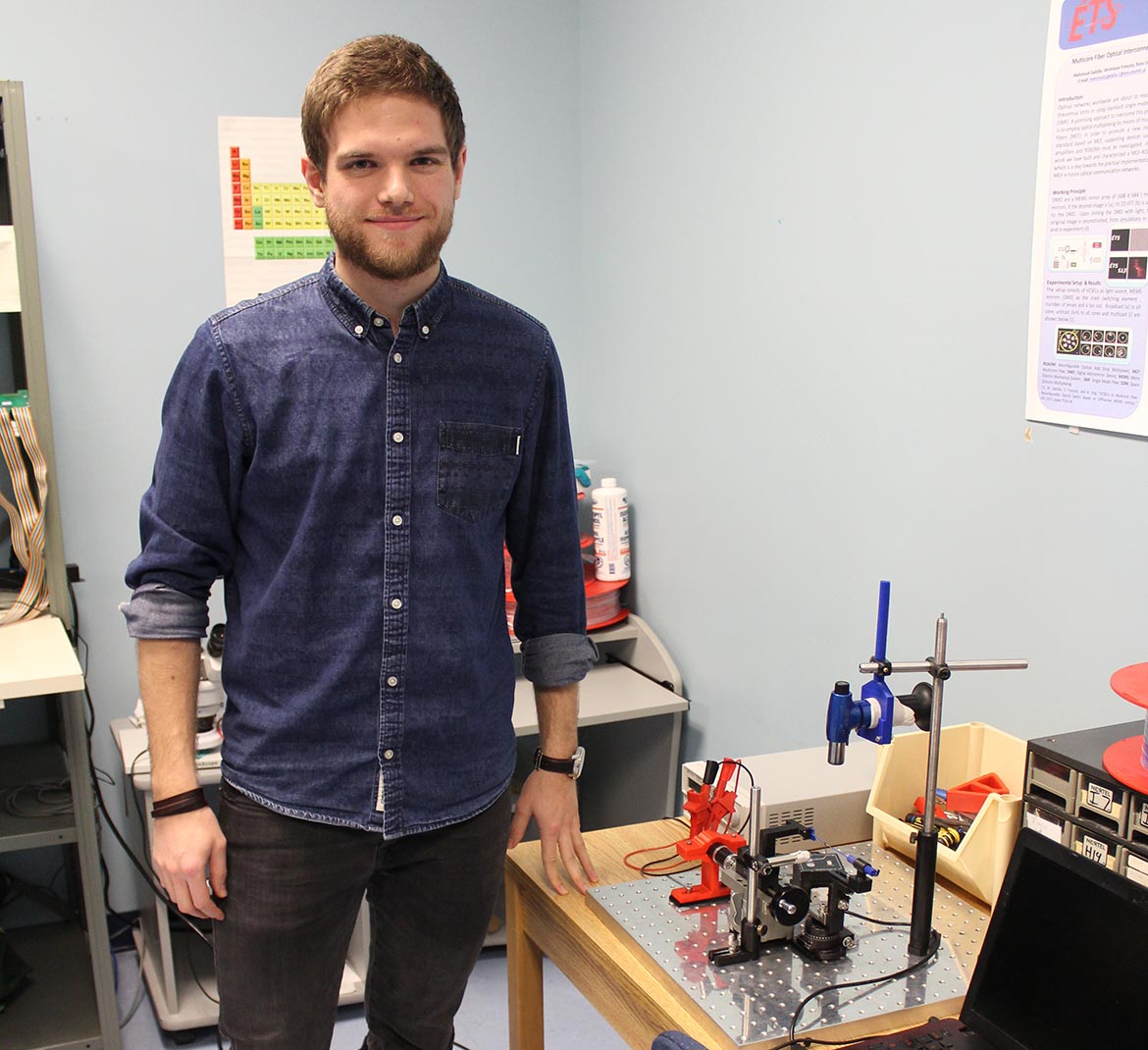 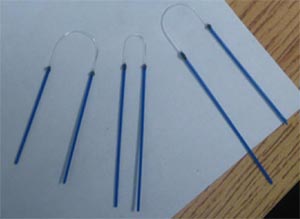 Bastian Lizut is completing a Master’s degree in Engineering at ÉTS in a double-degree program with the Compiègne University of Technology in France. His research focuses on fibre-optic sensors in collaboration with the startup company Senswear Inc., specializing in smart sensor designs. Bastian created a compact multimode optical fibre to measure relative air humidity. A gold coating was applied to the core of the optical fibre in order to increase its sensitivity to the surrounding environment. To give the sensor its compact size, Bastian developed a technique to produce a rigid and rectangular sensor by folding a multimode optical fibre. The fibre is curved in a more compact form of about 4 cm long by 1.5 cm wide. 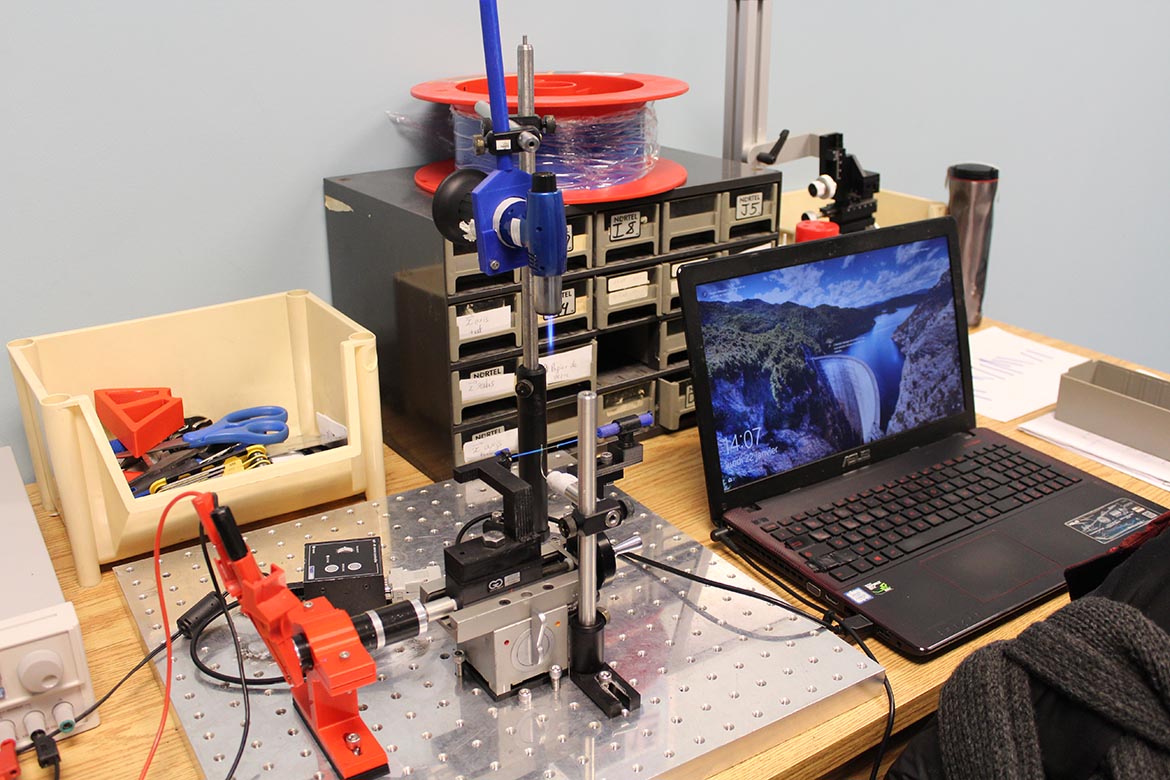 This type of humidity-measuring fibre optic sensor can be used in the oil sector and in high temperature and high-pressure environments. An optical fibre sensor can easily withstand such extreme conditions without the risk of exploding in volatile environments, which is not always the case with electronic sensors. In this industrial project, a set of parallel optical fibre sensors is being designed to measure a series of parameters like temperature, pressure, humidity and concentration of airborne chemical compounds (CO, CO2, methane, etc.).

Other Articles on this Topic

Please read the third article in this series (to be published shortly) presenting current research projects of three more researchers at the ÉTS PHotonics Innovation Laboratory directed by Bora Ung. 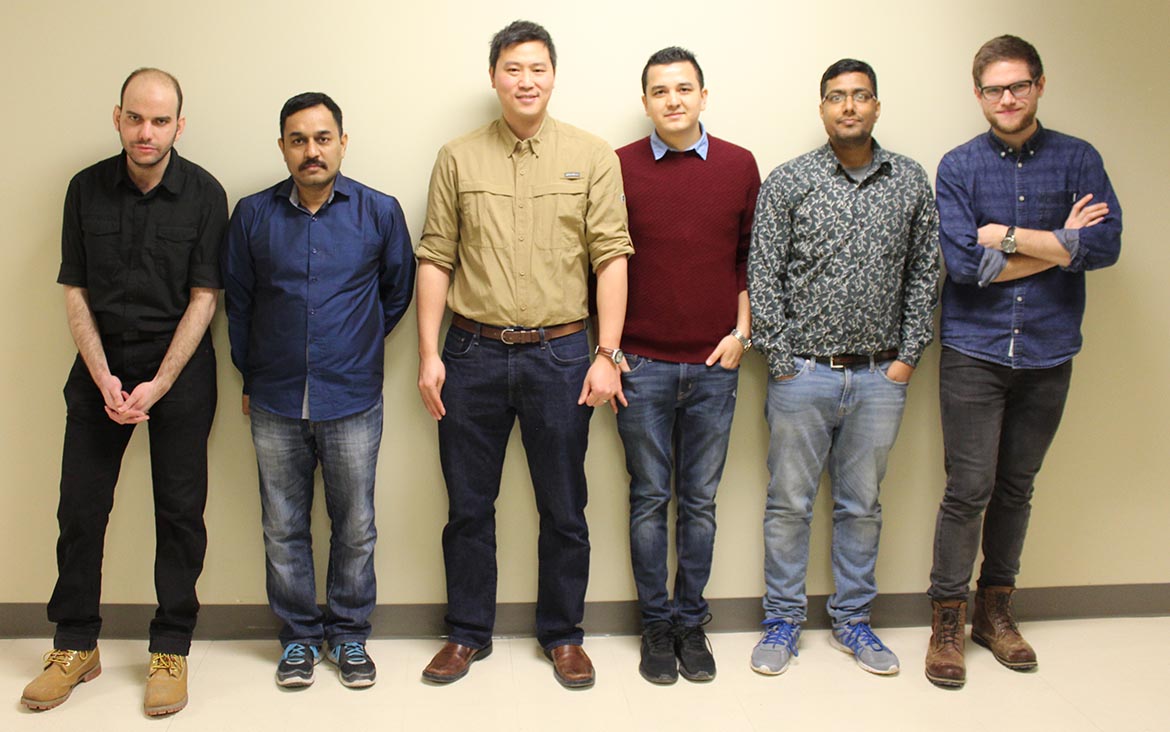 Professor Bora Ung is looking for students to conduct master’s and Ph.D. projects at ÉTS in Electrical and Mechanical Engineering. These projects are focused on the design of flexible silicone waveguides to produce flexible biometric sensors that can easily be integrated into clothing. Applications in health and athletics are also being considered.

Professor Bora Ung is always ready to listen to students interested in laser, fibre-optic and electromagnetic applications, for end-of-studies projects and 15-credit master’s projects in engineering.

Bora Ung is a professor in the Department of Electrical Engineering at ÉTS and a member of the Strategic Center for Optics, Photonics and Laser (COPL).