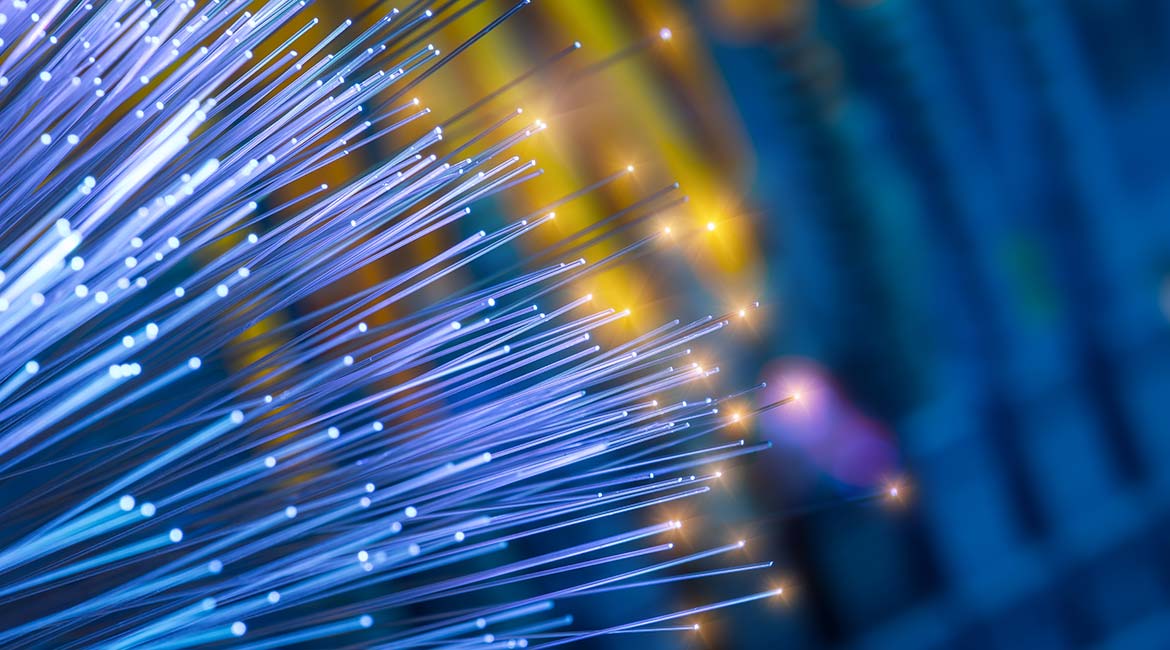 New kinds of optical beams are available to scientists and engineers to push the limits of photonic applications. The so-called “vortex beams” with their distinctive annular shape have been among the most actively investigated in recent years. In order to harness these beams, new methods and devices need to be developed. At ÉTS, we designed and experimentally characterized a new type of optical fiber that not only enables the stable transmission of vortex beams through the fiber, but also forces any light that enters this waveguide to maintain the desired annular profile, via a special waveguiding phenomenon that we named endlessly mono-radial [1]. This new type of fiber called annular core photonic crystal fiber (AC-PCF) also allows tailoring the modal properties of the waveguide (i.e. chromatic dispersion and optical nonlinearities) by engineering its microstructure. Our theoretical design was validated using a fabricated fiber that demonstrated stable vortex beam propagation with high mode purity (˃ 18 dB) in a relatively large bandwidth in the near-infrared. The proposed fiber design has potential applications in space-division multiplexing, optofluidic sensing, super-resolution microscopy and optical trapping. Keywords: Annular core fiber, photonic crystal fiber, annular beams, vortex beams, orbital angular momentum, cylindrical vector beams

In the last decade, optical vortices and vortex beams (e.g. OAM beams) have spurred a highly dynamic research community and stimulated new discoveries encompassing highly diverse areas of photonics, optics, and biophotonics [2-3]. The most striking examples include the demonstration of super-resolution STED microscopy [4] and the promising prospect of space-division multiplexing to improve high-bandwidth optical communications [5-6]. New opportunities from scientific and technological advancements can be found through the development of a broadband coherent source of vortex light [7]. To this end, we have recently described a novel waveguiding regime termed endlessly mono-radial (EMR), which enforces “doughnut-shaped” beams [Fig. 1(a)] to be transmitted inside a novel annular-core photonic crystal fiber (AC-PCF) [Fig. 1(b)] at any input wavelength, while preventing the excitation of unwanted higher-order radial modes [1]. This property is crucial as it opens up the possibility to achieve the broadest and purest fiber transmission of a vortex laser light, including the ability to generate a broadband supercontinuum vortex.

A transverse cross-section of the proposed AC-PCF is shown in Fig. 1(b). It is characterized by an annular core surrounded by microstructured cladding (aka a “photonic crystal” cladding) filled with micrometer-scale air holes of diameter (d = 0.48 μm) and pitch (Λ = 1.4 μm). Here, we note that our design (AC-PCF) is conspicuously different from a standard photonic crystal fiber (PCF) since the core is “ring”-shaped due to six missing holes, whereas a typical PCF has a central core owing to a single missing hole in the middle. We systematically performed finite-element method (FEM) simulations of Maxwell’s equations to investigate the waveguiding properties of this new fiber design [1]. We found the design criterion for the unique EMR regime as d/Λ <0.35, as shown in Fig. 1(a). In the EMR waveguiding regime, the fiber guides only vortex beams with a doughnut-shaped intensity profile [as in Fig. 1(c)] and at any input wavelength of excitation. This feat is not trivial since the excitation of higher radial order modes [inset of Fig.1(a)] is known to occur normally at some point; except in this design.

Next, we performed calculations to find a specific design that enables transmission in the 805 to 845 nm wavelength range, matching the ultrafast laser specifications available in the lab. Specifically, we made sure to optimize the waveguiding properties to minimize chromatic dispersion and optical losses, as well as maximizing optical nonlinearities to achieve the largest spectral broadening via the generation of a so-called supercontinuum (see Ref. [1] for more details).

Figure 1. (a) Identification of the endlessly mono-radial-order regime in the normalized λ/Λ vs d/Λ parameter space of AC-PCFs. (b) Electron microscope image scan of the fabricated AC-PCF (c) Intensity and phase distributions of the vortex (OAM+11) mode supported by the AC-PCF [1].

Scientific collaborators from the strategic research cluster Center in Optics, Photonics and Lasers (COPL) helped us fabricate the actual AC-PCF sample. We then performed an experimental characterization of the fiber by converting a Gaussian beam (from a tunable laser in the 805 to 845 nm range) into a vortex beam via a diffractive optical element called an S-plate [Fig. 2(a)]. The ensuing vortex beam was subsequently launched into the fiber through a microscope objective, and the transmitted signal and image were recorded with an infrared camera [Fig. 2(b)].

Figure 2. (a) Experimental setup for the launch and imaging of OAM beam in AC-PCF (b) Mode purity of OAM beam (after fiber) as a function of wavelength, Inset, mode images at certain wavelengths.

Our results in Fig. 2 (b) indicate that vortex beam purity remains high (˃ 18 dB) throughout the entire investigated wavelength range, which confirms our prediction of stable and broadband vortex beam transmission using an AC-PCF [8]. The next step in this research project will be to demonstrate the generation of a broadband optical vortex supercontinuum in the near future.

The outcome of this research provides another small step towards improving our understanding of the physics that underpins these relatively new and exotic vortex beams, as well as contributing to the development of new tools and devices for their generation, transmission, and control. Ultimately, optical vortex beams offer tantalizing prospects of groundbreaking innovations that have yet to come in many fields, including next-generation optical communication networks, quantum communications, optical sensors, and imaging.

For more information on the research, please read the following paper:

Manish Sharma is a PhD student in the Electrical Engineering Department at ÉTS. His current research involves the design and development of a novel optical fiber for the stable transmission and supercontinnum generation of optical vortices.

29 May - Sensors, Networks and Connectivity 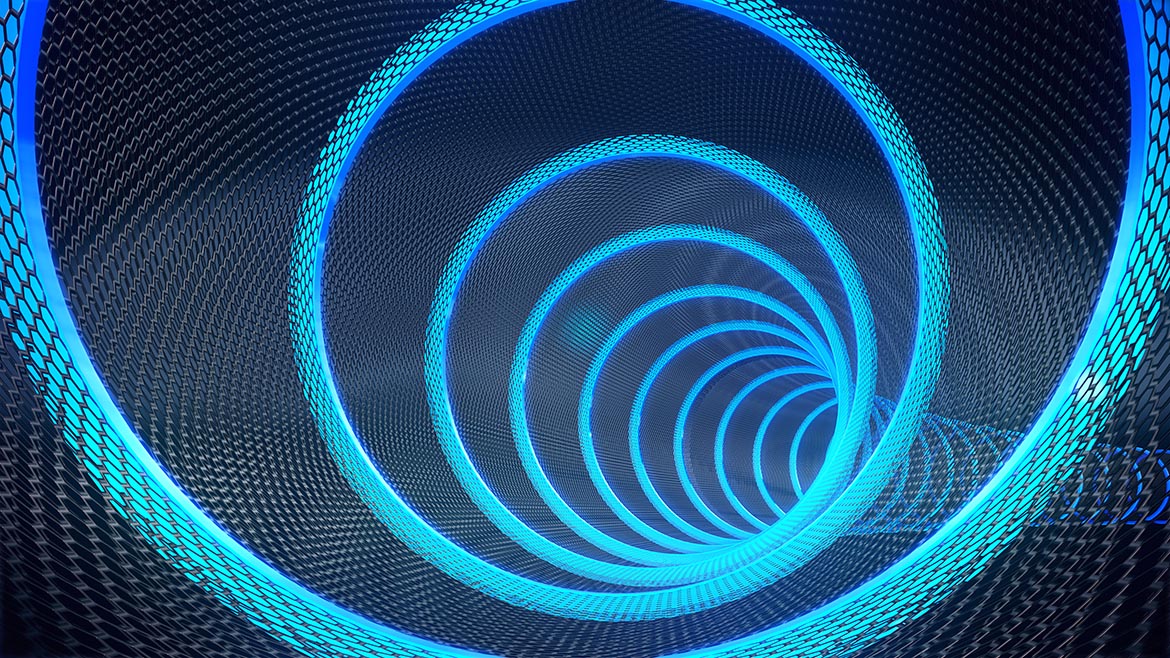