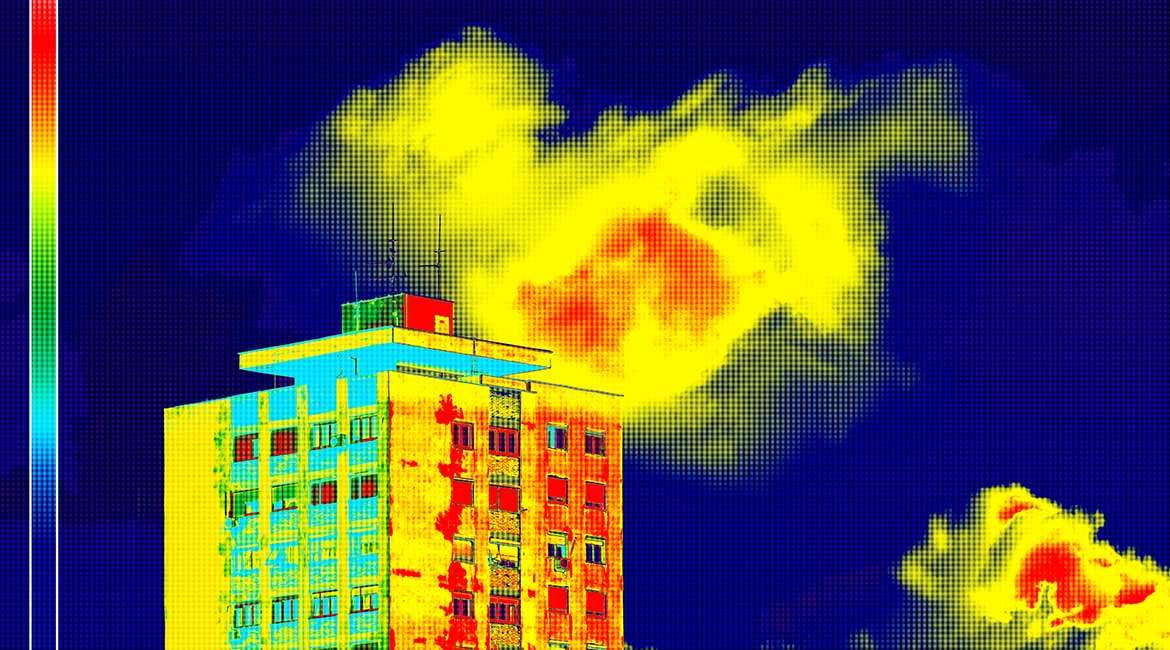 Header image purchased on Istock.com and is protected by copyright.

Soaring temperatures are no longer a nightmare reserved to countries of the South. Elsewhere, the reality is that pollution elevates temperatures in urban heat islands. Geothermal systems are not readily available and air conditioning units are not only expensive, but also energy-intensive. A team from the Massachusetts Institute of Technology has designed passive cooling technology that requires no energy to operate.

The system was designed by researchers from the Department of Mechanical Engineering. At this stage of the research, however, it can cool only small spaces. It can be used, for example, in military or humanitarian missions to conserve food and medicine. It can also be combined with existing electrical systems to reduce energy consumption without resorting to the installation of complex devices.

The system is based on the concept of radiative cooling. In essence, thanks to the selectivity of reflected and transmitted wavelengths, the device reflects almost all sun rays and emits infrared radiation into the atmosphere to dissipate heat. This type of heat transfer has been used since ancient times to cool homes at night, but was not effective during the day, because the sun’s heat was much stronger than the cooling effect.

Recently, several researchers have tried to design passive cooling systems based on the same principle. However, these systems are equipped with sophisticated and expensive photonic devices. They are complex because most are designed to reflect virtually all light rays and emit mostly infrared. This requires a material composed of layers with thicknesses accurate to the nearest nanometer. But the team’s solution can achieve the same result with a much simpler device.

What is more, they were able to use inexpensive material to manufacture the device. Made from a plastic film, an insulation device, a polished aluminum coating and white paint, the unit is composed of the following functional parts:

The team tested the device on a terrace at the university to validate its proper operation. However, they point out that atmospheric moisture blocks infrared emissions, which limits the cooling effect. The ultimate goal is to use this system even in tropical regions. Theoretically, the system can cool down to 20oC below ambient temperatures. In Boston, where the climate is humid due to the ocean’s proximity, the team recorded a temperature drop of 6oC during the tests. In the southwestern United States, where it is drier due to the desert environment, the unit could lower the temperature by 40oC.

The team made an application to patent their technology. Meanwhile, they are continuing their research to improve insulation while preserving the ability to propagate infrared.