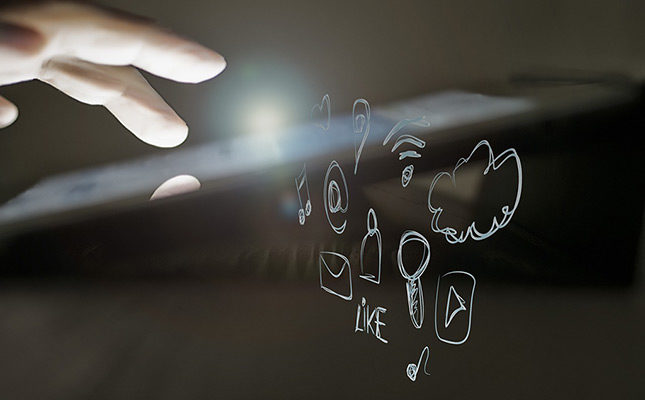 The capacity of a network using infrared light is very high. It can exceed 40 Gbit/s per ray. In addition, it is not necessary to share this capacity since any device can tap into its own benign light ray of a different wavelength. The technology was inspired by experimental devices using ceiling LED lights, called Li-Fi—such as Oregon State University’s WifiFo—that increase the total speed of Wi-Fi per user while avoiding interference from neighboring networks. Note that this technology is more effective because infrared light is able to penetrate several types of materials, thereby increasing Wi-Fi’s propagation surface.

How does Oh’s system work? Wireless Internet data are transmitted from central light emitting antennae, powered by a fiber-optic cable, using networks that emit light rays in different directions depending on their wavelength and angle (passive diffraction). Indeed, the system requires neither electric power nor maintenance. When mounted on the ceiling, these antennae are able to direct light rays very accurately toward several devices. Using light rays with different wavelengths avoids connection slowdowns, regardless of the number of devices. Why?

The network reaches the exact location of each device by following its radio signal. Adding several devices is very simple since each one will be assigned a different wavelength through the same antenna. Therefore, the network capacity is not shared. Also, when a smart phone or tablet is beyond the line of sight of an antenna, another one takes over. Finally, thanks to this technology, there will be no more interference between neighboring networks.

Performance and Limitations of the New Li-Fi

Traditional Wi-Fi uses radio signals with a frequency of 2.5 or 5 GHz. The system designed at the TU/e uses infrared light with wavelengths of 1500 nm and more. These frequencies, which are thousands of times higher, about 200 THz, increase the data transmission capacity. Oh even managed to reach a speed of 42.8 Gbit/s over a distance of 2.5 m. By comparison, the average connection speed in the Netherlands is two thousand times lower (17.6 Mbit/s). Even with the best existing Wi-Fi system, it is not possible to reach more than 300 Mbit/s, which is one hundred times less than the speed of infrared light. For now, this technology uses light rays only for data downloads. Uploads are always performed using radio signals because in most applications they require much less capacity.

According to Koonen, this new technology will be brought to market in five or more years. He believes that the first devices connected to this new type of wireless network will be high-data consumers such as monitors, laptops and tablets. For this project, other Ph.D. students are working on a technology that will track the location of all wireless devices.

The work of Oh and Koonen is currently with researchers at TU/e’s Institute for Photonic Integration, one of the leading photonics institutes working on the use of light in data transmission.