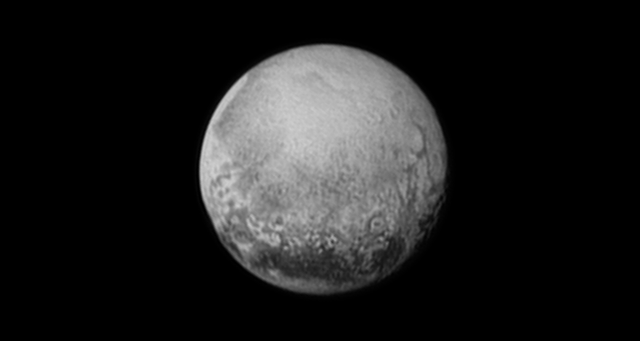 The New Horizons is currently studying the Plutonian System with its seven instruments – three optical instruments, two plasma instruments, a dust sensor and a radio science receiver/radiometer. The probe’s mission is to study the plutonian system, more specifically Pluto’s surface, its atmosphere, its solar wind and its moon Charon. 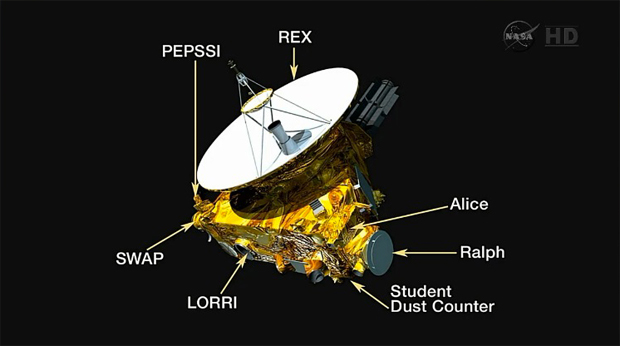 At this time, researchers have no control over the operation. At this distance it takes four-and-a-half hours to send a command to the space probe, twice the time to see if it was well received and even more time to find out if it has been accomplished. 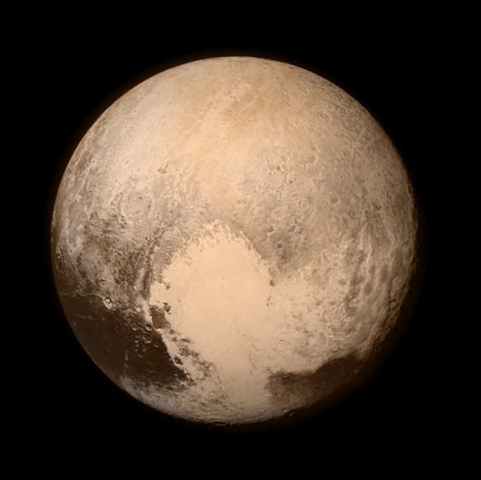 For the next few days, New Horizons will continue to focus on observations. Then the spacecraft will take the time to transfer the data. The bad news is that we will have to wait until October 2016 before all the scientific data reaches the Earth (the probe does not have broadband!). Nevertheless, we should receive some images by the end of the month.

The New Horizons probe did not wait this day to reveal its first findings. Recent measurements obtained by the latest images indicate that Pluto has a diameter of 2370 km. This places Pluto back to the rank of the largest object of the Kuiper Belt.

In early July, the spectrometer Ralph / MVIC (Multi-spectral Visible Imaging Camera) has confirmed the presence of methane in the form of ice.

According to the NASA, the latest images show for the first time that some surfaces on Pluto are peppered with impact craters and are therefore relatively ancient, perhaps several billion years old. Other regions, such as the interior of the heart, show no obvious craters and thus are probably younger, indicating that Pluto has experienced a long and complex geological history. Some craters appear partially destroyed, perhaps by erosion. There are also hints that parts of Pluto’s crust have been fractured, as indicated by the series of linear features to the left of the heart. By contrast, the dark terrains along Pluto’s equator are still holding its secrets.

The mission of New Horizons is far from over! According to the latest news, the probe is in great shape and all its systems are operating normally. It should therefore continue, as planned, its adventure in the Kuiper belt until 2020. 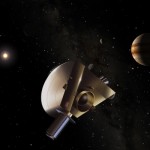 85 years after its discovery, what happens with Pluto?

A memorable birthday 85 years after its discovery by the American astronomer Clyde W. Tombaugh, Pluto has still plenty of mysteries…