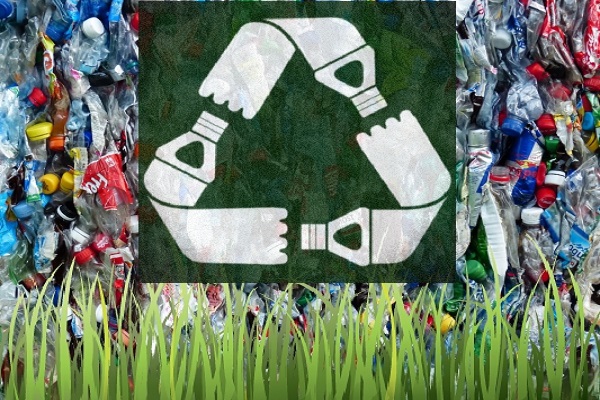 Scientists at University of Stanford in California devised a new way to produce plastic from carbon dioxide (CO2) and waste from agricultural processes and grass.  This advancement presents a cleaner alternative for the production of low-carbon plastic that could replace the use of oil-derived products in the consumer industry.

The most common precursor for today’s plastics is polyethylene terephthalate (PET), commonly known as polyester.  By 2014, the world produced more than 300 million metric tons of plastic.  Most of the PET produced worldwide turns into polyester for its use in fabrics, textiles and automotive industries; polyvinylidene chloride for food packaging, and polycarbonates for eyeglasses and compact discs, among thousands of other uses [1]. More importantly, the production of plastic is expensive in terms of energy requirements,  from 62 to 108 mega joules of energy per kilogram of produced material. 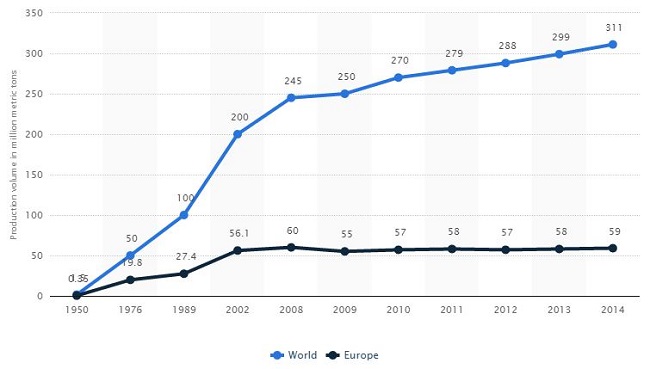 Plastic is a direct byproduct from refining petroleum and natural gas.  This yields high emissions of CO2, contributing to increase global warming. Disposal of the produced materials presents another problem.  A plastic beverage bottle may take 450 years to decompose in the environment [2].   “The use of fossil-fuel feedstocks, combined with the energy required to manufacture PET, generates more than four tons of CO2 for every ton of PET that’s produced,” said professor Matthew Kanan [3], one of the authors of this study and an assistant professor in chemistry at Stanford.

The team reports that by using a simple salt called Caesium Carbonate, they can activate organic substances, present in waste from agriculture and grass, to further react with CO2.  Particularly, they found that CO2 can react with 2-furan carboxylate (FC, Furoic Acid) to form furan-2,5-dicarboxylic acid (FDCA) [4]. Furoic acid is widely used in the synthesis of pharmaceutical, agricultural and industrial chemicals.  Also, FC is a feedstock used in the production of FDCA.

FDCA has the potential to replace large-scale petroleum-derived products because its sources come from biomass and not oil. FDCA was classified by the US Department of Energy as one of 12 priority chemicals for establishing the “green” chemistry industry of the future [5].  Mixing FDCA and ethylene glycol produces a green-plastic replacement called polyethylene furandicarboxylate (PEF).  PEF is superior to PET at sealing out oxygen for bottling applications [6].

The great contribution of this study is the route to produce FDCA from environmentally-responsible sources.  Waste materials from agriculture waste, maize (corn) stover and sawdust are widely available from many other industries worldwide.  From all this waste, an industrial compound is extracted called furfural that is a furoic acid precursor.  Combining the furoic acid with CO2 at the mild temperature of 200 °C yields a molten salt that after a few hours turns into FDCA.

This study can be found at, SOURCE.