Never Too Young for Substance ÉTS - By : Substance,

Never Too Young for Substance ÉTS

“These glasses are equipped with a calculator that can only be seen by the person wearing them. Just click a button and the rest is done mentally: all it takes is to swallow a pill connected to the glasses and think of the calculation to make! “.

Not bad! A pill connecting the brain to an object is surprisingly similar to the research currently being carried out by Google on pills equipped with microchips.

This invention was not imagined by a team of brilliant researchers, in the high-tech laboratories of an internationally renowned university, but rather, by a young first grade high school student working on a project for… a French course !

At the André-Laurendeau high school of the commission scolaire Marie-Victorin (Québec, Canada), Joumana Fathallah, author of the calculating glasses idea, is following the International Baccalaureate Program (IB in English, and PÉI in French for programme d’éducation internationale) which, among other things, introduces students very early to methods of research and creativity. In a French project, as part of a scientific and technical innovation framework – one of IB’s global endeavors – the students had to carry out their own version of technological watch in different ways.

How do you inform today’s teenagers, as part of a French course, on recent scientific discoveries, and keep it fun?

The project was simple: students from classes 122, 123 and 124 were instructed to choose, from a website, four exciting innovations and analyze one which, in their view, would become the invention of the future.

Afterwards, in teams of four or five, they had to write a poem on the subject. They could also get bonus points by meeting any of the following conditions: either modify the invention by adding their personal touch with a drawing, or draw their own invention inspired from articles on other interesting inventions that they may have read about.

Substance ÉTS was promoted as a resource for several reasons: it is published online, therefore providing easy access; French is the main writing language; it is a Quebec site, and is reliable; and, furthermore, it originates from an academic background.

Concerns of the Younger Generation

The 89 students were fascinated by their discoveries. The selections for the future were countless and varied: the floating house, the Walkar, a bioartificial kidney, the Stentrode, a digital cow, the Lightie, the Fatbike, Nixie, Moley the robot cook, the Sure House, the Concorde, the SkyJack, an invisibility cloak, a Minimalist Shoe, 3D organ printing, the Cubesat, the Tile to find misplaced objects, the concept of self-washing clothes, all forms of drones, an artificial chameleon, etc.

To celebrate their invention and add fun to it, the students learned to create slams. This poetic style, which encourages self-expression, usually evolves around social themes. Here, however, the assignment was different: to celebrate their invention published on Substance ÉTS with a slam.
Each team member, from every team, had only 10 minutes to produce two verses. Then they recited their poem to the class. Imagine a team of four or five teenagers, offered the opportunity to express their ideas and feelings through quick wit, fancy steps, finger-snapping, and clever rhymes to convey their findings!

Adam Zahrou, in improving the Cubesat, suggested adding a propulsion system and a radar to enable it to navigate in space. The Cubesat “will also be equipped with a communication system connecting with other nano-satellites, to avoid exploring places that were already done.”

Vanessa Pigeon suggested the idea of a lower floor with panoramic windows in the floating green home, allowing observation of the seabed and maybe discovering some unknown species. 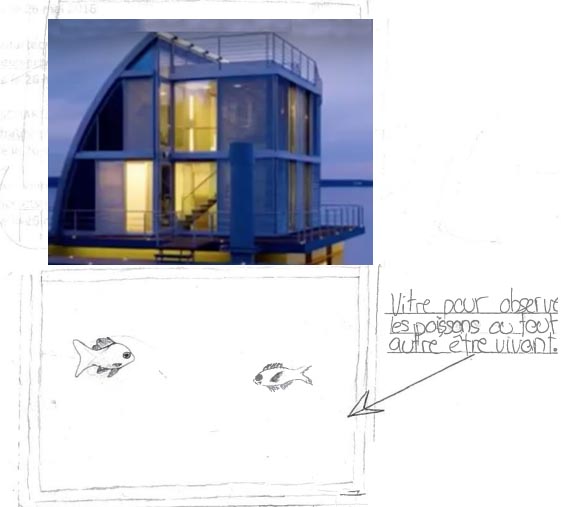 Daria Gridneva created her own product and presented it: “The Perfect Nail Polish is an invention for girls, more or less. It is a box equipped with a sponge with five finger holes. To apply the polish, you just have to put your fingers in the holes and wait one minute, enough time for the machine in the box to give you the perfect manicure, with the color and length of nails you want!” So convenient!

And to top it off, Joumana’s take on the glasses:

“They should be banned during math exams!” 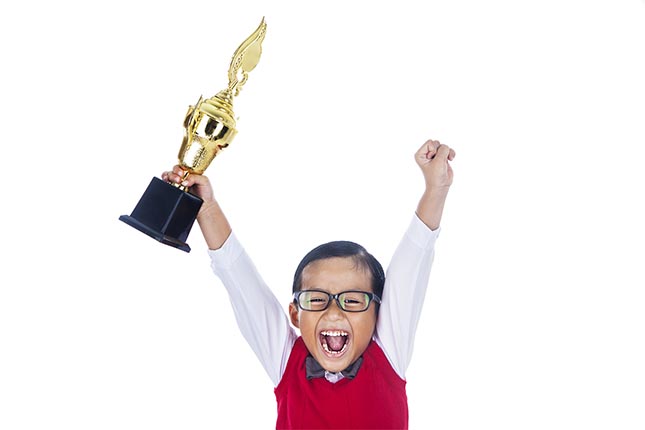 Math… Ah well! Each generation has their own concerns… But beware the rascals who think these glasses will be an easy way of solving formulas and calculations!