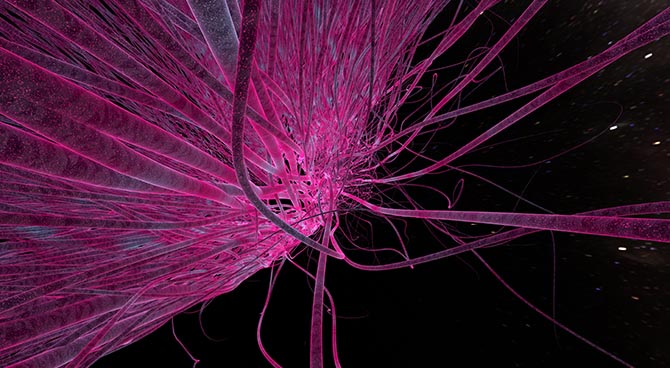 Since the invention of liquid bandages, nanotechnology has continued to occupy the fields of lesion and wound treatment. After the airbrush, created in 2014 by a University of Maryland team, which sprays a biopolymer to seal patient incisions, a new solution has surfaced, promising greater accuracy and biocompatibility. Indeed, team members at Harvard University developed the most efficient and multifunctional lesion repairing device yet. Their study, an interface between biophysics and tissue engineering, entitled “Design and Fabrication of Fibrous Nanomaterials Using Pull Spinning,” was published on January 17, 2017, in the Macromolecular Materials and Engineering journal.

With this instrument, biodegradable nanofibers are injected to suture external and internal lesions. How does it work? There are several techniques for manufacturing nanofibers. These versatile materials can be produced by centrifugal force, capillary force, electric fields, pulling, blowing, melting and evaporation. Researchers from the Disease Biophysics Group, at the Harvard John A. Paulson School of Engineering and Applied Sciences and the Wyss Institute for Biologically Inspired Engineering, developed a new method called Immersion Rotary Jet-Spinning (iRJS). The team optimized a method initially created by Kit Parker, Professor of Bioengineering and Applied Physics at the Wyss Institute, namely the Rotary Jet-Spinning(RJS) method. This proved to be effective with respect to existing methods, such as electrostatic spinning, while operating under the same principle of ejecting fibers onto a projection surface. Indeed, the RJS method does not require high voltage electric fields and the diameter of the fiber can be predicted.

Production of nanofibers by electrostatic spinning

IRJS differs from RJS in its method of solvent removal, which makes it possible to diversify the types of fibers being synthesized. In iRJS, the polymer solution comes out of a reservoir, and then hits a rotating liquid bath which removes the solvent by centrifugal force. Similar to water in a salad spinner, the nanofibers following the current of the vortex elongate, solidify and wrap around a rotating collector placed at the base of the apparatus. By following this movement, the fibers form well-aligned webs, which is an important structural advantage for ballistic materials.

With this system, the team was able to produce para-aramid, nylon, DNA and alginate nanofibers. The fiber diameter can be adjusted by changing the concentration of the solution, the rotation speed and the distance the polymer travels from the reservoir to the bath. This setup creates a cellular scaffold that imitates the embryonic and muscular tissues of the skeleton. Before this breakthrough, there was no mobile device capable of producing useful nano-bandages, or bio-interfaces for military and disaster medicine.

The team developed a small mobile device that can quickly produce nanofibers while precisely controlling the direction of the jets. The device can inspire many other applications related to medicine and fashion. Indeed, the regulation of fiber alignment and deposit is crucial in the construction of nanofiber structures that mimic biological tissues or textiles used in polymorphic clothing design. Since the compounds used can generate textiles with variable mechanical properties, it will be possible, for example, to spray a sports garment to gradually heat or cool the body of an athlete.

The apparatus has a device that operates according to a method called pull spinning, which is the same as the iRJC principle. Indeed, a high speed rotating bristle dips into a polymer or protein and pulls a droplet into a jet. The fiber takes on a spiral trajectory and hardens before it is detached from the wheel and directed to the target surface. As in iRJS, the solvent is removed by centrifugal force. Unlike other processes that present many variables, pull spinning requires only one type of configuration, namely the viscosity of the solution, in order to control the diameter of the nanofibers.

The process works with a wide range of polymers and proteins. The researchers tested the effectiveness of the device using polycaprolactone and gelatin fibers to guide the growth and function of muscle tissue in tissue scaffolds. They also used nylon and polyurethane fibers to design a fabric that hugs the shape of the body, tested on a plastic doll.