The Future Mover Robot - By : Substance, 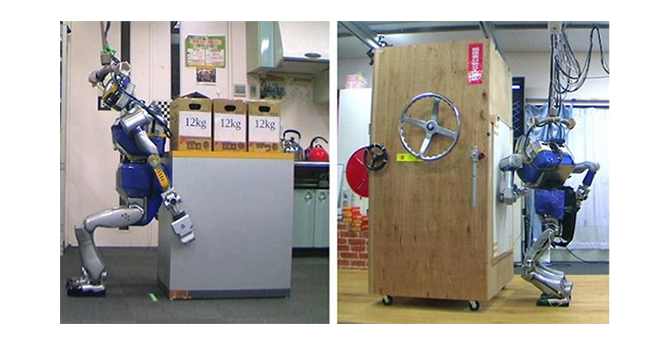 You are moving shortly and you are already anxious to carry your heavy boxes?

The University of Tokyo found you a solution: A humanoid mover robot!

The researchers from JSK Laboratory created a robot with multiple decision algorithms which allow it to evaluate the force required before moving heavy or bulky object. Moreover, like humans, it can compensate by using its body to optimize its pushing power.

The humanoid robot with its 1.54 meters (5,05 fits) and 58 kilograms (128 pounds) begins to try pushing with its arms and if that is not enough it uses its body to optimize the force deployed. The robot tries various postures until it finds one that allows to push more effectively.

HRP-2 was exhibited during the conference ICRA 2015 (International Conference on Robotics and Automation), held in Seattle, USA from 26 to 30 may 2015. During the demonstration the robot was able to drag various heavy objects. Nevertheless it will still need a few years to develop the concept and make this mover robot functional.

So if you move, just remember that perhaps it would be the last time you do it yourself. Next time, a robot may do the hard work for you.