By the year 2020, following the report from the European Commission in Aeronautics, new airliners must reduce carbon dioxide (CO2) emissions by 50% and nitrogen oxide (NOx) by 80%, in relation to the levels registered in 2005 [1].

The procedures for missed approaches were studied to reduce aircraft fuel consumption [2], [3]. Given the increasing number of aircrafts planned for the coming years, it is important for the aviation industry to find efficient solutions that can help to achieve these goals. Several solutions are being explored by the aviation industry reducing:

The first solution, for example, could be to manufacture the fuselage (a main component of the aircraft) in composite materials. Composites are known to have better properties than materials such as aluminum or steel.

Our project lies in the second option: designing and manufacturing a morphing wing equipped with actuators and sensors, developed as part of a previous project, the CRIAQ MDO 7.1 (Multi-Disciplinary Optimisation).

The aim of this project was to improve the laminar flow on the upper surface of the wing by decreasing drag, in order to reduce fuel consumption.

With the morphing wing concept, the ideal scenario would be that a wing, which was initially optimized for cruising, can also be optimized for all other phases of flight, such as takeoff and landing, thereby optimizing all phases. The shape change may be carried out by actuators located within the wing. Several such as the chord line, the camber line, the length, and the thickness can be modified to fulfill the principle of a morphing wing.

Description of a Morphing Wing for the ATR-42 Transportation Aircraft

Figure 1 – Manufactured wing for the ATR-42.

Figure 1 shows the model wing manufactured for the ATR-42 aircraft. Two actuator lines are located inside the wing, at 30% and at 50% of the chord. A skin made of morphing composite, designed for this project, is located between 10% and 70% of the chord. The force that the actuators must apply to the morphing structure depends on the number of actuator lines, on the material used to make the composite structure and, especially, on the required deformation of the skin to improve aerodynamic performance. Only two actuator lines could be installed because of the limited space inside the wing. The maximum displacement allowed by the aerodynamic optimization calculations is 4 mm (0.16 in). With this configuration, different airfoils optimized for various flight conditions have been developed.

The thickness of the wing is modified by the actuator mechanism shown in Figure 2.a and 2.b. 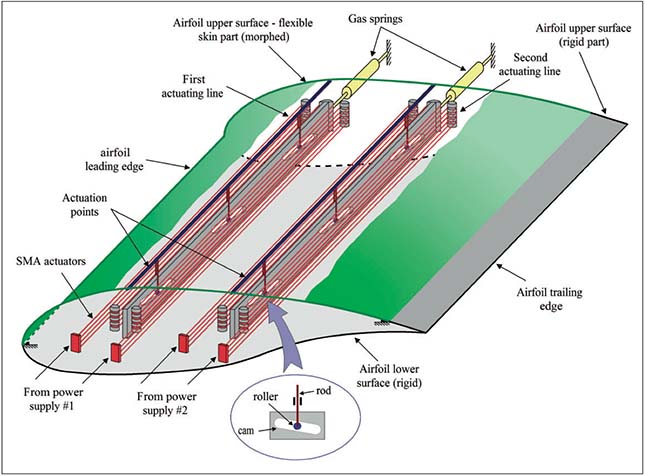 Figure 2.a and 2.b – Actuator mechanism. 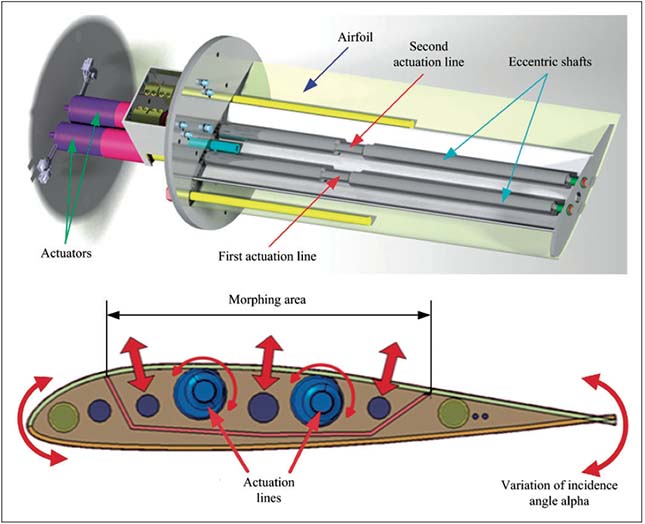 The goal of the project was to evaluate the drag reduction made possible by the morphing wing technology (Figure 3).

The main idea was to minimize drag during all the phases of flight. One way to achieve this drag minimization is to delay the transition between the laminar flow and the turbulent flow. In this way, a greater laminar layer on the entire upper surface of the wing can be achieved.

Both of the designed and installed controllers are linear and of the proportional-integral-derivative type (PID). A PID is an algorithm or function that calculates an error value as the difference between a measured process variable and a desired setpoint. The output of the algorithm is a control signal that will reduce and cancel the difference between the setpoint and the measured process variable.

The controller coefficients were established from the numerical model of the system. After getting the coefficient values, corrections were programmed with the LabView software for their experimental validation. 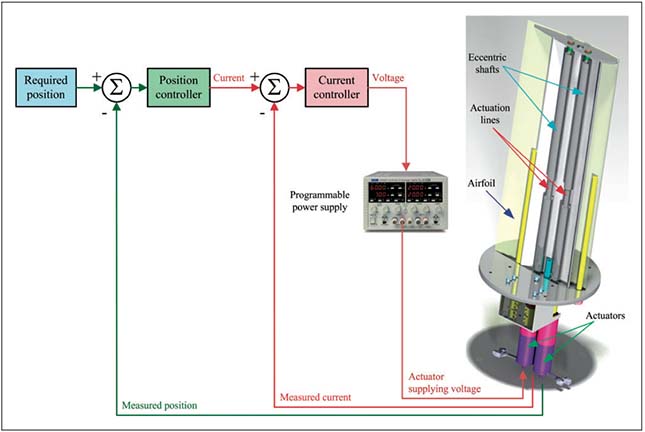 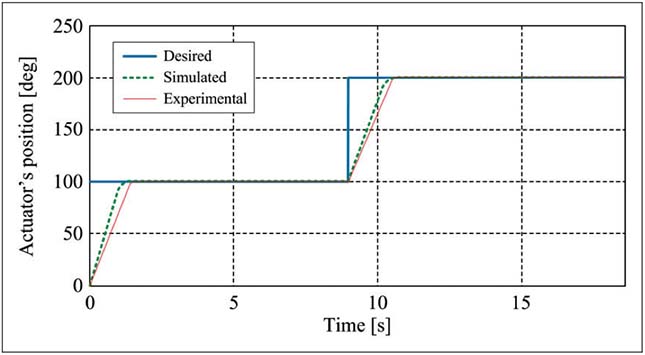 As shown in Figure 5, a programmable voltage source for the actuators (direct current electric motors) was used for experimental validation of the resulting control law. Figures 6.a and 6.b show the results of the position control for a flight at Mach 0.2 and an angle of attack of -1 degree and 0 degree. The various flights considered in this research can be found in ([4] – [6]). The potential of the technology in fuel reduction percentage is highlighted in [7].

To get more information on this subject, we invite you to read the following article:

Michel Joel Tchatchueng Kammegne is a research assistant and Ph.D student at ÉTS. His research interests include the design of electromechanical system models, the development and integration of control laws.