Moley, a Robot that Cooks more than 2,000 Recipes!

Have you ever dreamt of a robot that cooks for you? By 2017 this will become possible!

Its two mechanical arms made of 20 motors and 24 joints are able to make more than 2,000 dishes in complete autonomy. This kitchen Robot uses robotic hands developed by London-based Shadow Robot which supplies similar robot hands to NASA. A kitchen was specifically designed and built for it. 129 sensors were used to record in 3D the movements of a chef, allowing the robot to mimic his exact movements and cook 2,000 recipes. These robot hands can pick up and interact with almost all types of kitchen equipment such as whisks, knives and hob.

The user must simply choose a dish with the integrated digital display in the kitchen or through a connected application via his/her smartphone, for example.

The kitchen will be provided with a protective glass and fire extinguishing system, in order to make the robot safe to use even if you are not at home. 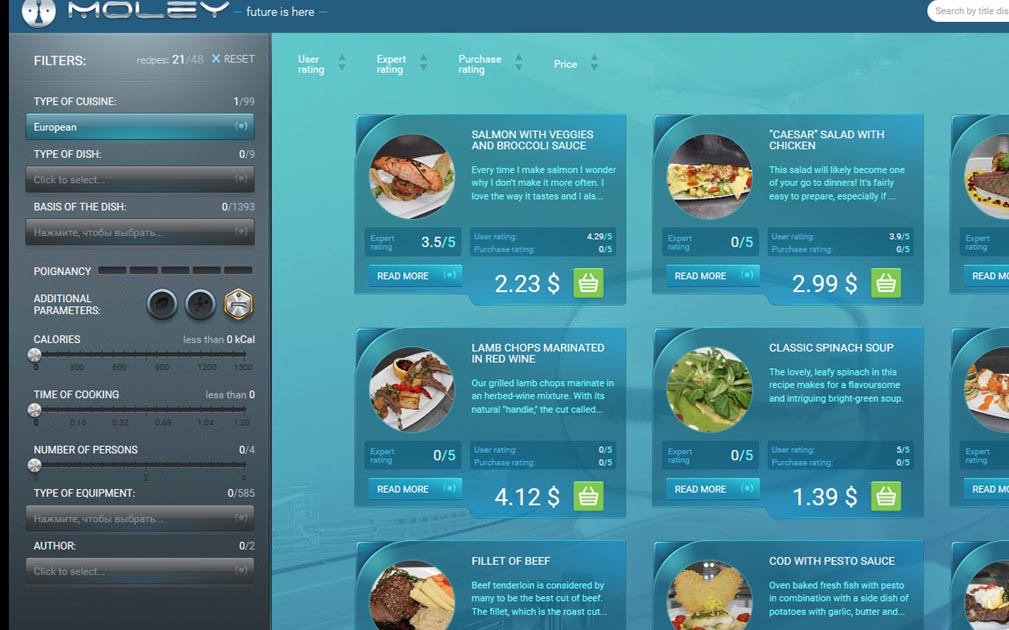 The only thing that will be left to do: find Moley a robot friend who will go grocery shopping for us!