A mobile reactor that converts marine plastic into biofuel - By : Hanen Hattab,

A mobile reactor that converts marine plastic into biofuel 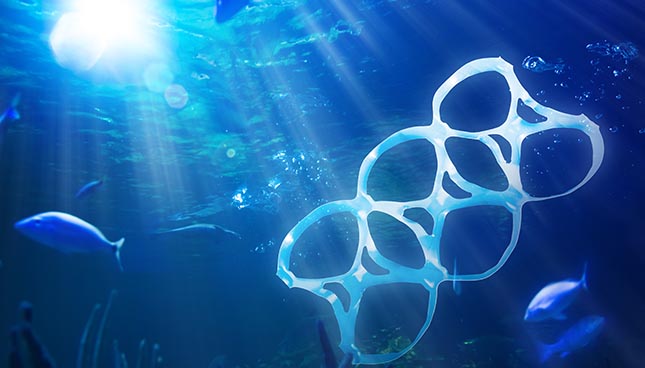 Captain James Holm and organic chemistry researcher Swaminathan Ramesh of Michigan have created a small mobile reactor that can be installed on ships to convert plastic waste into biofuel. The technology, patented as P2F conversion, was presented at a press conference at the American Chemical Society’s 253rd conference on April 3, 2017. Before meeting, the two colleagues were already working to address the problem of ocean pollution by plastic waste. Ramesh created EcoFuel Technologies and combined his chemical knowledge with Holm’s ecological expertise. Holm, for his part, founded the non-profit organization, Clean Oceans International, which is developing an educational program and university research on the ground. The program collects data and studies the impact of plastic pollution on the marine environment.

Researchers have developed a technology that converts hydrocarbon-based plastic waste. For years, Ramesh has explored the pyrolysis technologies used to decompose or depolymerize non-recyclable plastics. However, this process involves complex, costly and cumbersome refining steps to obtain a fine fuel.

The Process of Transforming Non-Recyclable Plastics into Fuel

Simplification and miniaturization of pyrolysis

To reduce and simplify the pyrolysis system, Ramesh has developed a very simple process that not only produces the fuel directly without refining, but also avoids the stage where the different types of plastics are sorted. The polyethylene, polypropylene and polystyrene used in the manufacture of packaging can be fed together into the same heating tank. Indeed, the system uses a metallocene catalyst which, deposited on a porous support and conjugated to a controlled pyrolysis reaction, produces diesel fuel. This technology is also cost-effective on a small scale and operates with relatively low and variable temperatures.

Metallocenes are organometallic complexes that make it possible to manufacture coordination polymers like polyethylene, plastomers and polypropylenes. In P2F conversion technology, the catalyst is used instead to accelerate the depolymerization of plastics. By accelerating the pyrolysis process, the catalyst also helps to reduce the carbon footprint of the entire system. It is possible to convert between 100 and 10,000 pounds (4,5 à 4 550 kg) of plastic per day, which would create about 10 to 1,000 US gallons (38 à 3785 litres) of diesel fuel every day. Due to its small size, the unit can be installed anywhere and process the plastic waste collected on site without having to make additional trips. The whole system can be housed in a 6 meter container or at the back of a flatbed truck.

As the machine costs between $1.5 and $2 million, and the price of oil is over $2.50 per US gallon, the machine becomes profitable after two years.

The researchers will soon lead a pilot project for the city of Santa Cruz, California. The city wants to get rid of non-recyclable plastic waste and produce diesel fuel to power its vehicles. The two researchers are collaborating with Cabrillo College and the University of California Santa Cruz to move the technology from prototype to cost-effective device while providing independent academic supervision over the process and over the safety and durability of the product.

The team has secured private funding for this project. The development of the catalyst system and the reactor is self-financed by Ramesh and his company EcoFuel Technologies.