MIT’s Approach to Ensuring the Profitability of its Intellectual Property Portfolio - By : Lotfi Chouanine, 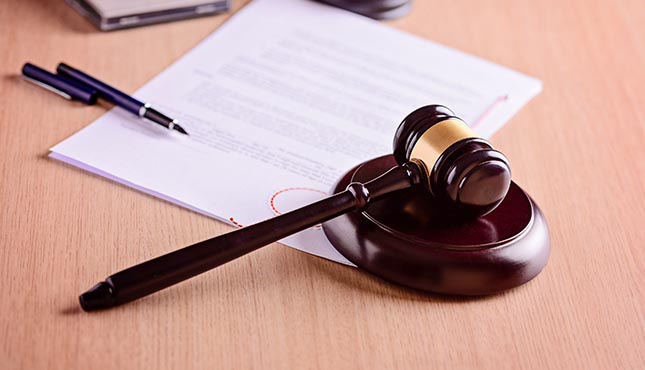 From this conference, we propose a series of four articles to clarify:

The first article in this series described how MIT encourages students and professors to start new businesses following the example of LiquiGlide, Inc., established in 2017. The second article outlined the intellectual property management process used by MIT with regard to the technology transfer cycle. This third article explains how MIT succeeded in making its IP portfolio profitable.

One observation that may seem surprising is that MIT now conducts more research in the life sciences than in the physical sciences! Usually, much of the life science research is conducted at universities with medical schools. MIT has no medical school but is fortunate to have half a dozen major university hospitals in the Boston area. The partnerships established with these hospitals have helped increase the amount of life science research at MIT, as shown in the figure below. Research in the fields of software engineering and computer hardware represents only 10% each of the IP portfolio. 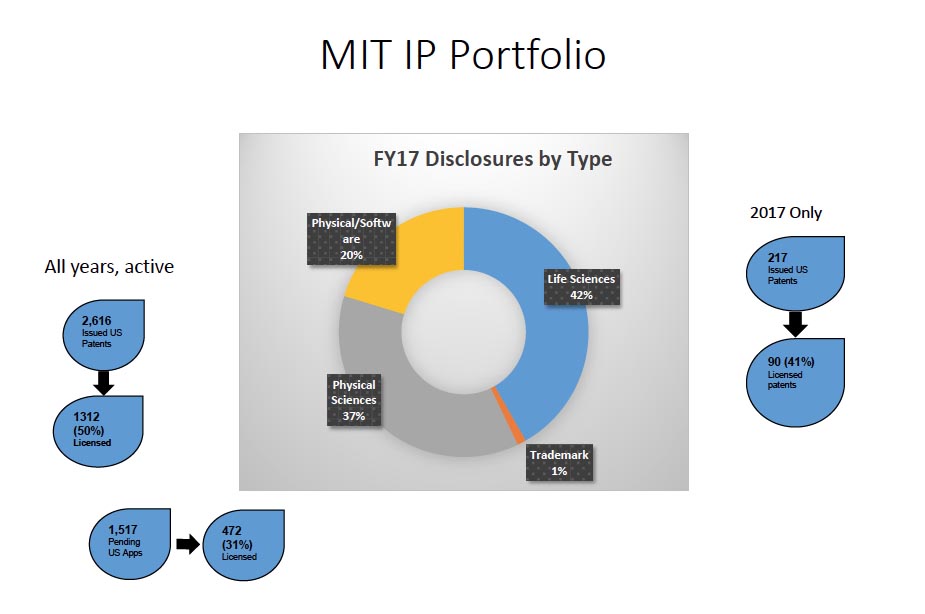 MIT’s researchers file about 800 invention disclosures per year. The research budget is approximately US $1 billion, of which $750 million goes to the main campus. Each research leading to an invention disclosure requires about $1 million in research funds. This ratio has risen steadily over the past decade.

Generally speaking, one-third of the invention disclosures are patented. The other two-thirds may not be suited for a patent application or have not been accepted by the Technology Licensing Office.

Approximately 50% of MIT’s IP-patents portfolio is licensed for technology transfer, meaning that the other 50% of patents has not been licensed to a company or a start-up. Scientific research produces about 100 licenses per year at MIT. One-third of these licenses are signed with MIT’s start-ups.

In summary, of the 800 invention disclosures filed annually, 400 to 500 make patent applications; approximately 200 patent applications are granted and, of those, MIT’s Technology Licensing Office grants 100 technology transfer licenses, one-third of which are signed with MIT’s start-ups.

In addition, income from technology transfers is widely distributed: inventors typically receive one-third of revenues, the laboratory or department, a second third, and the last third go to the university [2, p. 9].

Is technology transfer really worth it for a university?

The Added Value of Technology Transfer at MIT

Commercialization of technology transfer licenses to companies plays a dual role for MIT:

This is how MIT is able to make the most of technology transfers.