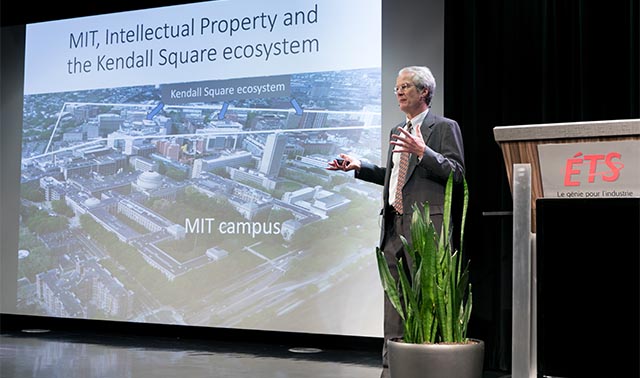 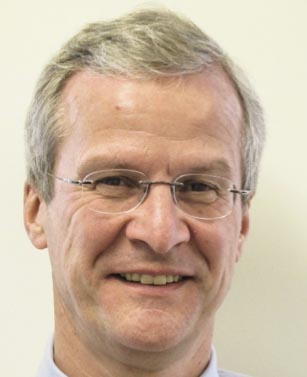 From this conference, we propose a series of four articles to clarify:

This first article describes how MIT encourages students and faculty to start businesses.

Massachusetts Institute of Technology (MIT) charter for incorporation was accepted on April 10, 1861, in the United States. This private research university is considered by many to be one of the most prestigious universities in the world [1]. It regularly ranks in the top 10 best universities in the world [2]. Eighty-five Nobel Prize winners come from this university. For the academic year 2016 – 2017, 11,376 students enrolled in this university: 4,524 at the undergraduate level and 6,852 at the graduate level [3]. MIT is located in the city of Cambridge, near Boston, Massachusetts, United States.

MIT has created a dense 10-acre space for start-up companies where entrepreneurship and intellectual property services intermingle with a dynamic business sector composed of: 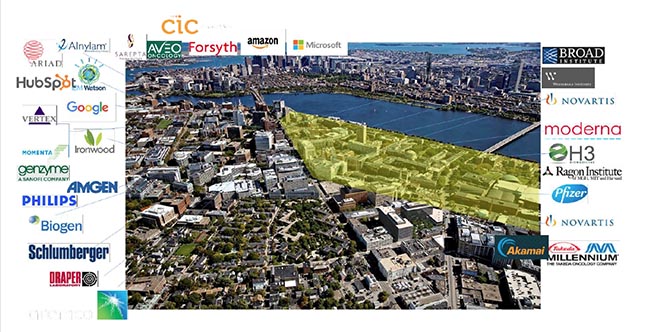 Kendall Square indicated in pale green in this picture

Everything is close by, within walking distance. A densely populated space also offers the advantage of encouraging unexpected encounters during everyday travels and meals.

The MIT approach for start-up companies

For MIT, start-up companies are above all about people. To fully understand the MIT approach, the speaker gave us the example of a company recently launched at MIT, a “spin-off”, or new company created from a business sector (of a research laboratory in this case) [4]. This young company is composed of people each with distinct dreams and strengths. 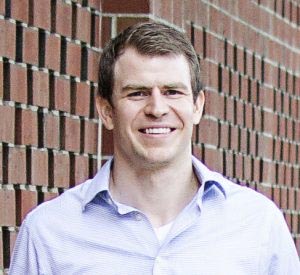 The story of this start-up company begins with a student. In 2009, Dave Smith enrolled in a Ph.D. focusing on hyper-slippery surfaces at the research laboratory of Professor Kripa Varanasi of the Faculty of Mechanical Engineering at MIT. His doctorate was funded by the National Science Foundation (NSF) and the U.S. Department of Defense. MIT research funding comes mainly from 2 sources: 80% comes from government agencies and defense departments and 20% of companies. Very quickly, Dave showed interest in becoming an entrepreneur. He was looking for a research subject that, at the end of his Ph.D., would allow him to start a business. 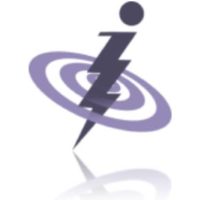 During his studies, Dave worked with several MIT clubs and business groups. Case in point: Iteams, a program that brings together engineering students and students from the MIT Business School in entrepreneurship courses. Another group he joined is the Venture Mentoring Service, a group of entrepreneurs and advisors who meet informally once a month. The students come to discuss their work and the difficulties they encounter. This group also provides mentoring services in the area of venture capital. 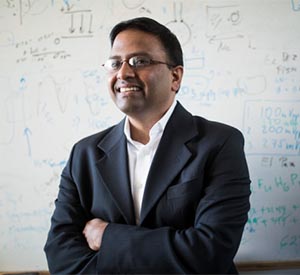 The second character in this story: Kripa Varanasi. After completing an engineering degree in India, he came to do a doctorate at MIT and then worked for GE Global Research for a few years. He became a professor at the Faculty of Mechanical Engineering at MIT in 2008.

In the spring of 2012, Dave and Kripa competed in the MIT $100K Entrepreneurship Competition. Although they did not win this competition, they did take home the public choice award. This competition brought them to the attention of companies and investors [5].

They invented a non-toxic coating that permanently makes surfaces hyper-slippery. The video below of a bottle of Ketchup that pours easily went viral in 2012: it has been viewed more than 100,000 times!

As part of the competitions, the teams must make a presentation, a “sales pitch” for their idea or product. Presentations are filmed and uploaded to Youtube to make them widely accessible. These competitions allow teams to gain experience and visibility, and to build relationships. Teams win these competitions, but it’s not the prizes that count: it is participation.

The LiquiGlide team wanted to start a company. They enrolled in a summer 2012 training program called the Founder’s Skills Accelerator program. Dave and Kripa started their LiquiGlide, Inc. business in the fall of 2012.

A third person of note joined the team:  Colin Gounden, a serial entrepreneur who started and sold several start-ups. Colin is a venture capital investor. President of a high-tech company located in Montreal, he spends a lot of time here. He has advised several companies at MIT. He was one of the “MIT $ 100K” jury members when Dave and Kripa presented their project. He talked with them and got to know them. He offered to invest funds in their start-up business and helped them find financing to start LiquiGlide.

Dave started his company as CEO and Kripa is an advisor. Kripa continues to teach at MIT. It is common for faculty members to participate in business start-ups while continuing to teach.

There are many organizations that are part of the MIT start-up business ecosystem who are involved in supporting people with dreams of going into business.

MIT does not have a “top down” culture: many groups of entrepreneurship students are formed—some disappear or join forces. MIT is very tolerant of these sometimes diffuse, sometimes chaotic groups. 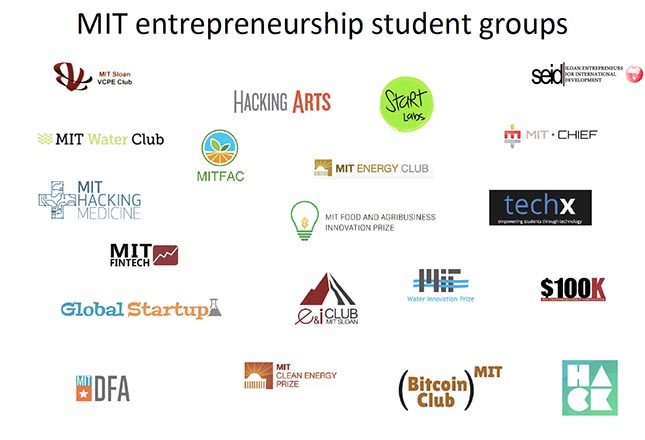 Because they are in the same dense space of Kendall Square, they know each other and know what is going on there. Groups are always being formed. MIT helps these groups of students, giving them visibility by providing them with a small amount of financial support. Some groups are created and funded by MIT.

Several incubators have settled in Kendall Square. No incubators are part of MIT. To the question “Should a university have an incubator?” The answer is “it depends”. Since there were several incubators nearby, MIT did not need to create one. This university prefers to support them so that they continue to offer good services. If MIT had found itself in a space without an incubator, it would have created one. 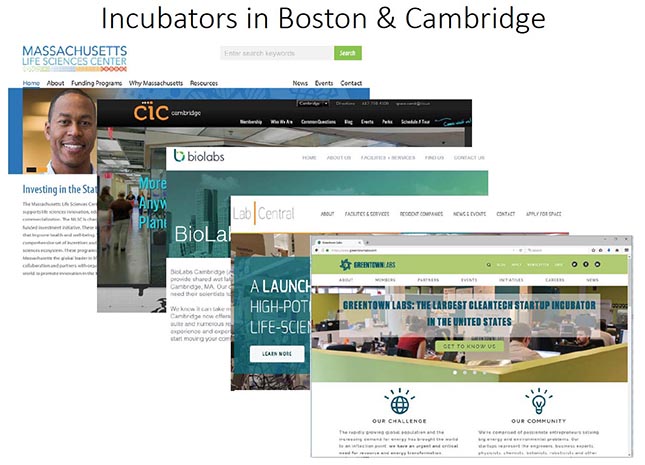 Universities need to adapt their strategies to the ecosystem that surrounds them. There is no one common solution or approach suitable for all universities.

This story is a good example of the MIT approach regarding start-ups: a student with a good idea, a teacher who supports the student, an investor who joins the team, and a variety of groups, programs and services in place to help turn a team’s idea into innovation, giving birth to a profitable business. Many people can have good ideas. The great difficulty is creating an innovation from an idea. MIT created Kendall Square, a dense and dynamic space, and a structured approach to service and support centered on people.

Below is a video of Christopher Noble’s lecture given at the École de technologie supérieure (ÉTS) in Montreal on Thursday, June 8, 2017. Please note that the introduction of the conference is in French.