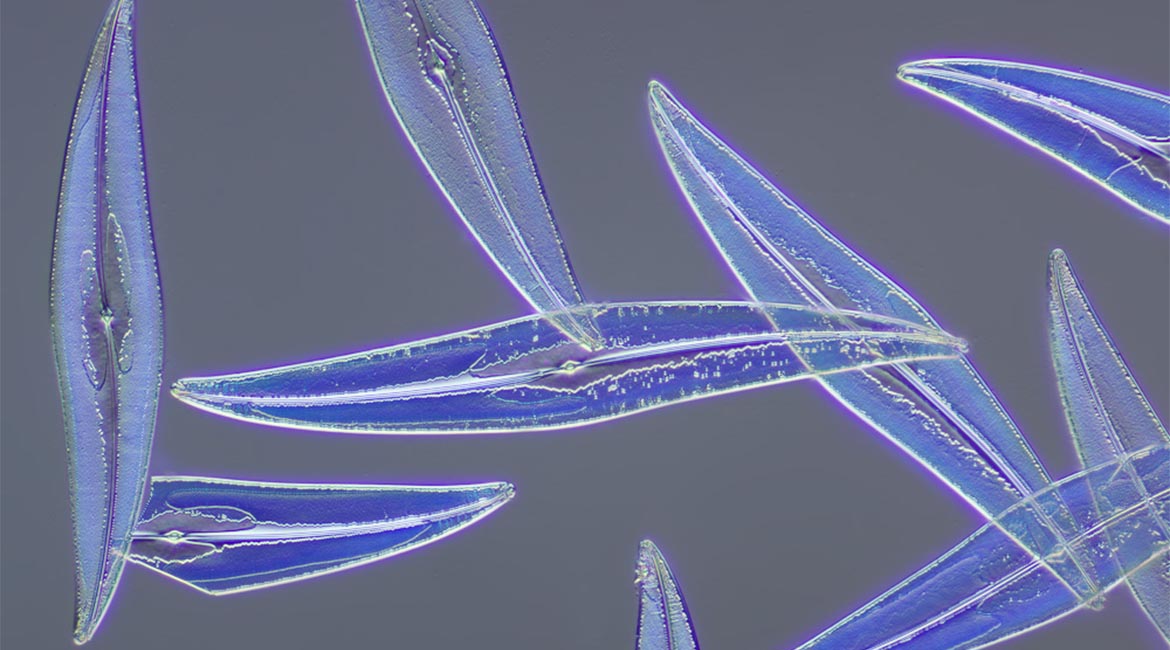 The featured image is from Wikipedia, source. CC License 3.0

Diatoms are highly prolific unicellular microalgae called sea jewels because of their amazing optical properties. Researchers have been exploring their light absorption mechanisms in order to use them in solar cell technologies

André Taylor, Associate Professor of Chemical Engineering and the Environment at Yale School of Engineering and Applied Science, directs a research group within the Transformative Material and Devices Laboratory looking to optimize the performance of organic solar cells inspired by nature. On September 9, 2017, he and his team published their research results in an article entitled “Light-Trapping in Polymer Solar Cells by Processing with Nanostructured Diatomaceous Earth” in the journal Organic Electronics. The study was co-authored by Lyndsey McMillon-Brown, Marina Mariano, YunHui L. Lin, Jinyang Li, Sara M. Hashmi, Andrey Semichaevsky, Barry P. Rand and André D. Taylor.

Diatoms are organisms found in all aquatic environments as well as in tree bark. These algae have a nanostructured silica skeleton that allows them to capture and distribute light during photosynthesis. This feature was studied by the team in order to produce organic solar cells.

The efficiency of these new solar cells lies in their flexibility, resistance and cost. They have a specific structure and are made of at least one active layer of organic molecules; this micro thin layer measures between 100 and 300 nanometres, which limits their ability to convert light into electricity.

The Yale team’s goal was to optimize the device by improving the efficiency of the active layer. There are solutions that can improve the performance of this layer, such as incorporating nanostructures that trap and scatter light to improve absorption levels. However, these approaches are too expensive for large-scale production.

The team opted for biomimetics as a method of searching for new concepts. Researchers studied organisms and natural phenomena with a high absorption and spatial light distribution capacity. The capacity of diatom skeletons to absorb light has been optimized through billions of years of adaptive evolution. Being the most common type of phytoplankton found in nature, they are inexpensive and can be harvested around the world. 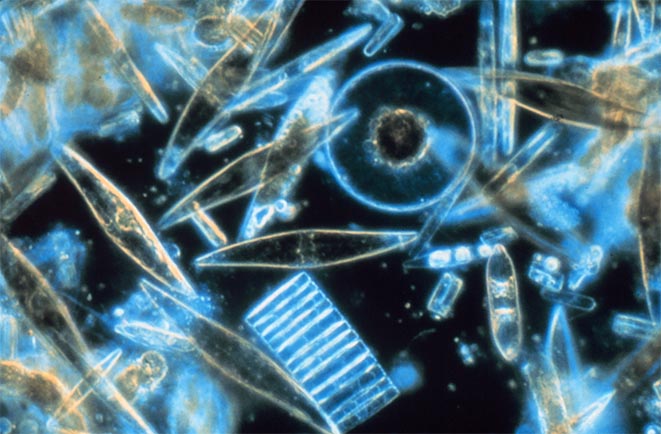 Taylor’s research team, including collaborators from NASA, Princeton University and Lincoln University, created the solar cell’s active layer from fossil diatoms. The team also managed to reduce the quantity of material needed for the manufacture of this layer while improving its electrical properties. This study identified the concentration of the active layer of diatoms and the quantity needed to produce solar cells. The resulting cell is made of layers of poly (3-hexylthiophene) (P3HT), fullerene derivatives [6.6] and phenyl-C60-butyric acid (PCBM).

Although these algae are relatively large compared to the size of the active layer, the researchers were able to incorporate them into the cell by grinding them. Lyndsey McMillon-Brown, a PhD candidate involved in this study, pointed out that this step did not complicate the cell manufacturing process compared to the methods currently used in industry. Using this material in this type of solar cell brought a 36% reduction in thickness and a 30% increase in efficiency. The team also showed that it was possible to use different species of diatoms and adapt them to size requirements. These creatures can also be combined with the best electron donor-acceptor polymers to increase their performance.