The management of overtime

In many plants, managing overtime demands considerable time from production supervisors. When extra work arises or an employee is absent, other employees must be called in turn, in a fair manner, according to the scheduling rules and other conditions established in the collective agreement. Then, all those who were called and those that were actually reached must be recorded in a register with the amount of overtime they were offered. If there is an error, a grievance is sure to follow! Sometimes, in large plants, several people are assigned to this task.

The idea to design a completely automated system to manage overtime came from the experience that some team members had as managers in several manufacturing companies. After some discussion, the partners decided to create Merinio on June 12, 2016, a start-up company incubated in the Centech of the École de technologie supérieure (ÉTS).

In spite of its young age (just a few months old), Merinio 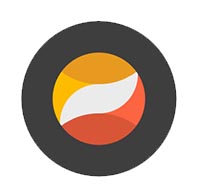 has already won the BDC Entrepreneurship Bursary (as part of the Short Program in Entrepreneurship of the ÉTS) and the Centech entrance scholarship. The company is up for other awards including the grant from Fondation Montréal Inc., PME MTL, and the Industrial Research Assistance Program (IRAP). It is also one of 15 finalists selected for the Québec Engineering Competition (business category).

Merinio works with manufacturing and distribution companies in order to offer a smart system that will assist managers by automatically managing overtime. The team developed a web portal where employees can report their absences as well as their availability. The following are some of the benefits that the system offers to companies:

Merinio plans to employ 65 employees and serve over 100 customers by the end of 2018. To be continued in Substance ÉTS.

Maxime Bourbonnais is CEO and a founding member of Merinio. He completed a Bachelor's degree in Automated Manufacturing Engineering, a Short Program in Entrepreneurship, and a Master's in Innovative Management from ÉTS.