Making the Internet Accessible in Developing Countries - By : Substance, 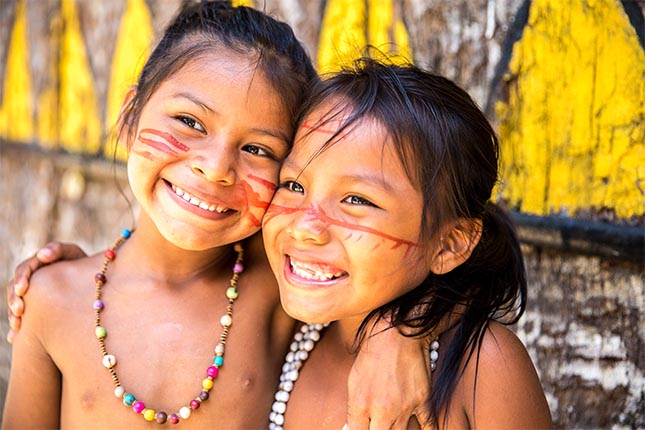 Currently, around 3.7 billion people in the world do not have Internet access. Professor François Gagnon and his team of researchers want to make the Internet accessible in developing countries by rehabilitating existing mobile telephone infrastructure. The infrastructure rehabilitation project is part of SmartLand, an integrated land management project in Ecuador launched by Universidad Técnica Particular de Loja for the innovative use of natural resources. Professor Gagnon holds the Dr. Richard J. Marceau Chair on Wireless IP Technology for Developing Countries.

According to the World Stats website, 49.8% of the world’s population—about 3.7 billion people—still had no Internet access as of June 30, 2016 [1] [2]. Today, not having Internet access means not being able to participate in modern society.

Because the world is becoming increasingly urbanized, Internet access development in rural areas has been limited: more and more people are now living in cities. In 2015, 54% of the world’s population lived in urban areas; in 2025 this number will reach 58.2% [3]. A communications antenna in a city can reach thousands of people given the density of the population, which is not the case in rural areas. The economic potential has not motivated investors to build the required infrastructure in those areas and current trends make it difficult to finance development projects.

In the 1980s and 1990s, several countries, including Canada, through the Canadian International Development Agency (CIDA), funded international development projects to make telephony accessible in developing countries. Now, in 2017, these infrastructures are at their end-of-life cycle. 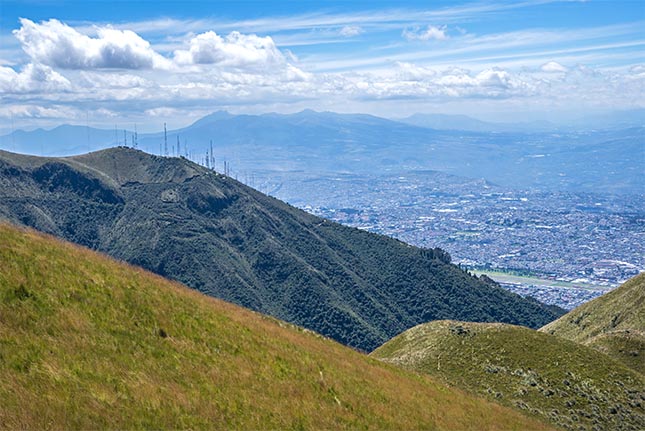 Communication antenna on Pichincha mountain near Quito in Ecuador

In 2016, Mr. Louis Lagassé, President and co-founder of Media5, met with Professor François Gagnon, specialist in wireless telecommunications, holder of the NSERC-Ultra Electronics Chair on Wireless Emergency and Tactical Communications at Montréal’s École de technologie supérieure (ÉTS), and director of COMunity. Mr. Lagassé acquired end-of-life telecommunication assets, which are wireless communication systems implemented in several developing countries around the world. He wanted to enhance these infrastructure, which could give telephone access through wireless communication. Together, they discussed the possibility of rehabilitating existing infrastructure to make the Internet accessible in rural areas, in developing countries. This solution would be more economical to implement than the use of fibre optics, wireless networks or satellite communication.

This Internet access project complements the One web | One world projects ( a low-orbit satellites constellation like the animated image) and the Loon project (low-orbit balloons) because it is a smaller-scale project.

In developing countries like Ecuador, the entire communication system consists of about 40 wireless radio subsystems. The systems currently deployed in Amazonia and elsewhere cover distances of about sixty kilometres between stations. A new station costs millions of dollars to install, while updating the electronic components of an existing station represents a much smaller amount: in the tens of thousands of dollars. Therefore, the proposed solution is to keep the existing infrastructure, and ideally the same antennas, and simply modify the electronic telephone equipment by adding equipment that can support IP communications. It is a bit like changing circuit boards inside a computer to make it more powerful, when other components like the case, screen and keyboard are still adequate. This infrastructure upgrade must make it possible to secure the communication systems and reduce their latency.

Ultimately, it is even possible to develop a wireless network to provide Internet access to an entire village via Wi-Fi networks. Professor Gagnon believes he can reach speeds of 10 to 20 megabytes per second without changing the antennas, and speeds of 100 megabytes by changing them. The objective of the research project, however, is to preserve the external architecture.

This approach appealed to Louis Lagassé who agreed to fund the Dr. Richard J. Marceau Chair on Wireless IP Technology for Developing Countries.

Journey to the Amazon

He directed Ecuadorian students who had invited him to join them. He made a trip to the Amazon from January 5 to January 17, 2017, to have a look at the infrastructure in the region. He visited the cities of Loja, Quito and Guayaquil in Ecuador to meet with academic representatives, discuss the Internet access project and recruit university students. 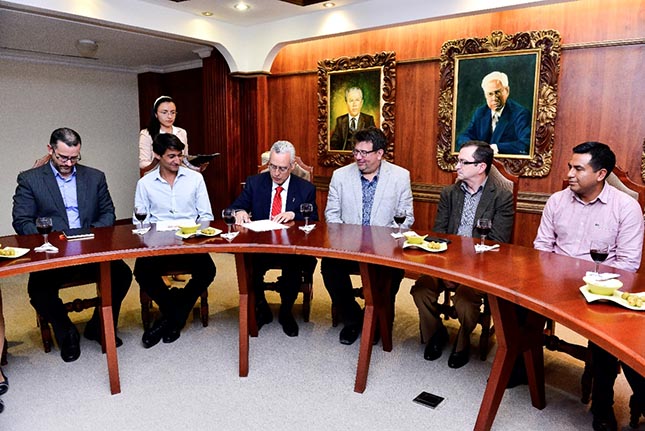 Professor Gagnon truly believes in the importance of involving citizens in research projects, an approach called Living Lab. Understanding their needs is part of the project. He also intends to formalize civic participation within native populations like the Shuar people.

Optical fibre is deployed along highways in Ecuador. Professor Gagnon will also visit the town of Paquisha, which is a two to three-hour drive away from the highway. Since populations living far from highways do not have Internet access, it will be interesting for him to find out what they know and understand about the Internet. 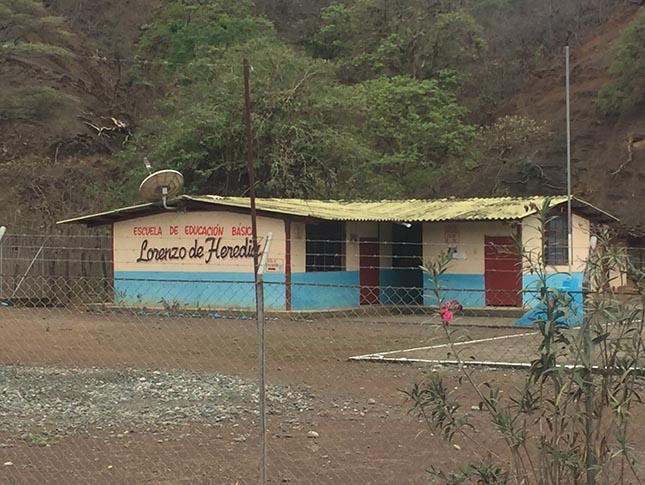 The president of Ecuador, economist Rafael Correa, knows the academic environment well: he asked university professors in Ecuador to acquire doctorates and to conduct research. Professor Gagnon is presently directing two professors from the Universidad Técnica Particular de Loja (UTPL). One of the first research and development projects implemented is the unifying SmartLand project. It is an integrated territorial management project for research and advancement in the Zamora Chichipe province where UTPL University is located. Ecuadorian researchers will collect biological, environmental and cultural data in order to make better use of natural resources. These research projects will benefit from a communication infrastructure that could allow, for example, the use of infrastructure-related sensors and cameras to index plants and animals and measure river turbidity, water quality, etc. 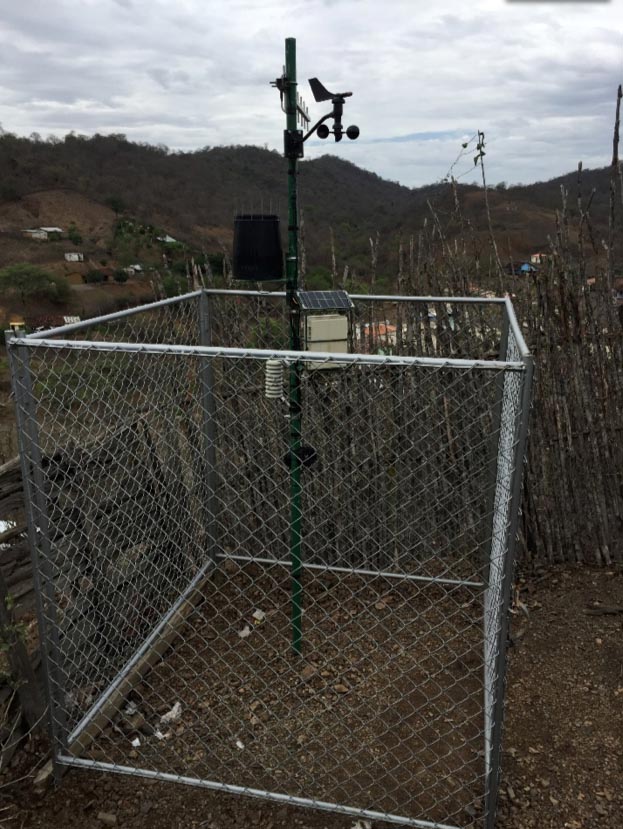 The research chair project (which began on November 1, 2016) will last 5 years. When Professor Gagnon gave his first lecture at UTPL University in 2016, the Vice-Rector invited him to join the SmartLand project and conduct on-site living labs. Professor Gagnon subsequently applied for a development project grant in Ecuador, which he received in order to conduct a test bed for remote technology.

In the next two to three years, new technologies and cost-benefit analyses (case studies) should have been developed allowing projections for many other countries sharing the same type of infrastructure to be made. Giving Internet access to the Amazonian population will be an important agent for change that Professor Gagnon and his team of researchers will have created and will see evolving.