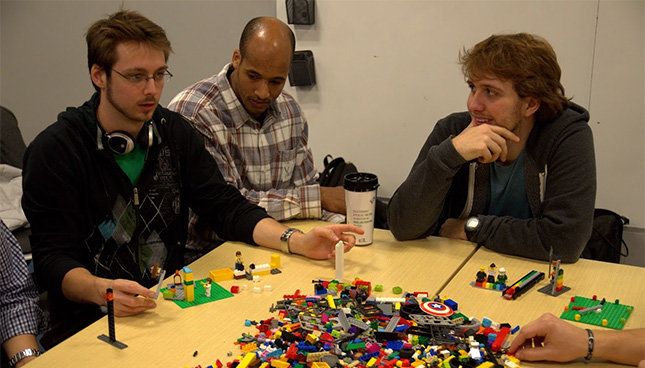 Learning to use Lego bricks is not difficult: you put a stack of bricks in front of a child, or an adult, and they begin to assemble them intuitively to create a familiar or fictional object. But the LSP Method (Lego® Serious Play®) is a bit more complicated… The object is to learn how to communicate ideas during creative sessions, with the help of these little bricks.

The LSP Method can also be used for coaching, team management, product development, strategic planning, and even the creation of business models. To learn the methodology, it is preferable to follow a training session with a certified facilitator. 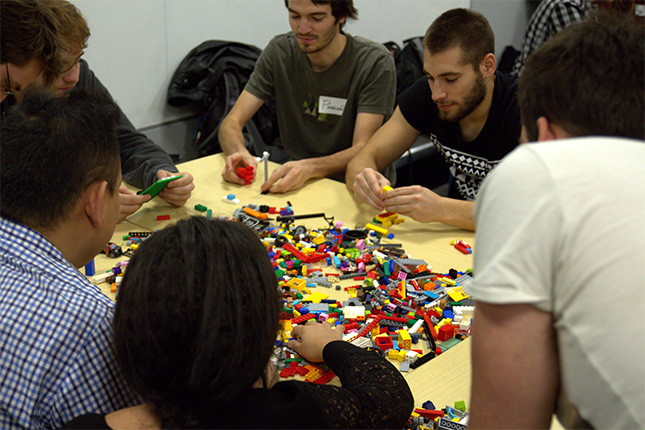 On Tuesday, November 17, 2015, 22 students from the École de technologie supérieure (ÉTS), in Montreal (a university specialized in engineering studies), had the opportunity to learn about the LSP Method, as part of the Tuesday workshops on social innovation organized by the École de l’innovation citoyenne (School of civic innovation), and the ÉTS student group DécliQ. Mateus Panizzon, Associate Professor in Entrepreneurship and Innovation at the Université Caxias dol Sul in Brazil, was the certified facilitator of the LSP Method featured at the event. The introductory workshops usually last about two hours, or more as needed.

Mateus started by explaining the LSP Method. Please view the following articles published at Substance ÉTS if you wish to learn more about this method:

The participants formed two groups, sitting around two tables. Many Lego pieces had previously been placed in the centre of each table. Before starting the workshop, four golden rules had to be followed:

For this introductory workshop, social innovation was the selected theme. Two warm-up exercises were proposed. In the first exercise, lasting four minutes, participants had to make a duck using eight Lego bricks of identical size. At the end of the allotted time, the participants presented the duck they had designed to their colleagues. 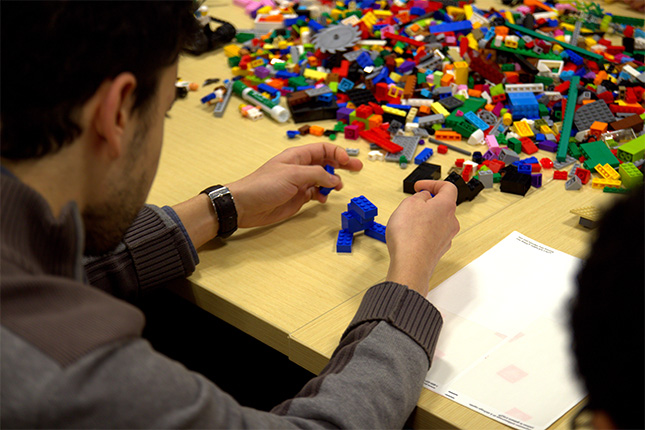 For the second exercise, the participants each had to choose six other Lego pieces among the ones placed on their table. With these pieces (14 in all), they were asked to answer the following question: What is your biggest concern regarding the energy consumption in your neighborhood? They had four minutes to “portray” their response with their Lego bricks. 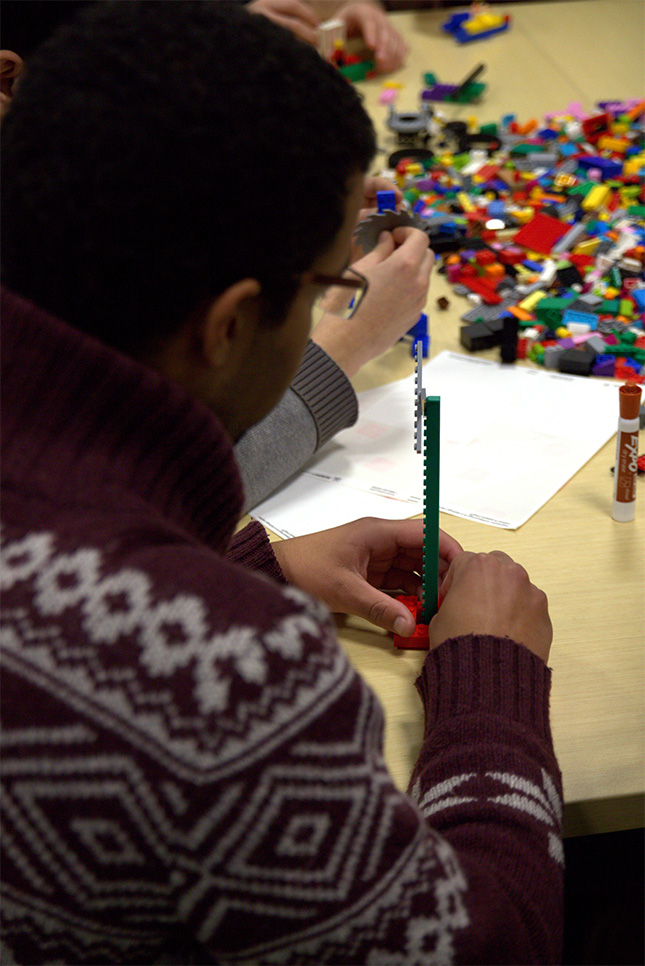 At the end of the allotted period, the participants each had 30 seconds to explain their answer by describing their Lego brick assembly. Following this second exercise, the facilitator explained to them that they had in fact used their Lego bricks as a metaphor. In the LSP Method, the use of metaphors provides a common language leading to creativity and understanding, an important aspect when combining ideas in creative thinking. The Lego pieces are used to make a 3D model to express a metaphor. With this second exercise, participants realize they do not need to be perfectly accurate to represent a situation.

The third and fourth exercises allowed them to experiment with the communication of ideas using Lego bricks, according to the LSP Method through creative sessions. For the third exercise, they had five minutes to build a model that would answer the following question: Find a fun idea or game to help reduce energy consumption in your neighborhood. They could choose any Lego pieces they wanted. At the end of the allotted time, the participants each had one minute to explain the model (the metaphor) they built with their Lego bricks. 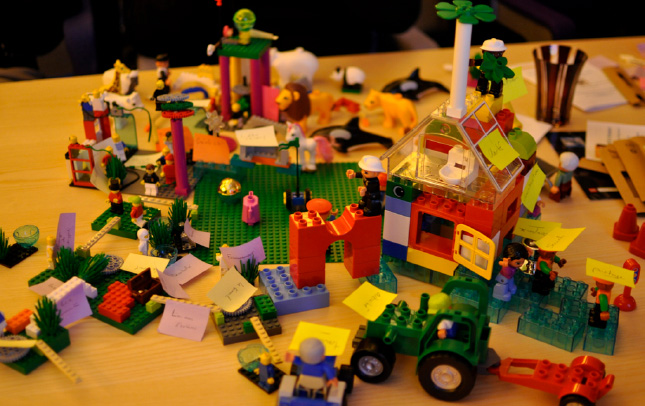 Lego bricks used to create a model also limit the risk of conflicts. They can be created in meetings when people give feedback (negative or constructive) on other people’s idea: in the verbal process, the feedback could be seen as a blessing personal feedback. In LSP, feedback and questions are about the model created, not the person.

Combine all this: communication, context and process theoretical foundations, bricks, open questions, and you have LSP.

This method was designed to be a qualitative technique; it requires a facilitator to coordinate the process. It works with small groups, from 8 to 12 participants maximum. Workshops with more than 1,000 participants  simultaneously (in teams of 8 to 12) have been developed, with an adequate number of facilitators.