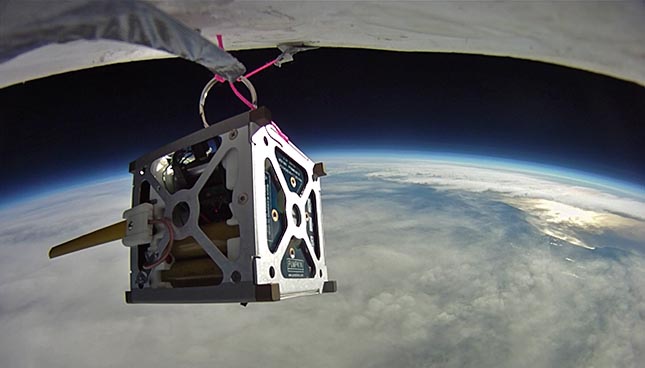 Today’s automotive navigation solutions mostly rely on GPS. They require optimal operating conditions to be ubiquitous and reliable. GPS is often combined to an Inertial Navigation System (INS) to reduce the impact of multipath. Microelectromechanical systems INS is strongly affected by complex errors when the INS is used during GPS outages. To improve the performance of INS/GPS algorithm, the following methodology was used: 1) development of a robust real-time calibration procedure to compensate for deterministic errors and 2) compensation for stochastic errors of INS by using an autoregressive (AR) based Gauss-Markov (GM) model. Results from a road test performed in a severe urban environment shows that the application of the calibration procedure can help improve the overall performance of the algorithm by 55%. Results have also shown that using the AR-based GM model to estimate and compensate the stochastic errors can help furthermore improve the overall performance by 20%

The last two decades have shown an increasing trend in the use of location based services in automotive vehicles applications including car tracking for theft protection, fleet management services, automated car navigation and emergency assistance. Most of these applications rely exclusively on Global Positioning System (GPS) to provide a reliable navigational solution of the monitored vehicle. In order to provide such reliable solution and to introduce new type of applications such as Pay-Where-You-Drive (PWYD) and Pay-How-You-Drive (PHYD), GPS receivers require optimal operating condition that is a clean line of sight to at least four satellites with a good geometry. New model of high sensitivity GPS receivers can still work with non-line of sight signal but with severe drawbacks (i.e. reduced precision, robustness and reliability). Unfortunately, above  conditions cannot be fulfilled at all time, especially when driving in severe urban environments where buildings, concrete structures, high passes and tunnels may attenuate, block or reflect incoming signals resulting in a poorly accurate navigation solution.  In fact, multipath is one of the main sources of positioning errors of standalone GPS receivers used in severe urban environments. 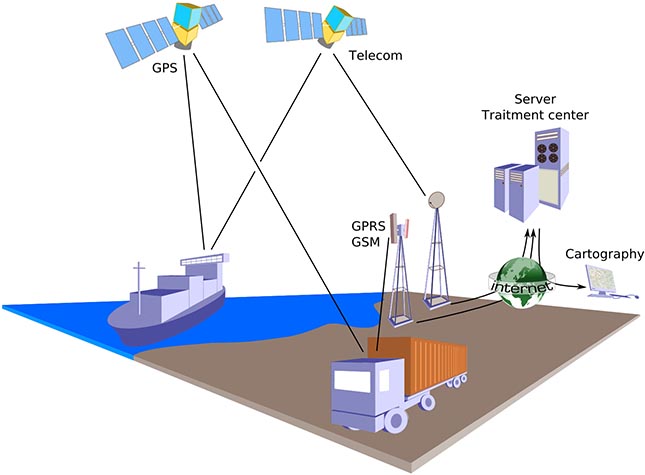 Figure 1 Principle of geolocation based on the GPS for the position determination and the GSM/GPRS or telecommunication satellites network for the data transmission.

To reduce multipath impact, GPS is often combined with an Inertial Navigation System (INS), which is a self-contained dead reckoning system based on the integration of linear accelerations and angular rates. This integration process is called INS mechanization. Due to inherent sensor errors and numerical approximations during the mechanization process, standalone INS positioning tend to diverge over time. Hence, to overcome shortcomings of standalone GPS or INS, both systems can be coupled together to form an integrated navigation system. INS/GPS integration is a mature topic that is widely covered in the literature when it comes to high end systems [1-4]. However, recent studies reported several shortcomings related to the use of low-cost MEMS-based inertial sensors. 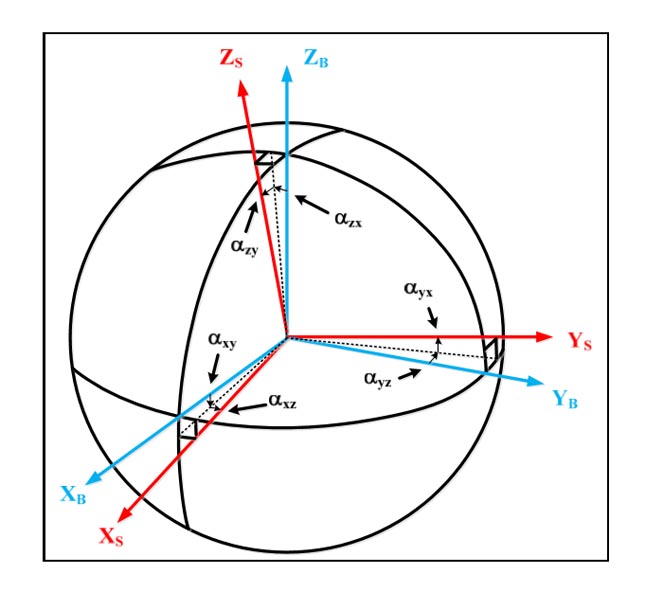 Figure 2 Misalignment refers to the unorthogonality of an Inertial Measurement Unit (IMU). Rather than being perfectly orthogonal, the axes of the sensors can be slightly inclined (see Figure 1). Due to this nonorthogonality, excitation along a single axis of the reference sensors will cause incorrect readings along the other axes.

In contrast to high end inertial sensors that are carefully calibrated, low-cost sensors are usually calibrated by the manufacturer using automated batch calibration techniques in order to reduce production costs. These techniques generally result in poorly calibrated sensors that still contain large inherent deterministic errors such as bias, scale factor and misalignment, thus affecting the navigation solution if not compensated for. Important research effort has been conducted in recent years to develop calibration techniques for low-cost sensors [5-8]. However, most of the developed methods consist in post-processing techniques that require laborious manipulations and calculations, which are not suitable for real-time applications. Therefore, there is a need for the establishment of self-calibration techniques for low-cost inertial sensors. In addition, a large proportion of the sensor errors are not stationary but rather tend to vary randomly depending on various factors such as internal sensor temperature, supply voltage fluctuations, sensor aging, etc. These errors are stochastic in nature rather than deterministic and thus must be modeled in order to be estimated and compensated dynamically. 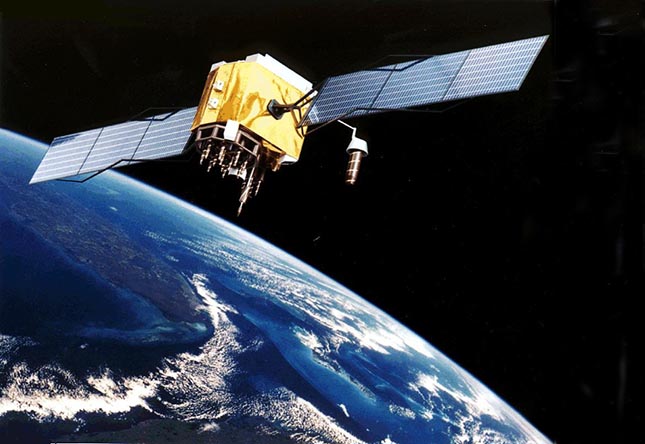 1) Development of a robust real-time calibration procedure to compensate for deterministic errors.

The first method consists of using a KF-based real-time calibration procedure to compensate for deterministic errors inherent to low-cost MEMS-based inertial sensors (i.e. scale factor, misalignment and bias errors). In contrast to traditional calibration algorithms which use iterative optimization methods such as Gauss-Newton or Levenberg-Marquardt (LM) algorithms, the proposed approach is based on an incremental algorithm and thus is easy to implement in any real-time application (i.e. it does not require laborious pre/post-processing of the sensor measurements). Real measurements from a MEMSense nIMU sensor unit have been used to validate the proposed algorithm and results shown that the KF-based method offers similar performance than a classical LM-based calibration algorithm. Results from a road test performed in a severe urban environment (using Novatel SPAN technology as a reference trajectory) also shows that the application of the proposed calibration procedure can help significantly improve the overall performance of the algorithm by approximately 55%. 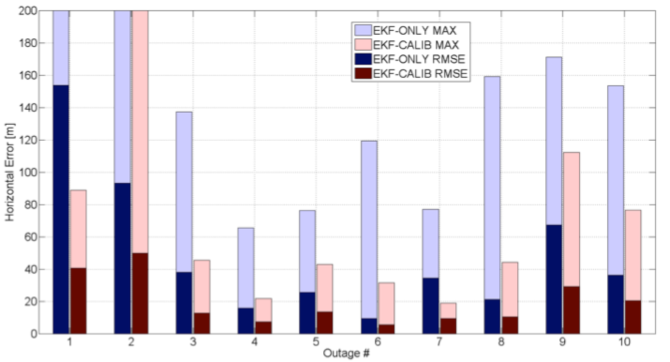 Figure 5 Maximum and RMS horizontal positioning errors for ten harsh segments to evaluate the impact of the calibration of deterministic errors.

The second method proposed by this study consists of augmenting the conventional INS/GPS integration model with a first-order GM model in order to dynamically estimate and compensate the stochastic errors contained in the low-cost inertial sensors. In this paper, two different identification methods were used for the identification of the first-order GM model parameters namely the conventional method based on the analysis of an experimental autocorrelation function and another method based on the analysis of a first-order autoregressive process model. Results obtained during road tests using the nIMU sensor unit shown that the latter method outperforms the conventional identification method in any evaluated situation. Results have also shown that using the first-order AR-based GM model to estimate and compensate the stochastic errors can help furthermore improve the overall performance of the algorithm by approximately 20%.

For more information, we invite you to read the following research paper, which was presented at the Pacific PNT conference held at Honolulu, Hawaii from April 22 to 25, 2013, during the session C-1 (Tuesday morning, April 23, 2013):

Philippe Lavoie is an embedded software developer at iMetrik. He completed a master degree in Electrical and Electronics engineering at the École de technologie supérieure, in Montreal (ÉTS).