Haptics: A Must for Human-Computer Interfaces - By : Substance,

Haptics: A Must for Human-Computer Interfaces

Haptics is to the sense of touch what acoustics is to hearing and optics to sight. Of our five senses, however, touch is one of the least talked about. Professor Vincent Lévesque, a new member of the Department of Software and Information Technology Engineering, has been conducting research on the subject for more than 15 years. 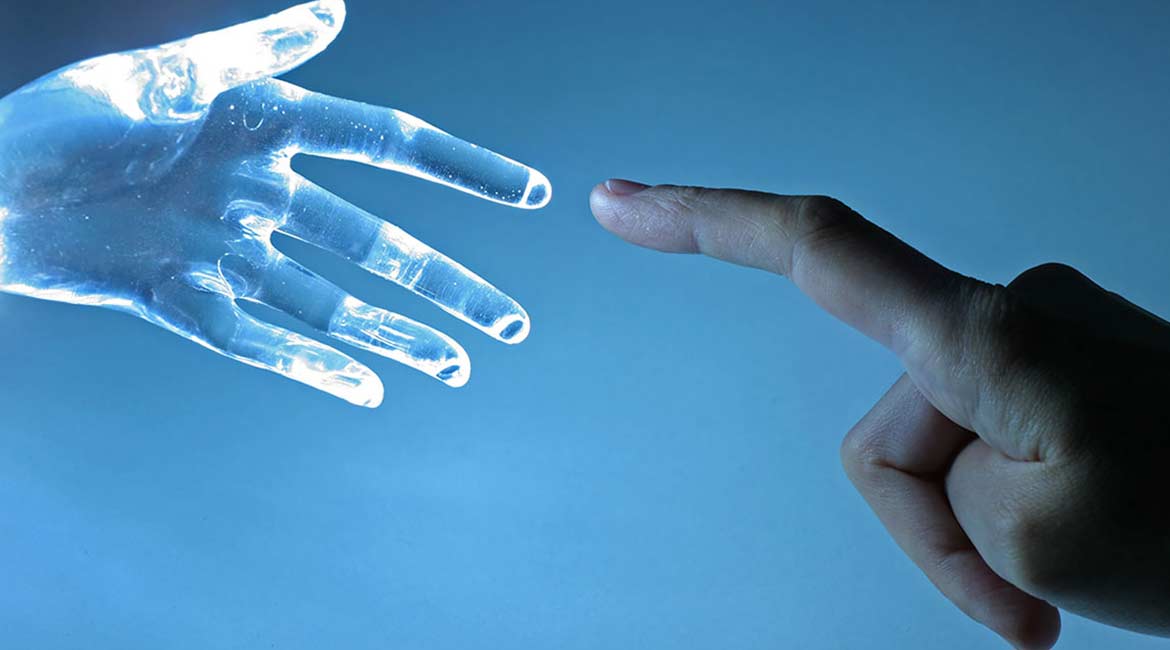 Touch is essential to our survival: it allows us to sense our body in the environment and protect us from its aggressions. “We tend to focus on the visual and the audio when talking about information transmission. However, haptic technologies can also transmit information through the application of forces, vibrations or movements,” explains Vincent Lévesque, a new professor in the Department of Software and Information Technology Engineering.

Vincent Lévesque’s interest in haptics began during his studies in computer engineering at McGill University, where he was fortunate to have the renowned Vincent Hayward, one of the world’s leading researchers in the field and founder of the McGill University Haptics Laboratory, as his professor.

He joined the researcher’s team, and Professor Hayward directed his master’s project. His work focused on “measuring skin deformation using a high-speed camera” in order to reproduce these deformations with touch display technology.

Lateral movement of a finger on a glass surface. The gradual release of the skin on the periphery can clearly be seen when the finger begins to move.

Rotation of a finger on a glass surface. A complex displacement of the skin against the surface can be seen.

During his PhD studies—also directed by Vincent Hayward—he became interested in the virtual display of tactile graphics and Braille texts using lateral deformation of the skin. This approach would be used to develop technology to help people with visual impairments.

From 2009 to 2011, Vincent Lévesque benefited from a postdoctoral fellowship in the Department of Computer Science at the University of British Columbia, where he focused on the importance of the sense of touch in the use of touch screens. Afterwards, he joined Immersion Canada, where he rose to become senior researcher in 2015. Pictures of the device used to program friction. The 4 white disks are piezoelectric actuators that make the surface vibrate. (a) Setting an alarm with a haptic scroll wheel, and (b) close-up view. (c) Drag and drop a file with resistance on a file and texture on the recycle bin, and (d) close-up view.

As part of his PhD work, he developed algorithms for a small tactile display, the STReSS2 (pronounced stress-square), which allows you to read with your fingertips. This device produces tactile sensations that can be combined to generate graphics that the user can “see” through his fingers. He explains that compressing and stretching the skin produces the illusion of 3D. Initially designed for the visually impaired, this device is now marketed under the name Latero by Tactile Labs Inc., and sold to many laboratories.

STReSS2 display: (a) device with a pin array on top (photo by Jerome Pasquero), (b) device in a casing, (c) device with application for tactile graphics.

Tactile Labs Latero display: (a) with an application showing moving pins, and (b) close-up view of the pin array with a moving wave.

At ÉTS, Vincent Lévesque will continue his research to increase the use of haptics. He is especially interested in consumer applications and in all human-computer interfaces (HCI). According to Mr. Lévesque, virtual reality technologies cannot transmit true illusions without haptics. “Optical illusions are not enough to convince our brain that we are elsewhere,” he says. Therefore, haptics has been used for a long time in the field of video games and is now considered a must.

In fact, in his spare time, this meticulous researcher explores the many possibilities of haptics in the video-game field … using a PlayStation!