Japanese Humanoid Robot on Top of Robotic Challenge - By : Substance,

Header picture from DARPA and may be reused, without additional permission, according to the terms of the DARPA usage policy.

A new Japanese humanoid robot dominated the DARPA Challenge (Defense Advanced Research Projects Agency) within the US department of Defense) held in Florida, December 21st.   The DRPA Robotics Challenge (DRC) initiated in 2012 main objectives are to create terrestrial robots capable to assist or replace human beings to accomplish tasks in hazardous environments and major natural or chemical catastrophes and to encourage through this competition the robotic development in this particular field of interest.

Seventeen world-class teams were selected to compete at this challenge to demonstrate their robots capabilities to disaster response. 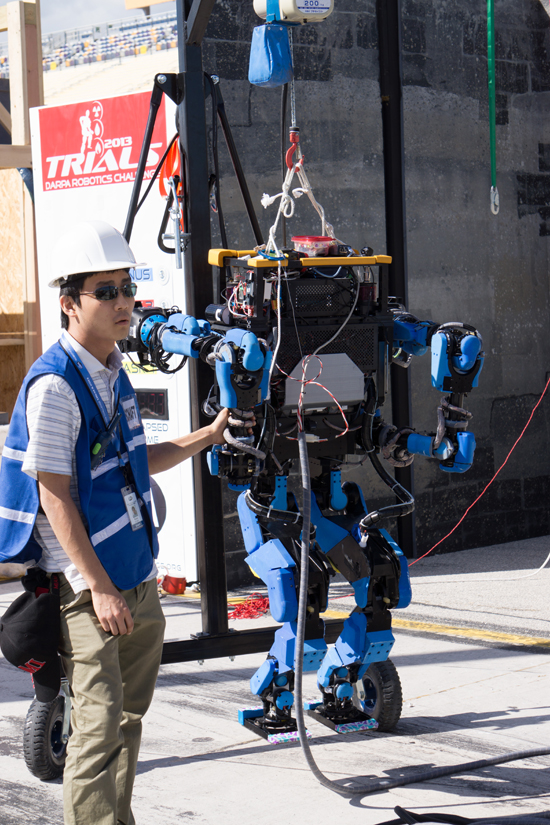 The Japanese robotics firm, SHAFT Inc., came up with the highest score of 27 points with a bipedal robot over a potential total of 32 points.  All robots performances were analysed through a series of eight different tests.  Each task involved different manipulations, movements and decisions from the robots.  The SCHAFT robot conception combines software modules for recognition, planning, motion generation, motion control and a user interface.  With a weight of 95 kg, a height of 1,48 meter and a wingspan of 1,3 meter the SCHAFT robot has shown an outstanding behaviour at most of the tests included in the challenge.

The best performing robot teams will now move to the DARPA Robotics Final to occur at the end of 2014 with a new series of consecutive tasks involving degraded communications between robots and the operation teams. 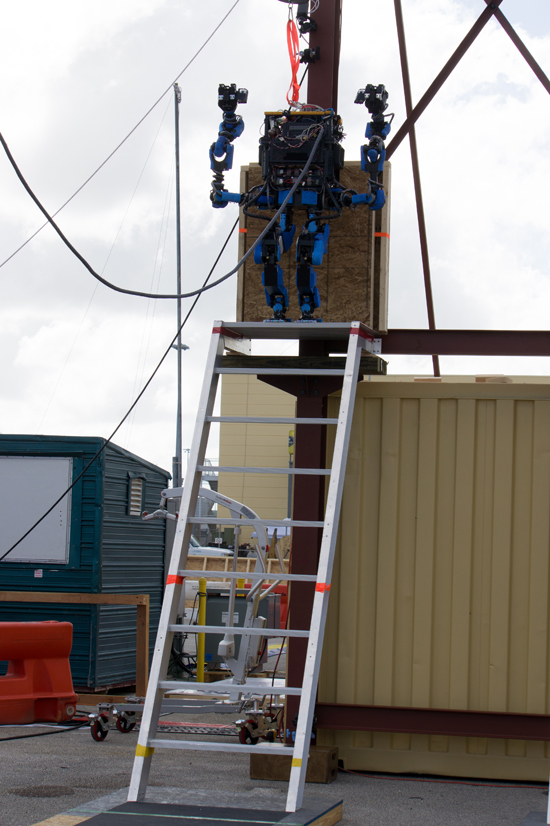 Team SCHAFT raises the arms of its S-One robot in sign of victory after successfully completing the Climb Industrial Ladder task at the DRC Trials.