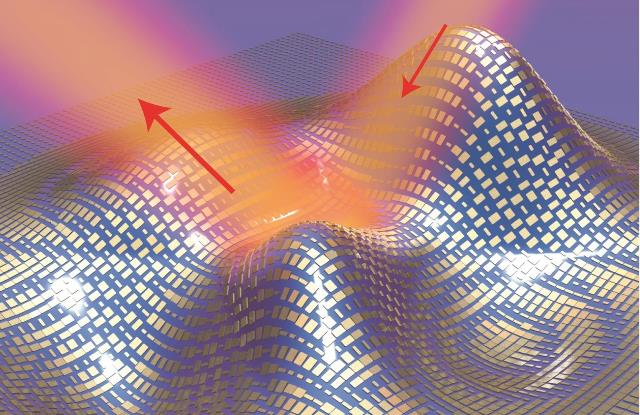 Have you dreamed of an invisibility cloak like the one with the famous magician Harry Potter by JK Rowling novels? In a few years, this will become possible! A technological advance has been reached and allows getting closer to our imagination.

Researchers from Berkeley University of California published on September 18, 2015 in the journal Science their achievement in creating an invisibility cloak.

Certainly, this cloak does not yet presents all the qualities and capabilities as the one of the famous witch but it is close. The cloak is composed of a gold layer, covered by another layer of magnesium fluoride. Gold elements cut into rectangles are arranged on its surface and serve as nanoantennas. They are similar to mini-mirrors correcting the light wave. Thus, the elements act as gold nanoantennas rerouting reflected light waves, as if it had hit a flat mirror, so that the object is rendered invisible to optical detection when the cloak is activated. This cloak can also be  turned “on” or “off” simply by switching the polarization of the nanoantennas.

This cape is microscopic: 80 nanometers in thickness. This thinness allows it to hide 3D objects about the size of some biological cells (see the three bumps in header picture).

The tests were conclusive. Researchers have covered a three-dimensional object. “This is the first time a 3D object of arbitrary shape has been cloaked from visible light,” said Xiang Zhang, a UC Berkeley professor of mechanical engineering and director of Berkeley Lab’s Materials Sciences Division.

For now the cloak can make disappearing only small objects. The study authors explain that it could for instance hide the disposal of certain electronic components.

However, researchers believe that the principles used for this technology should be applicable to larger objects. Now, it would be more an engineering work.

This scientific achievement connects a bit more the worlds of science fiction and innovation!