Improving the Performance of Wireless Communication Systems - By : Substance, 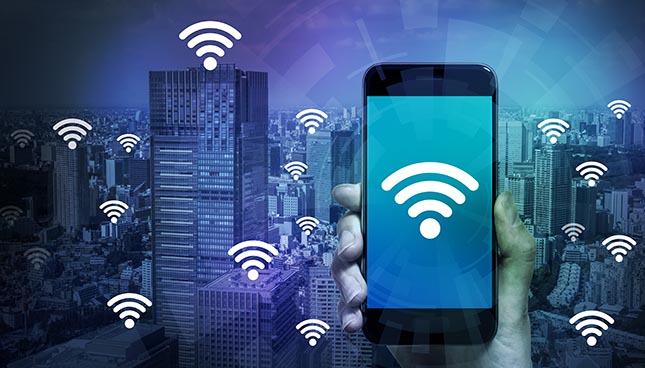 Professor Dominic Deslandes of the École de technologie supérieure de Montréal works in the field of wireless communications. His research ranges from the design of very low-powered wireless systems to antennas that, within five years, will form the next generation of WLANs as well as components capable of processing terahertz waves. His research focuses on the development of economically viable products.

Dominic Deslandes, a professor in the Department of Electrical Engineering at the École de technologie supérieure (ÉTS)  since 2016, and a member of the Communications and Microelectronic Integration Laboratory (LACIME), works in the field of wireless communication.  He is working on the development of systems with low power consumption, reconfigurable high-frequency antennas, electromagnetic sensors and waveguides adapted to terahertz. 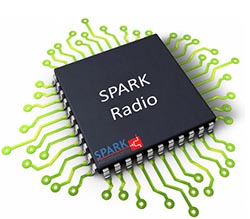 For the past seven years, Professor Deslandes has been working on the development of wireless systems with very low power consumption, making the miniaturization of devices and increased autonomy possible. He partnered with another ETS professor, Frédéric Nabki, and students to create a new company, Spark Microsystems, hosted at Centech. Their system originated from an old technology, the spark transmitter, which has been abandoned in favor of the superheterodyne radio, to produce a communication system that consumes very little energy. The tiny printed circuit board (1 mm by 1 mm) reduces the time required to send a bit from point A to point B (latency) and can be integrated into any device sending and receiving data.

This technology also makes it possible to produce sensors that follow parameters in real time on an assembly line and that operate with ambient energy (heat, vibrations, artificial light), thus avoiding having to pass wires through the walls. Home automation is also an area targeted by Spark Microsystems, as wireless systems are very attractive when modernizing existing buildings. 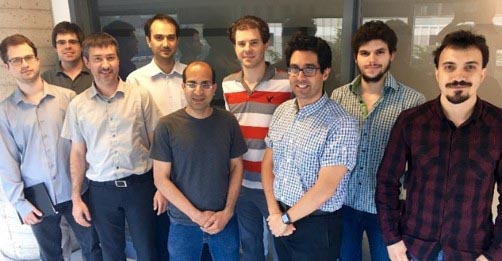 Our unrestrained data consumption creates an ever-increasing demand for bandwidth. One of the solutions envisaged is transmission at higher frequency, around 60 GHz, for the future 5G network. Indeed, the frequency of the waves used is directly proportional to the amount of data that can be transferred. However, the higher the frequency, the greater the attenuation of the waves in the air. At low frequencies, one can afford to send the signal everywhere; at 60 GHz, the signal is strongly attenuated and does not span large distances. To address this constraint, Dominic Deslandes is developing reconfigurable antennas that can point their beams in the right direction in order to concentrate their energy (Rahmani M.H. and Deslandes D., 2015). These so-called smart antennas are scheduled to roll out within a five-year horizon to form the next generation of WLAN networks.

Another of Professor Deslande’s fields of research is the development of small, compact and inexpensive sensors, using electromagnetic waves, namely to detect when a closed loop circulating fluid becomes contaminated and must be replaced (Ndoye, M. et al., 2016).

Professor Deslandes also collaborated with Montreal-based Pixmob, an event-oriented company that became famous during the 2014 Super Bowl Halftime Show. Hats fitted with remotely controlled LED bulbs were given to all spectators at the entrance of the stadium to create visual effects at the Bruno Mars concert. 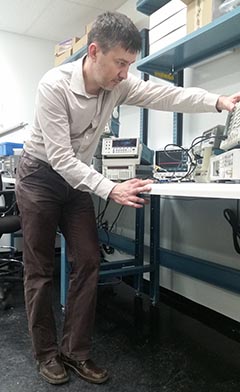 used to transport waves for processing (noise filtering, amplification, etc.). Waveguides are common and frequently used in low frequency systems. As the frequency changes, so do the properties of the materials, meaning that existing waveguides do not function in higher frequency systems.

During his graduate studies, Professor Deslandes was one of the first to tackle the development of simple waveguides for frequencies between 10 and 100 GHz (Deslandes D. and Wu K., 2001; Deslandes, D. and Wu, K., 2006). He is now working to create a dielectric guide for the higher frequency range between 100 GHz and a few THz (Malekabadi et al., 2014).  Economic constraints dictate the choice of materials and manufacturing processes carried out. The dielectric guide must be efficient and it must be possible to produce it using a mass manufacturing process.