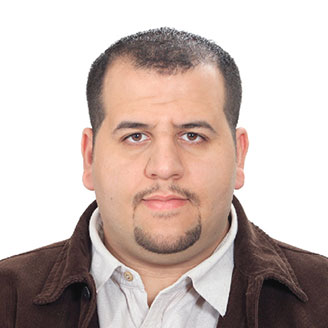 Polymeric outdoor insulators are used to mechanically support bare high-voltage conductors while isolating them electrically from grounded structures, as shown in Figure 1. The insulator comprises a rigid fibre glass core enclosed in a housing material which protects the core from exposure to outdoor contaminants that could effectively degrade the mechanical strength of the core. SiR has been utilized as a candidate housing material in outdoor insulators due to its hydrophobic property, which hinders the formation of conductive contaminant films across the insulator surface [1]. With the adherence of liquid contamination on the insulator surface, leakage current flows across the insulator surface as a result of the existing potential difference across insulator terminals. This results in the formation of scintillations at dry-bands on the insulator surface, which are commonly known as dry-band arcs. SiR degrades by erosion as a result of diffused heat of dry-band arcs impinging the insulator surface. Using inorganic fillers, developing the SiR composite housing material requires improving its erosion performance against heat ablation during dry-band arcing. Research indicates that SiR composites underperform with DC voltage compared to AC, with relatively more severe dry-band arcing [2-3]. Thus, reliable SiR housing material designs have to be developed for HVDC outdoor insulation applications based on a thorough understanding of the mechanisms by which inorganic fillers can suppress erosion under DC voltage. The importance of this fact comes in light of the advantages associated with the use of HVDC transmission in terms of facilitating renewable energy-based distributed generation, interconnecting power markets, and enabling longer power transmission distances [4].

Figure 1. An illustration of SiR polymeric outdoor insulators as used in transmission systems along with the insulator components

Research indicates that using thermally conductive boron nitride filler in SiR enhances the overall thermal conductivity of the composite and improves the erosion resistance of SiR under DC voltage [5]. Fumed silica, on the other hand, favourably interacts with SiR as a result of the silanol groups on the filler surface, which leads to an improvement in the DC erosion resistance of the prepared composites [6]. Boron nitride (BN137) and fumed silica (NS07) fillers were prepared in the laboratory using a high shear mixer as per a percentage by weight (%wt) composite formulation, shown in Table I. Five test specimens from each composite were electrically analyzed using the inclined-plane tracking erosion (IPT), as per the procedures outlined in [7] with necessary modifications for +DC testing. In the IPT shown in Figure 2, samples are mounted at a 45° angle inclination and subjected to a high-voltage DC stress while a liquid contaminant smoothly flows across their surface as it is poured into the paper filters. The test ran for 6 hours with a definite contaminant flow rate and conductivity as set by standards. After the test, erosion depth of the eroded specimens were measured using a micrometer as a method of assessing the DC erosion resistance of the composite. In addition to the IPT, part of the analyses conducted in this study included thermal analyses of the composites, which comprised of thermogravimetric analysis (TGA) and thermal conductivity measurements. Conducting such analyses would enable examination of the inorganic filler influence on the composite’s thermal decomposition characteristics and thermal conductivity improvements. TGA was conducted in a nitrogen (N2) atmosphere at a temperature span of 80-800 °C, at a rate of 25 °C/min. Thermal conductivity measurements were conducted as per the ASTM D7984 standard.

Figure 2. An illustration of the (a) IPT laboratory setup with (b) an actual image of the mounted samples during the test.

Inorganic fillers and SiR composites used in this study

Thermal conductivity measurements indicated in Table I show that the BN137-filled SiR composites have relatively higher thermal conductivity than the NS07-filled SiR composites. Figure 3 shows the TGA performed in N2 atmosphere for the prepared composites. The onset of decomposition took place for all the composites at approximately 400 °C, which represents the depolymerization of SiR [8]. SiR depolymerization occurs through random scission of the Si-O bonds of the SiR siloxane chains, which results in shorter chains and the volatilization of cyclic SiR oligomers [9]. Preliminary results indicate the lowest depolymerization rate for the NS07-filled composite compared to those of BN137. This could be attributed to the silanol groups of the silica filler interface, which favourably interact with the siloxane chains of SiR to tether these chains and suppress depolymerization [8]. Moreover, the NS07-filled composite was associated with two decomposition peaks, which could be attributed to the crosslinking mechanism illustrated by Camino in [9]. These observations seemingly conclude that fumed silica had a significant influence in suppressing depolymerization compared to boron nitride—a conclusion which coincides with the IPT outcomes in this study shown in Figure 4. Figure 4(b) shows the IPT outcomes in terms of the average eroded depth and the corresponding standard deviation for the erosion depths of each composite. The least average erosion depth was observed with the NS07-filled composite, followed by the BN137-filled composites despite the higher thermal conductivity of the later composites. This finding could be confirmed visually in Figure 4(a) showing more damage on the surface of the SiR containing NS07 as compared to BN137-filled composites.

Figure 3. TGA for the prepared NS07- and BN137-filled composites in N2 atmosphere

Figure 4. (a) Images of the post-IPT tested samples of the composites and (b) average erosion depth measurement outcomes for the prepared BN137- and NS07-filled composite samples after running the DC IPT.

Outcomes of the study indicate that thermal conductivity is not the only governing erosion suppression mechanism in SiR insulators. Instead, the interactive filler interface of fumed silica seems to be more influential in suppressing DC erosion. With further investigation, the research will ultimately develop a mechanistic-based framework for the development of reliable SiR insulation housing composites for high-voltage DC outdoor insulation applications that would serve the future renewable energy-based electric grid.

For more information on this research, please see the following paper (hyperlink will follow shortly):

Refat A. Ghunem, PhD is a Research Officer with the NRC Metrology Research Center at the National Research Council Canada. Refat is also associate professor at Ecole de technologie supérieure. 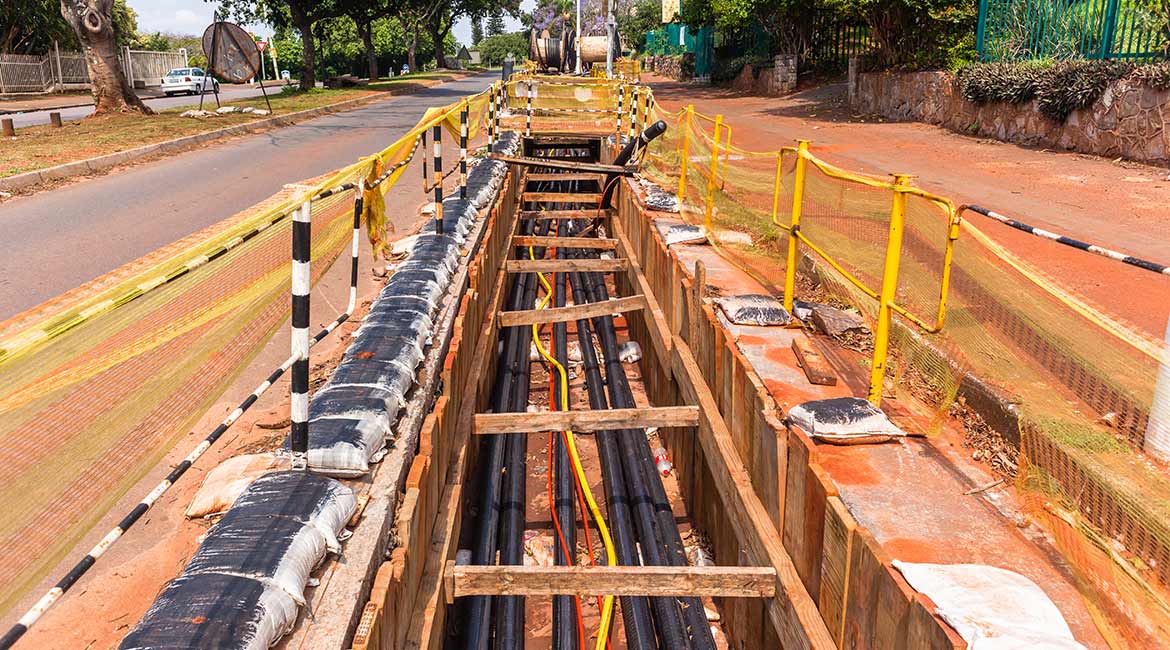