Investigating the Impact of Yukon Glaciers Retreat on Water Resources

Anna Chesnokova Author profile
With a Master’s degree from EPFL in Switzerland, Anna Chesnokova is a PhD candidate at the École de technologie supérieure. Her research focuses on the impact of climate change on the hydrology of subarctic proglacial areas of southwestern Yukon.
Program : Construction Engineering 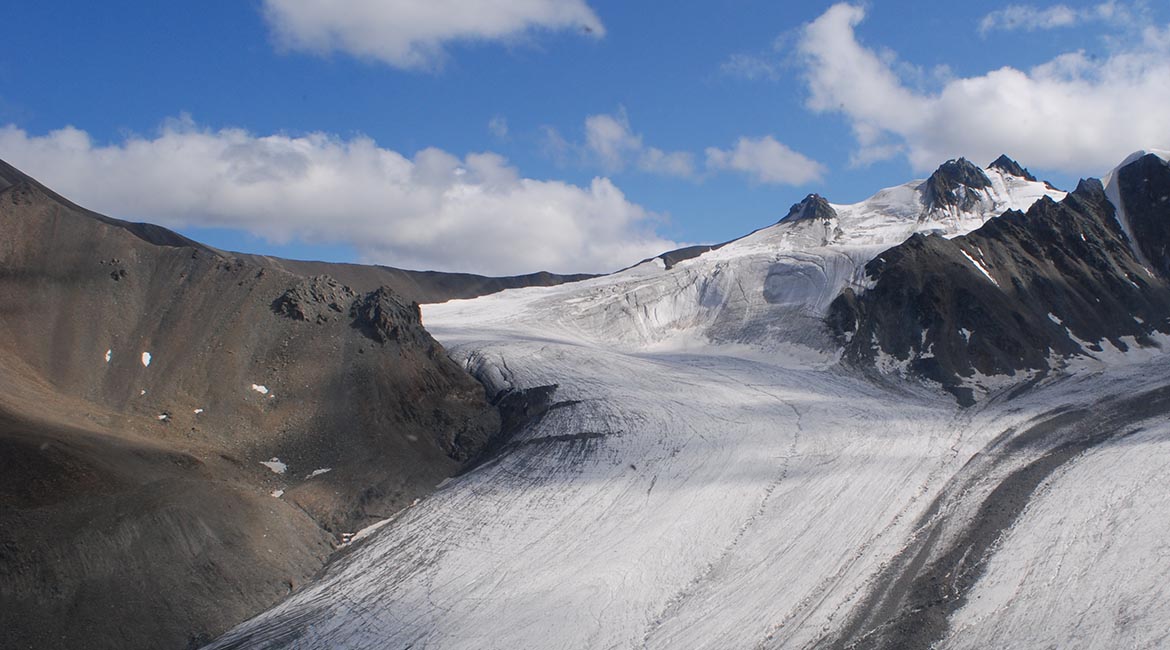 For the third consecutive year, Professor Baraër’s team travelled to the upper Duke valley to study proglacial hydrology. These valleys, with their highly complex hydrology, play a crucial role in regulating water resources, hydroelectric production, and in maintaining the subarctic ecosystems of North America.

Glaciers can be seen as natural ice machines whose size is related to the balance between snowfall and air temperature. Snow that falls on the upper part of the glaciers (accumulation zone) in winter does not melt completely during the summer, because of the cold ambient air. It slowly transforms into ice as it is buried by more recent snow. Gravity makes this ice flow like an actual solid river. When it reaches lower altitudes (ablation zone), warmer air temperatures prevail, the winter snowpack can no longer survive in the summer and the exposed ice starts to melt.

Illustration of accumulation and ablation zones of a glacier

Any change in air temperature and/or type of precipitation leads to a gain or loss of glacier mass, making them very sensitive indicators of climate change.

Last summer, the glaciers at the study sites were all in generalized melting states, showing bare ice in accumulation zones. In other words, the “ice machine” has stopped, which means that going forward, their retreat will more than likely continue.

In retreating, the glaciers of the region leave behind blocks of ice buried under debris in the liberated zones. This ice, isolated from the sun’s radiation, will melt slowly and contribute to water resources. To this day, the extent of these buried ice masses and their impact on the surrounding rivers is poorly understood. Is there enough ice buried to mitigate the effect of disappearing glaciers for a while? What is their influence on river flows? These issues were the focus of the scientific activities of Professor Baraër and his team during their last expedition to the Yukon. 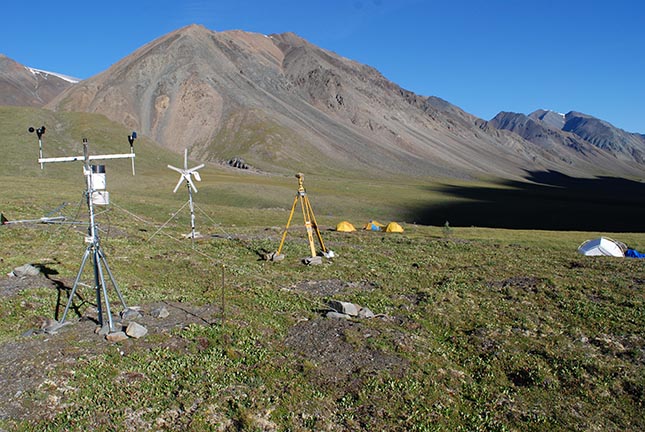 An Isolated and Rugged Environment 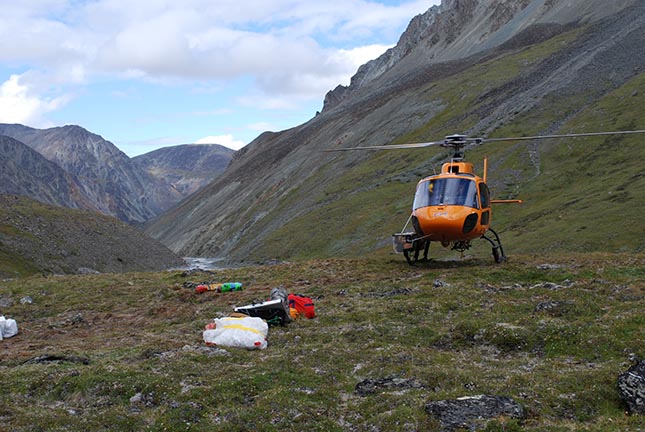 Anna Chesnokova, PhD candidate at ETS and responsible for the expedition’s scientific program, and Pierrick Lamontagne-Hallée, PhD student at McGill University and geophysics specialist, together with Professor Baraër, made up this year’s research team. Most of the program’s research activities were successfully completed. This success is noteworthy because the difficult operating conditions and isolation of the research team during the 16-day expedition made the scientific activities far more difficult to achieve than in a more standard environment.

It will take almost six months for the team to analyze, interpret and publish all the data collected in the field, but these elements can already be described as very promising. They may provide a better understanding of the hydrology of the upper Yukon valleys and better anticipate significant changes that will affect the territory’s water resources in the coming decades.

Michel Baraër is a Professor in the Department of Construction Engineering at ÉTS. His research activities focus on the impact of cryosphere degradation on water resources in the tropical Andes, southwestern Yukon and southern Quebec.

With a Master’s degree from EPFL in Switzerland, Anna Chesnokova is a PhD candidate at the École de technologie supérieure. Her research focuses on the impact of climate change on the hydrology of subarctic proglacial areas of southwestern Yukon.