Impact of Solar Flares on Life – Effects on Earth - By : Jonathan Landry,

Impact of Solar Flares on Life – Effects on Earth

This article is the continuation of a recently published article entitled  Impact of Solar Flares on Life – The Sun. In this second part, the potential effects of solars flares on Earth are analysed. This article is a summary of the first chapter from SolarMAX: a space weather survival guide, a 2013 Space Study Program team project (SSP13) from the International Space University (ISU).

The impact of solar flares can take various forms. The most significant, presented in the SolarMax team report, are listed below. 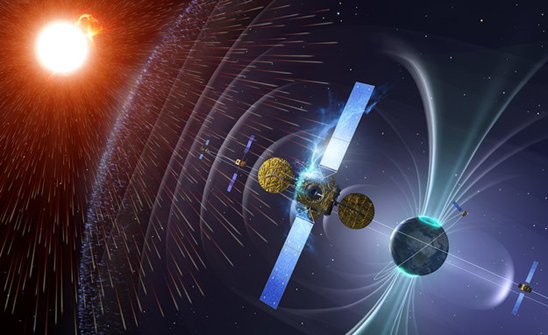 Fig. 2: Satellites (and debris) rotating around the Earth (view from the North Pole). Source [Img2]. 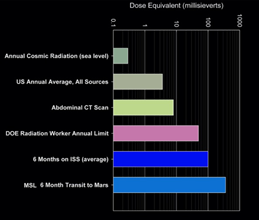 4. Aviation: When flying over oceans and polar-regions, solar flares can cause radio blackouts lasting for hours, while severe geomagnetic storms can cause radio blackouts that last for days. Aircraft crews and passengers are also at risk from solar radiation, even during normal flight. Source [1] calculated that in February 1956, solar activity increased radiation levels at high latitudes by 300 times. This could have caused some aircrews to exceed current annual occupational flight limits in just one flight [1].

6. Pipelines: The magnetic field perturbation from space can create ground induced currents (GIC), as shown in figure 4. Pipelines are protected from corrosion with cathodic protection and GICs reduce the performance of this protection, causing corrosion and reducing the lifetime of the pipeline.

7. Electrical distribution: GICs can flow in power grids and add unexpected inductive loads, which can saturate or overheat transformers. Damaged or broken transformers can result in major power failures [2]. Damaged transformers need to be replaced to restore normal operation, which could take from 40 days to one year if a new custom design transformer needs to be built [3]. Since everything is interconnected (figure 5), a lot of other problems can occur.

The author a SolarMax team member wishes to express his sincere gratitude to all at ISU who helped write the report in less than one month. We would like to thank our chairs Dr. Simon Pete Worden and Dr. Rogan Shimmin of NASA Ames, as well as our tireless and always optimistic Teaching Associate, David Haslam.

Jonathan Landry is a master student in aerospace at ÉTS de Montréal. His thesis consists in developing a finite element software able to solve multiphysics problem with moving-mesh algorithms.