The impact of electric vehicles on the quality of the power supply - By : Alireza Javadi, Kamal Al Haddad, 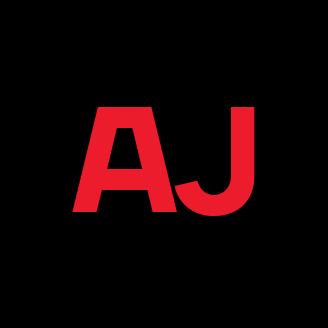 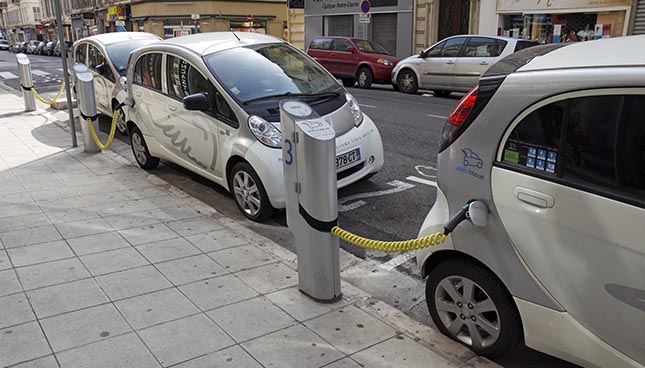 Implementing green energy sources like wind farms and solar power plants to produce electricity associated with electric vehicles usage is great for the environment but problematic for the quality of the power produced and used. Direct current (DC) equipment like photovoltaic systems and electrified transportation charging stations create non-linear distortion that may cause failure of electrical equipment. Researchers from the Power Electronics and Industrial Control Research Group (GRÉPCI) at École de technologie supérieure (ÉTS) of Montreal found a solution to correct those distortions, improve power quality to meet actual and future Electrified Transportation needs. 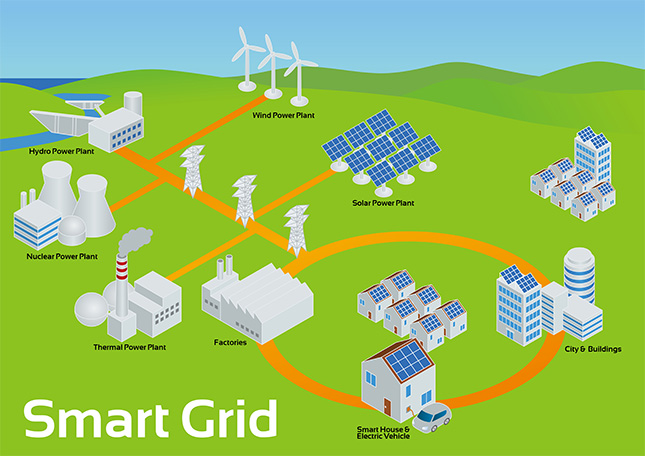 Figure 1 : an example of a smart grid with many sources of energy.

On the other hand, the growth of harmonics fed from nonlinear loads like electric vehicle propulsion battery chargers, which indeed have detrimental impacts on the power system and affect plant equipment, should be considered in the development of modern grids. Likewise, the increased root mean square (rms) and peak value of the distorted current waveforms increase heating and losses and cause failure of the electrical equipment. Such phenomenon effectively reduces system efficiency and should properly be addressed. 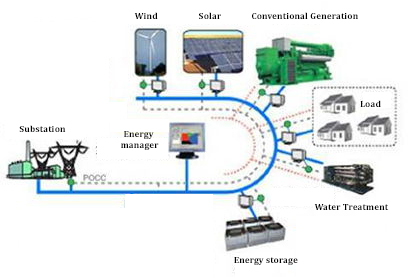 Moreover, to protect the point of common coupling (PCC) from voltage distortions (figure 2), one available option is the dynamic voltage restorer (DVR) which is “a method and apparatus used to sustain, or restore, an operational electric load during sags, or spikes, in voltage supply. […] This custom device mitigates potential damage to equipment and undesirable slowdowns to the production line caused by an abrupt change in electric load” [1].

In this article, a single-phase transformer less Hybrid series active filter (THSeAF) is proposed which is capable of clean up the grid side connection bus bar from current harmonics generated by a non-linear load. The advantage of the proposed configuration is that non-linear harmonic voltage and current producing loads could be effectively compensated (figure 3). 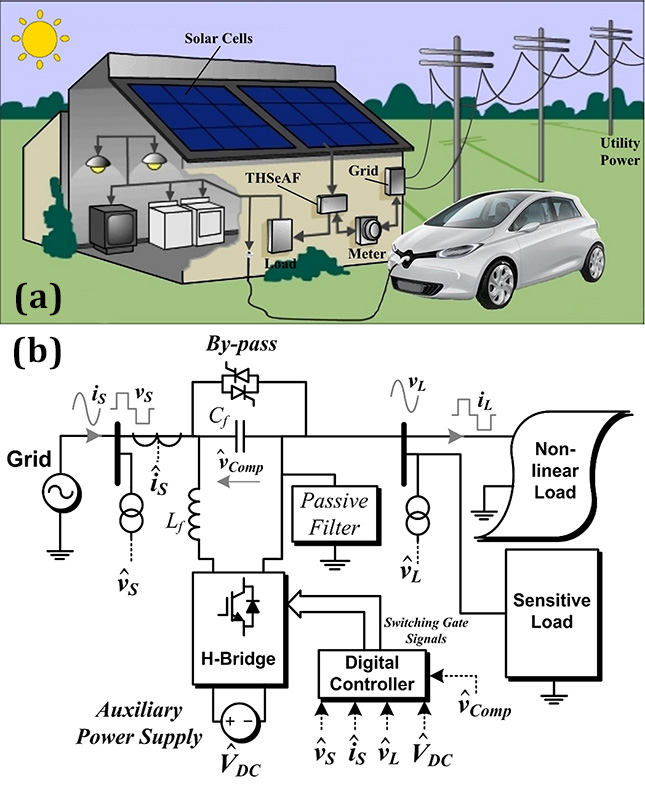 Figure 4 : Effect of a non linear charge on a grid current (pink) and voltage (green).

The second set of wave shows the grid’s voltage distortion caused by a non-linear charge without a compensator. The THSeAF compensator will correct the non-linearity produced. For comparison, here is the effect of a Nissan Leaf charging station on the current and voltage of a network, measured at École de technologie supérieure in Montreal.

Figure 5: effect of a Nissan Leaf charging station on the current (pink) and voltage (green) of a network.

The THSeAF is an alternative option to conventional power transferring converters in distributed generation systems with high penetration of renewable energy sources, where each phase can be controlled separately and could be operated independently of other phases. We demonstrate that the separation of a three-phase converter into single-phase H-bridge converters has allowed the elimination of the costly isolation transformer and promotes industrial application for filtering purposes. The setup has shown great ability to perform requested compensating tasks for correction of current and voltage distortions, power factor correction, as well as voltage restoration on the load terminal.

State of the Art

Although several attempts are made for specific case study, a generic solution is to be explored. There exist two types of active power devices to overcome described power quality issues. The first category is series active filters including hybrid type ones. However, the complexity of the configuration and necessity of an isolation series transformer had decelerated their industrial application in distribution system. 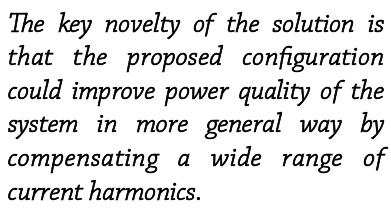 The second category was developed in concern of addressing voltage issues on sensitive loads. These two categories are different from each other in their control principle. This difference relies on purpose of their application in the system. Hybrid series active filter (HSeAF) was proposed to address above aforementioned issues with only one configuration. Hypothetically, they are capable of compensating current harmonics, ensuring a power factor correction, and eliminating voltage distortions at the PCC. These properties make it an appropriate candidate for power quality investments.

In this research, a Transformerless-HSeAF for power quality improvement was developed and tested. With the ever increase of non-linear loads and higher exigency of consumer for a reliable supply, concrete actions should be taken into consideration for future Smart Grids in order to smoothly integrate electric cars battery chargers to the grid. The key novelty of the solution is that the proposed configuration could improve power quality of the system in more general way by compensating a wide range of current harmonics. Even though, it can be seen the THSeAF regulates and improves the PCC voltage. Connected to a renewable auxiliary source, the topology is able to counteract actively to the power flow in the system. This essential capability is required to ensure a consistent supply for critical loads. Behaving as high-harmonic impedance, it cleans the power system and ensures a unity power factor. The theoretical modeling of the proposed configuration was investigated. The proposed transformerless configuration was simulated and experimentally validated. It was demonstrated that this active compensator responds properly to source voltage variations by providing a constant and distortion- free supply at load terminals. Furthermore, it eliminates source harmonic currents and improves power quality of the grid without the usual bulky and costly series transformer.

To get information on this subject, we invite you to read the following research article :

Consult our web site for more information on the other projects conducted in the Power Electronics and Industrial Control Research Group (GREPCI) and the students wanted for our projects.