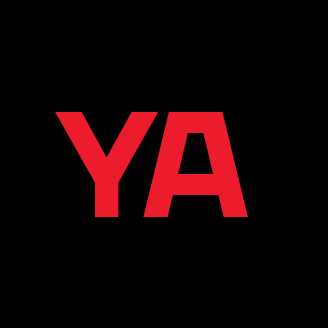 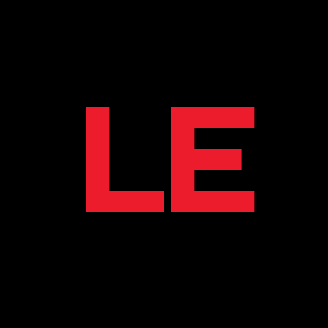 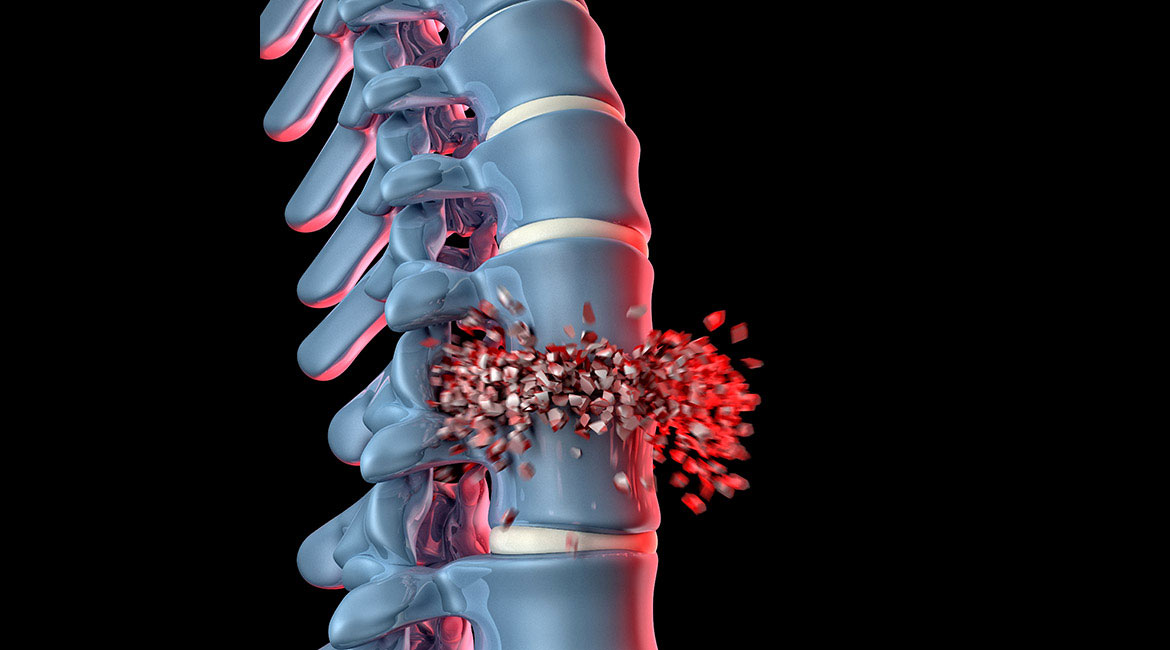 Cell therapy using cells encapsulated in injectable matrices is a promising technique for the minimally invasive treatment of intervertebral disc degeneration, one of the major causes of back pain which affects 19% of the world’s population. However, this therapeutic approach is limited by the generally low mechanical properties of injectable matrices. This study demonstrates the potential of new injectable chitosan hydrogels formulations with interesting mechanical properties for the regeneration of intervertebral discs, in particular their central part called nucleus pulposus (NP).

Intervertebral disc (IVD) degeneration is one of the leading causes of lower back pain [1], which affects 19% of the worldwild population [2]. Current techniques in managing this dysfunction are not only very invasive, but also ineffective for the complete restoration of IVD biomechanical functions. Therefore, developing new minimally invasive techniques, focused on the repair or restoration of IVD, is relevant. Cell therapy is one of the promising techniques for this purpose. This technique involves injecting specific cells and molecules, potentially encapsulated in biocompatible matrices, with the objective of regenerating the disc, specifically its central part: the nucleus pulposus (NP). However, this application is limited by the generally poor mechanical properties of the injectable matrices studied so far [3, 4].

Our team has recently developed injectable chitosan“Chitosan is a type of fibre derived from chitin, a substance that develops in the hard outer shells of crustaceans such as crab, crayfish, shrimp and squid.” Ref. livestrong.com https://www.livestrong.com/article/225178-what-is-chitosan-used-for/ hydrogels with enhanced mechanical properties and better cytocompatibilityCytocompatibility is the capability of a material or environment to tolerate nearby cells without affecting their survival or function. [5]. Those formulations, which are liquid at room temperature, gel at 37° C, and could be optimized for IVD regeneration. The basic objective of this research is to characterize these new formulations and to determine those that present similar mechanical properties to human NP, while allowing the survival of encapsulated NP cells, and the synthesis of a tissue with a similar composition to that of native NP.

The hydrogels were prepared by mixing an acidic solution of chitosan and gelling agentSolution used to induce gelation. solutions consisting of sodium hydrogen carbonate (SHC), a phosphate buffer (PB) and/or β-glycerophosphate (BGP). The composition of the four tested formulations is shown in Table 1.

Table 1 Composition of chitosan hydrogel formulations and their osmolality 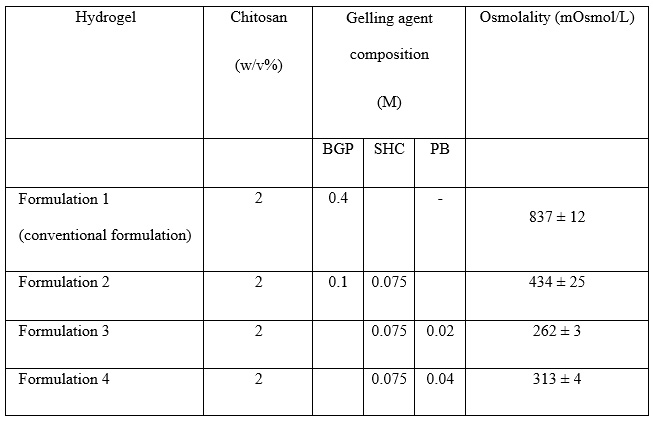 Rheological tests with a rotational rheometer (Anton Paar) at room temperature (22° C) and body temperature (37° C) were performed to test the stability of the formulations at 22° C and the gelation profile at 37° C. Mechanical tests in unconfined compression on hydrogels incubated for 24 h at 37° C were performed to determine Young’s secant modulusMechanical parameters to characterize the rigidity of a material of each sample. These mechanical properties were compared to those of human NP in unconfined compression using an incremental stress relaxation test [6].

The osmolarity“Concentration of osmotically active particles in a solution expressed in osmoles per litre (Osm.L-1) of the solution.” Ref. The Free Dictionary https://medical-dictionary.thefreedictionary.com/osmolarity of these hydrogels was also measured. Then, bovine NP cells were encapsulated in these hydrogels and cultured for fourteen days at 37° C. Viability tests using AlamarBlue® and LIVE/DEAD® assay were performed to evaluate the metabolic activity of the encapsulated cells and their viability, respectively. The synthetic activity of these cells was also evaluated by measuring the amount of glycosaminoglycansHydrophilic macromolecule responsible for the high degree of hydration of a healthy disc and therefore its interesting compression properties (GAG) produced by the 1-dimethyl methylene (DMMB) assay. The injectability of the hydrogels was tested in explanted human discs using 25-gauge needles. With regard to the biocompatibility results, the conventional formulation (1) is hypertonic with osmolality > 800 mOsmol/kg, while all the other formulations have osmolality values close to the physiological values within the disc (430 mOsmol/kg) [7]. A viability rate of approximately 85% of the encapsulated cells was observed, the highest metabolic activities being after 14 days of culture for formulations 2 and 3 (Figure 3). On the other hand, formulation 2 has the highest GAG production (Figure 4). Table 2 GAG production as per the formulation

Finally, injectability tests in explanted human discs show good retention of formulation 3. Not only does the initial viscosity of this gel allow injection with a smaller-diameter needle in addition to filling the defects present in the disc, but also shows gelation rapid enough to prevent leakage from the injection site (Figure 4).

This study concludes that Formulation 2 is a promising injectable matrix for the intervertebral disc repair because it exhibits mechanical properties similar to human NP and provides an adequate environment for cell survival as well as for the synthesis and retention of glycosaminoglycans, an important component of NP tissue. The remainder of the project will focus on studying the benefits of adding a bioactive molecule to cell synthesis activity and therefore to the regenerative capacity of the technology. Ultimately, this project will develop injectable hydrogels combining cells and bioactive agents for regenerative medicine, specifically intervertebral disc regeneration.

Yasaman Alinejad is a PhD intern in the ÉTS Department of Mechanical Engineering. Her research project focuses on intervertebral disc regeneration and cell micro-encapsulation.

John Antoniou is an Orthopedic Surgeon at Montreal’s Jewish General Hospital, Associate Professor and Director of Research at the Division of Orthopedic Surgery, Department of Surgery, McGill University.