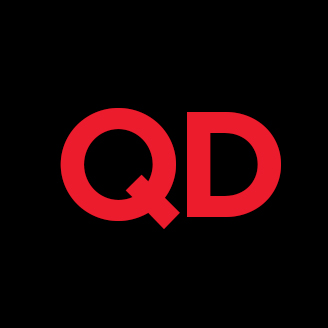 Jérôme Antoni Author profile
Jérôme Antoni is a professor at the Vibration Acoustics Laboratory of INSA Lyon. His expertise in the field of signal processing and statistics applied to vibration and acoustic analysis is widely recognized.

Martin Gagnon Author profile
Martin Gagnon is a researcher in asset management at the Hydro-Québec Research Institute and an expert in signal processing in the hydroelectric field. 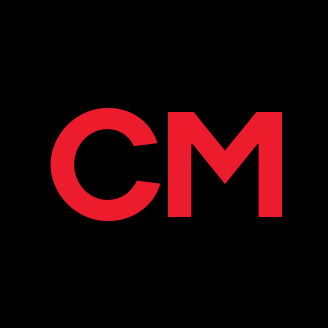 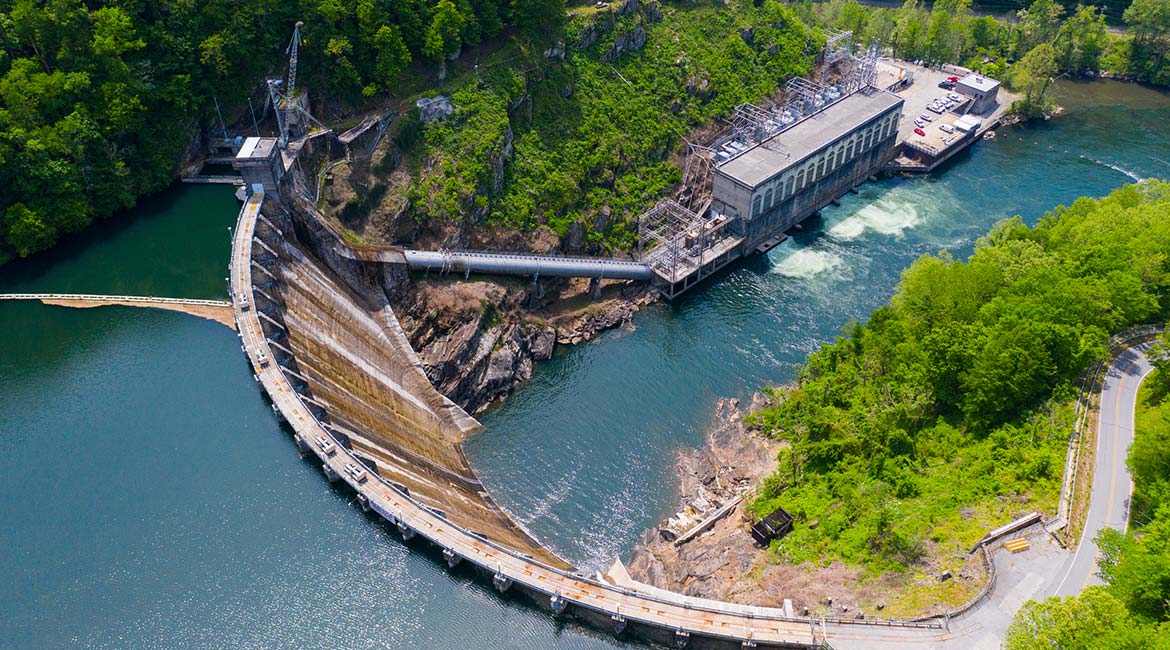 The increasing rate of start-stop cycles in hydroelectric turbines can present serious reliability problems in terms of residual fatigue. These transient cycles result in significant dynamic instabilities on some wheels and consequently strong vibrations that contribute to accelerating crack propagation. Characterizing these instabilities is currently beyond the scope of numerical simulations. To better understand turbine dynamics in transient regimes, our team worked on the development of modal analysis tools using experimental measurements to identify the mechanical properties of turbines.

An essential aspect of hydroelectric turbine management is the control of vibration levels. Both in the design phase and during their operation, a proper understanding of vibration behaviour is crucial to predicting the cracking state of turbines. The most critical phenomenon in vibration is resonance. When excitation coincides with a structural mode shape, vibrations are amplified, which accelerates cracking (see Figure 1). This early degradation results in a lack of accuracy in numerical models, which fail to perfectly simulate resonance effects in turbines. 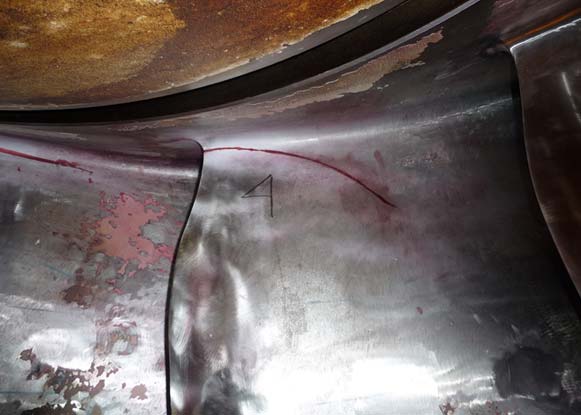 Start-Stop Operations – Main Cause of Resonance

Just like an old car that vibrates intensely during startups and shutdowns, turbines are subject to high stress during these phases. In both cases, the strong vibrations are due to multiple resonances. Rotational speed varies during startups and shutdowns, causing vibrations to cover a wide range of frequencies, and increasing the probability of generating resonances.

Turbine startups and shutdowns, which were occasional only a few years back, are now commonplace. Wind and solar energy development generate high production variations, and a part of the hydroelectric park is used to stabilize the network fluctuations. As a result, continuous operation of the installations has given way to intermittent operation, increasing the start-stop cycles of turbines by a factor of 100. Figure 2 shows that the damage rate generated by these cycles is of particular concern.

To address the shortcomings of the numerical approach, our team focused on developing an experimental method to characterize the resonance phenomena. 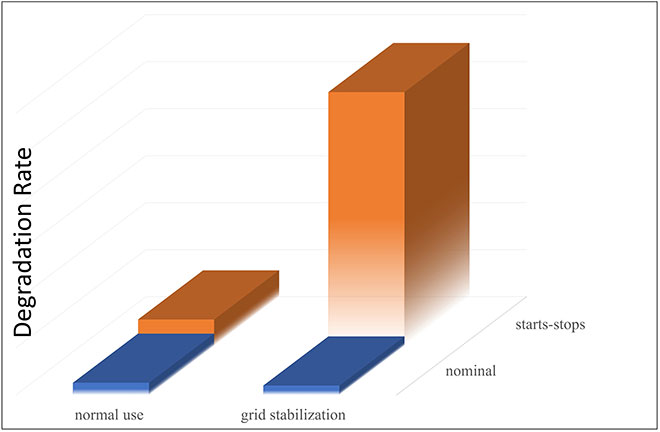 The central idea of the experimental approach is to use vibration measurements to characterize turbine behaviour accurately. Mathematically speaking, resonances are modelled using two parameters: frequency and damping. These are called modal parameters. In theory, many algorithms in the field of operational modal analysis are capable of estimating these parameters [2]. However, the models require good quality data to obtain reliable results. Typically, data must be stationary and extensive to obtain a well-conditioned problem in order to analyze many resonances jointly and average the measurements to “smooth out” the observations. In our work, the measurements come from non-stationary transient regimes. The only way to guarantee stationary signals is to consider short time intervals. Consequently, the data are extremely sparse, and resonances must be treated individually, giving no possibility of averaging the data.

Figure 3: Comparison of a resonance model (3 resonances) with good and poor quality measurements.

Figure 3 shows the significant difference between a well-conditioned problem and our problem. The difficulty in processing short-term data is tangible. Data processing must therefore meet two challenges: first, separating the different resonances measured simultaneously to process them individually, and second, setting up an efficient identification procedure with little data to estimate the uncertainties.

To meet the specifics of short-term data, our team worked on the development of a new identification algorithm. 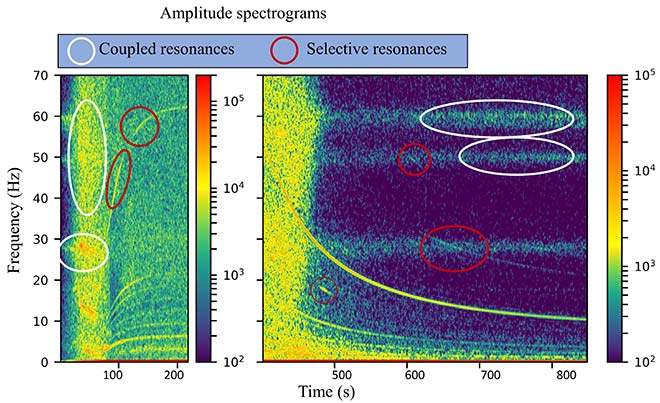 Figure 4: Time-frequency analysis of stress measurements. Resonances during startups (left) and shutdowns (right) can be separated by rotation speed harmonics.

The characterization of short-term data lends itself well to the use of Bayesian approaches. These approaches allow estimating modal parameters with few samples and to associate reliable uncertainty margins to them. In general, the main drawback of these approaches is the computation time required to reach convergence. The Fast Bayesian procedure can identify modal parameters while maintaining reasonable computation times [4]. The technique was tested successfully on numerical examples. An explicit comparison with standard models is shown in Figure 5.

Figure 5: Comparison between identification capacities of standard approaches and our approach. The Fast Bayesian technique shows better results for absorption.

Combining order tracking and the fast Bayesian solver made estimating the real modal parameters of a hydroelectric turbine runner in a start-stop regime possible for the first time. An example of the method is summarized in Figure 6. This preliminary work is encouraging, but increased efforts are currently being made to reduce the uncertainty margins, which remain high. 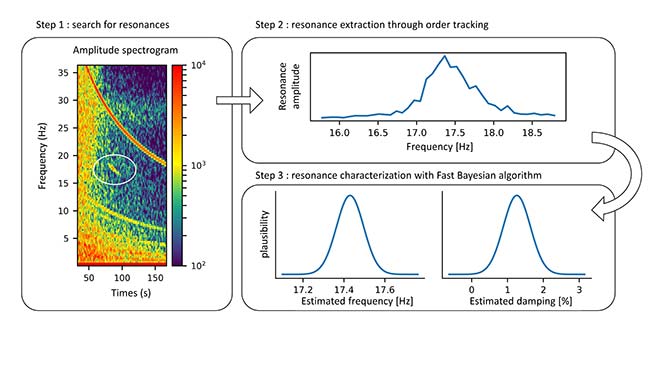 Figure 6: Overview of the method. Modal analysis is coupled to order tracking to achieve a reliable characterization of resonances.

From an industrial point of view, these results are likely to bring significant improvement to the numerical prediction capacities in critical phases of operation. Indeed, the experimentally identified parameters can be implemented in data assimilation routines, allowing for the calibration of numerical approaches and guaranteeing more realistic simulations.

Readers interested in this topic can refer to the following article:

Quentin Dollon is a graduate engineer from Ecole des Mines, and a PhD candidate in a double degree program with ÉTS and INSA Lyon.

Jérôme Antoni is a professor at the Vibration Acoustics Laboratory of INSA Lyon. His expertise in the field of signal processing and statistics applied to vibration and acoustic analysis is widely recognized.

Martin Gagnon is a researcher in asset management at the Hydro-Québec Research Institute and an expert in signal processing in the hydroelectric field.

Christine Monette is the leader of the mechanical design department at Andritz. She has great expertise in CFD-FEA simulation and in the mechanical and hydraulic behaviour of turbine generator sets.