Why not a Hurricane and Flood Proof Home! - By : Substance,

Why not a Hurricane and Flood Proof Home! 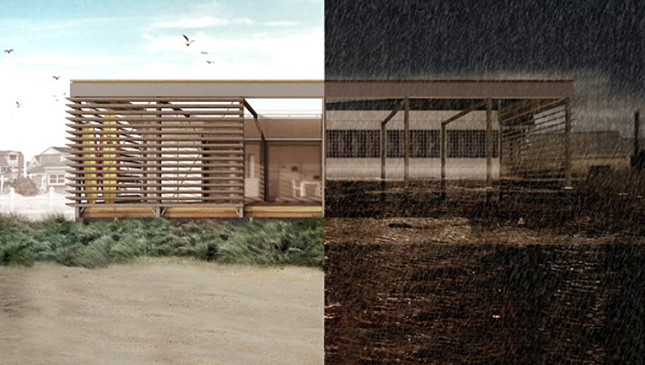 All images come from Sure House website: no usage restriction found, source.

2017 has been a difficult year for homeowners in Canada, the United States and several Caribbean islands. Hurricane Harvey hit the Texas and Louisiana states in the US at the end of August 2017 flooding and destroying over 100,000 homes. Many Caribbean islands have suffered major damage caused by winds and floods following hurricanes Harvey and Irma. In Quebec (Canada), 4,701 houses were flooded in 175 cities and municipalities throughout the province following the heavy rains of spring.

The vast majority of homes in North and South America are not made to withstand floods and hurricanes. If you are thinking about acquiring a property, you should consider purchasing an autonomous hurricane proof and flood proof home. It is also possible to renovate an existing house to be hurricane and flood proof.

Sure house: a Hurricane and Flood Proof Home

Researchers and students from Stevens institute of Technology, New Jersey, USA, have designed, constructed and tested an unusual solar house. The Sure house:

The Sure House designers had in mind the 350,000 houses damaged in 2012 by Hurricane Sandy in New Jersey. The outer walls of this house are equipped with storm shutters to resist hurricanes and associated flooding.

Components design were inspired by boat technology to seal the house. 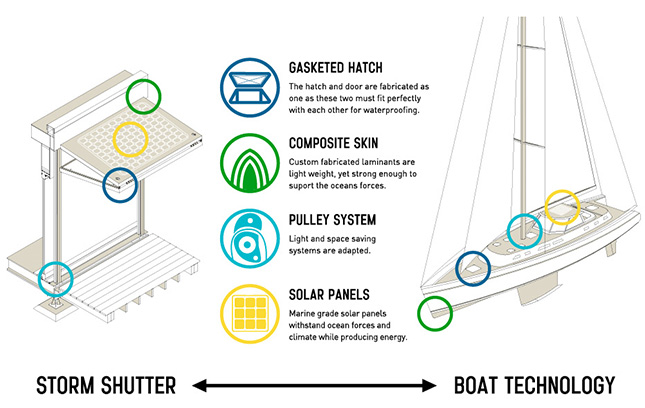 Other hurricane and flood proof projects

Deltec company has designed a round house that, by its form, resist hurricanes. These houses can be assembled on steel structures to raise them and, therefore, avoid flooding.

The Builder website describes six hurricane and flood-proof housing projects. We invite you to consult it.