Hubble Telescope: 25 Years of Space Adventure and a Successor - By : Substance,

Hubble Telescope: 25 Years of Space Adventure and a Successor 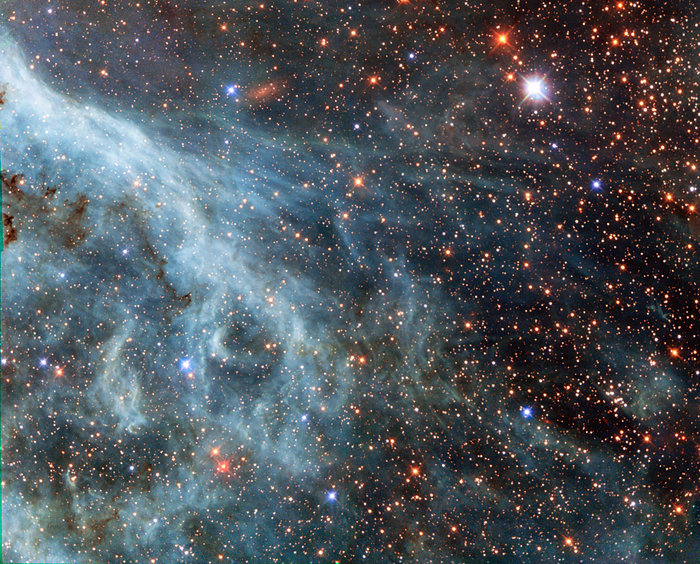 The anniversary of an incredible scientific instrument: Hubble

This week the Hubble space telescope, which is named after the American astronomer Edwin Hubble, celebrates its 25 years in space. The telescope was launched on 24 April 1990 by Discovery Space Shuttle and place into orbit 570 kilometers above Earth. After a few hiccups at the beginning, it was only in 1993 that Hubble could be operational and explore the depths of space.

It sends approximately 120 gigabytes of scientific data every week and was able to go back to 500 million years after the Big Bang. 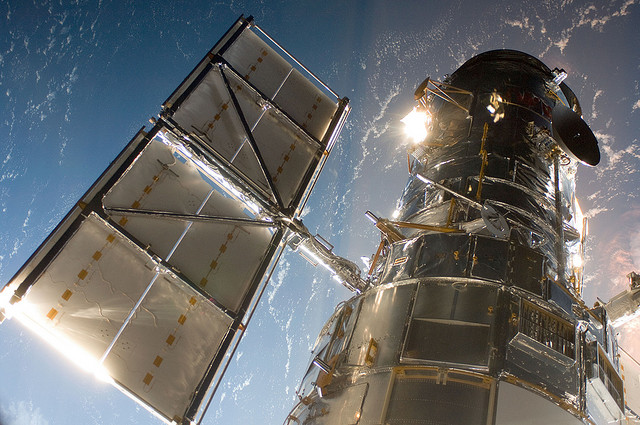 This telescope has had a major impact on astrophysics and cosmology, including the discovery of organic compounds, exoplanets and dark energy.
This video reminds us the incredible discoveries and the importance of the role played by this telescope:

Hubble, it’s also 13,000 scientific publications, a Nobel Prize in Physics in 2011 and more than a million of incredible pictures.

Here is a selection of these spectacular pictures: 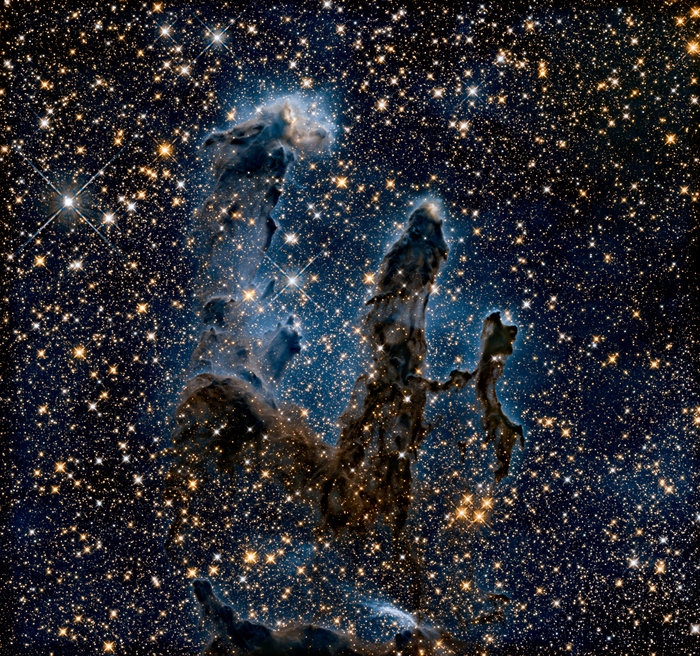 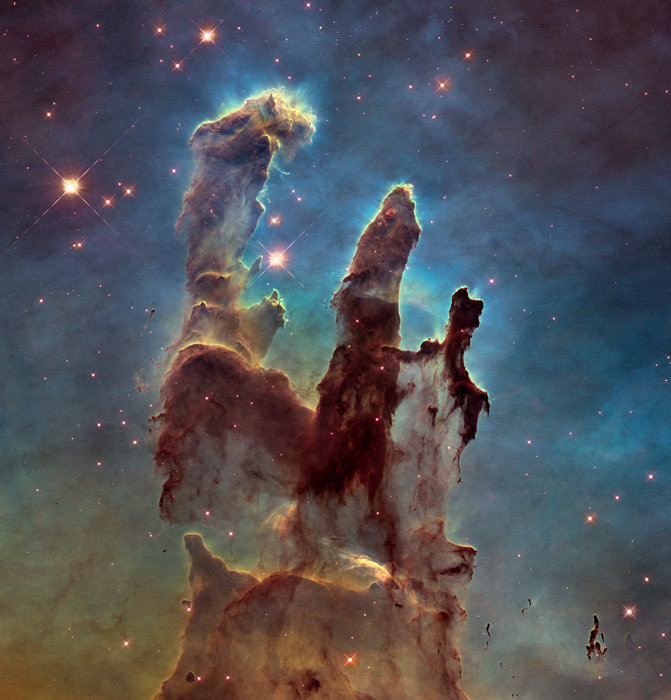 The dust and gaz in the pillars is seared by the intense radiation from young stars and eroded by strong winds from massive nearby stars. This Nebula was photographed numerous times since 1995 by Hubble. 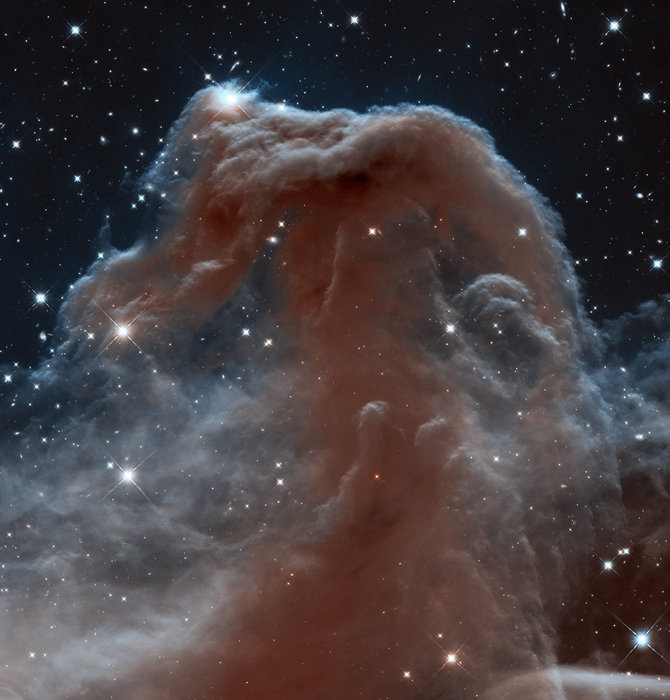 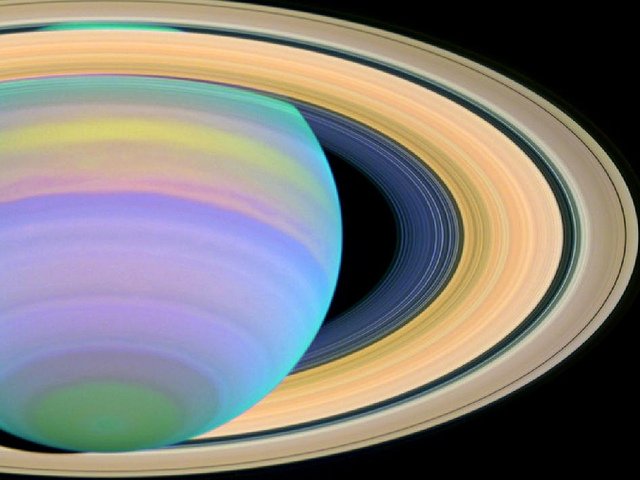 This ultraviolet image of Saturn was taken when the planet’s rings were at their maximum tilt of 27 degrees toward Earth. 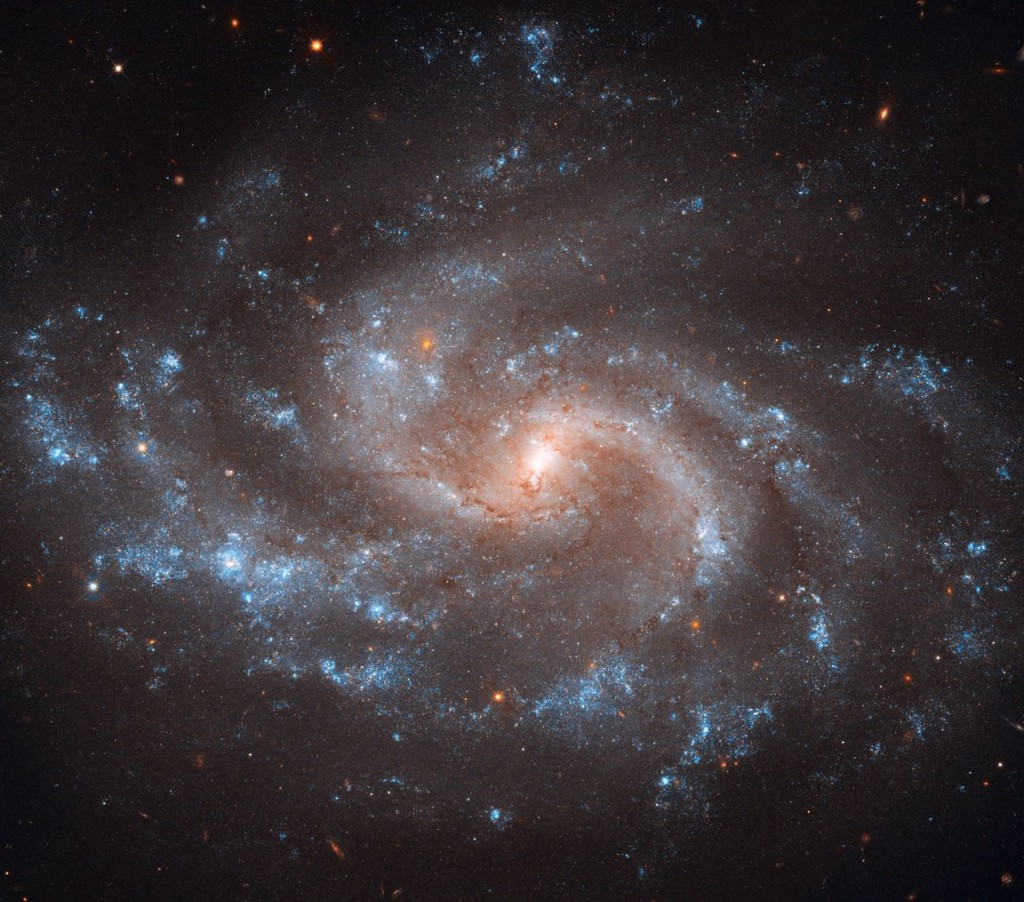 HD 189733b is an extrasolar planet approximately 63 light-years away from the Solar System. The planet was discovered orbiting the star HD 189733 A on October 5, 2005. It was the first extrasolar planet to have carbon dioxide detected in its atmosphere.

Hubble will soon coexist with the new comerJames Webb Space Telescope, which has hundred times higher abilities. Webb is developed by the US space agency (NASA) in collaboration with the European (ESA) and Canadian (CSA) Space Agency. 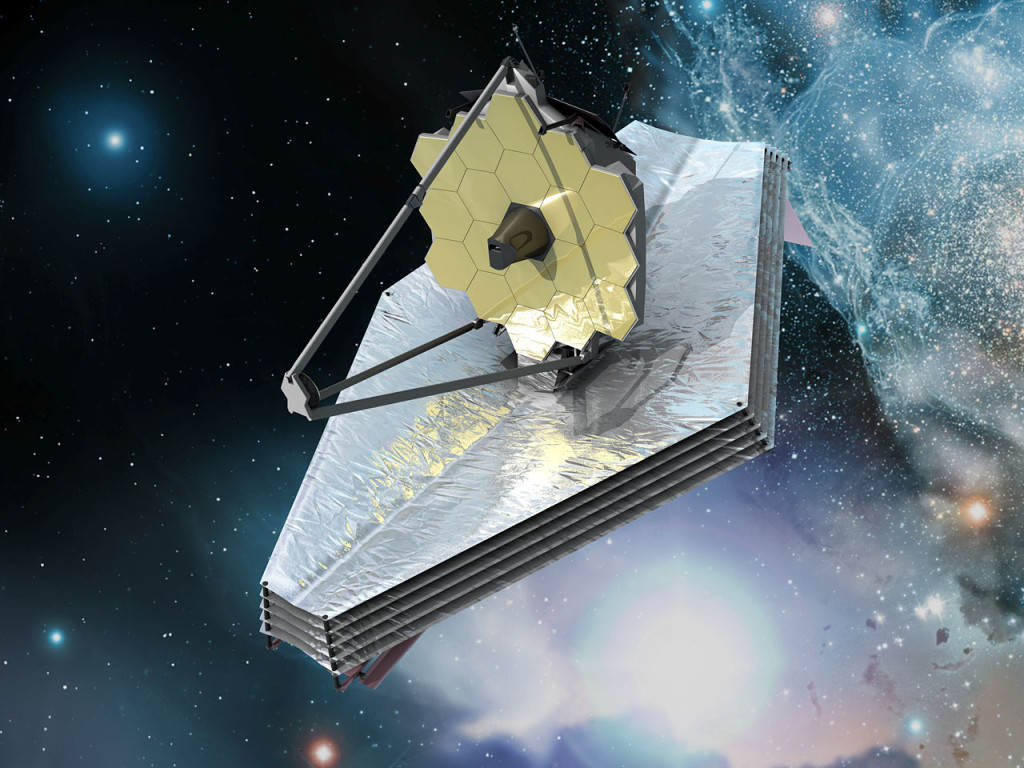 The James Webb Space Telescope (JWST) will get a primary mirror of 6.5 meters (21 ft) in diameter against 2.4 meters for Hubble. It is assembled at NASA Goddard and will be launched at 1.5 million kilometers from Earth by an Ariane 5 rocket from the Kourou Space Centre in French Guiana in October 2018.

Weighing 6.4 tons and a cost of 8.8 billion US dollars, the Webb is a great innovation in the world of aerospace. It should see 70% more light than Hubble. Moreover, the infrared capabilities from this telescope are expected to let it see all the way to the very first galaxies forming just a few hundred million years after the Big Bang.

Exciting things that should give us full of pleasant surprises!