How to Park your Bike Downtown in Less than 10 Seconds! - By : Substance,

How to Park your Bike Downtown in Less than 10 Seconds! 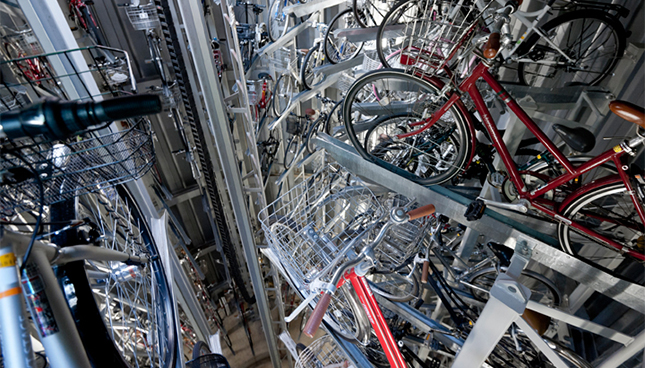 These days, it became almost as difficult to park a bike downtown as it is to park your car: It takes time and some luck. Once you have found an appropriate parking, place your padlock, there is no guarantee that your bike will still be there when when you return to pick it back: Bicycles padlocks sold on the market can easily be broken. 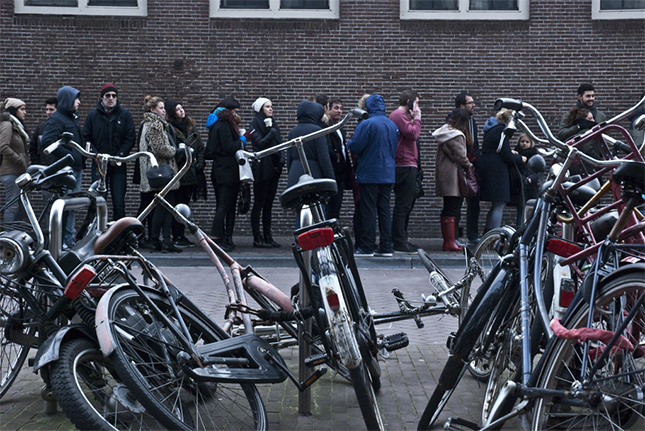 When the are no sufficient parking places, many tend to force the issue by attaching their bicycles regardless of other bikes already parked, giving results similar to the picture above. It’s dangerous for people walking and can hurt themselves if they are not careful. These bikes piled up give the impression to visitors that the citizens of the city are quite disorderly: not very good for tourism …

What do the municipalities in these cases? In 2014 the city of Amsterdam has removed about 200 badly parked bicycles per day; several other major cities have probably followed suit.

As these images reflect, the municipal employees take drastic measures to remove poorly parked bicycles! It is quite possible that your bike needs a good tune up and a few paint touch-ups if you succed to get it back. Thus, what could be done?

Here are some interesting solutions that have been set up in different cities and countries. They are classified according to the involvement of robotic systems or not. 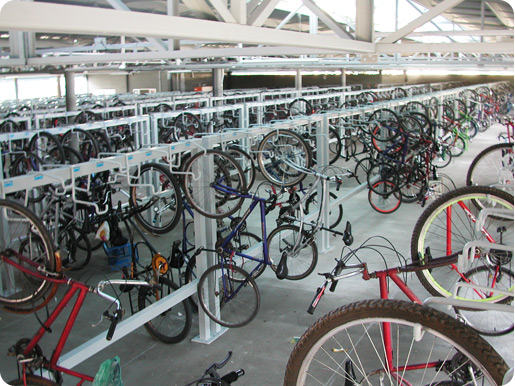 Sao Paulo offers a typical example of a very simple system: a warehouse where 1,700 bicycles can be hang on for only $ 5.00 per month. No technologies are required for this solution but requires a large area as we find only rarely in downtown area. The system is at a minimal cost but the ground it’s weight in gold! 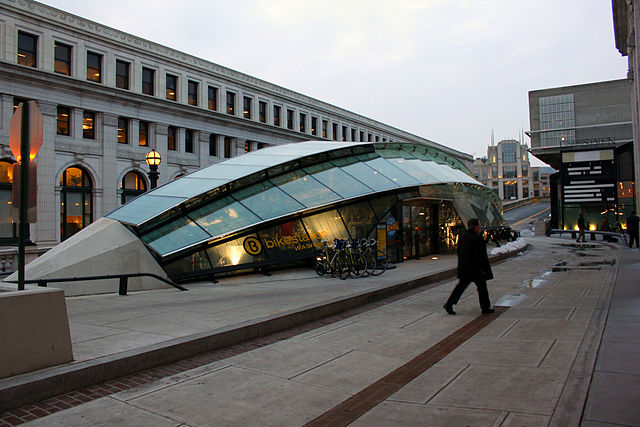 Here’s another solution without technology with a futuristic design for 140 bicycles on 2 levels. This system called Bikestations is also present in several cities in the United States. Requiring an area of 1750 square feet (167 square meters), this “design” station only costs two dollars a day with the possibility of monthly and annual plans.

A robotic solution from E-Bike Mobility company was set up in this city of Germany: 112 parking spaces with a system powered by solar energy. However, it requires space and a daily employee. 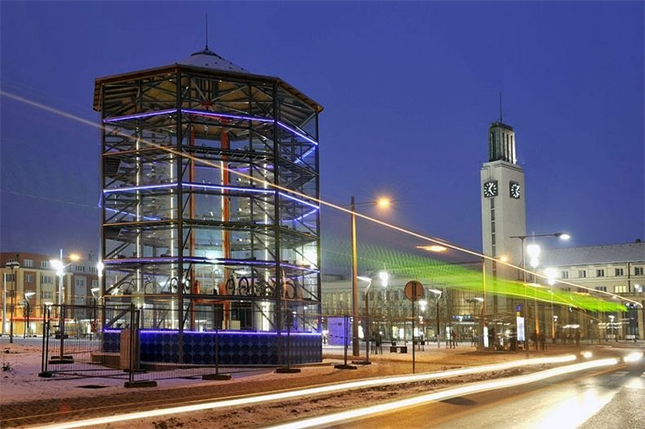 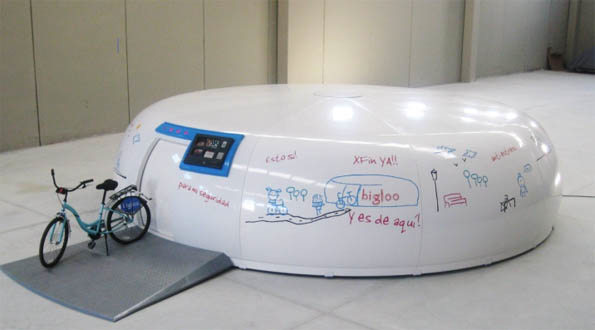 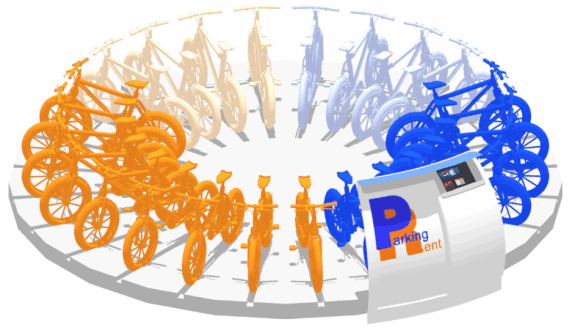 B-igloo company in Spain offers an original bicycle parking system with an individual parking space available in less than 10 seconds! Measuring 7 meters (23 feet) in diameter by 1.8 meter high (6 feet), this system is designed for 24 bicycles. Made from recycled material, it sells for $ 72,000. 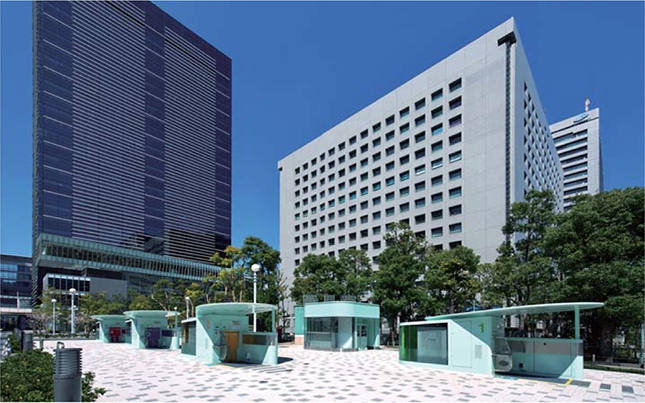 This is one of the most innovative and secure systems for parking its bike in a downtown area. Designed by Giken company, this system called Eco Cycle has the advantage of being underground: it uses very little surface space. Each unit can hold 204 bikes in a circular underground tunnel of about 11 meters deep. The installation shown above located in Japan has five underground cylinders for a total capacity of 1020 bikes. These seismic units allow to park a bike in 13 seconds. 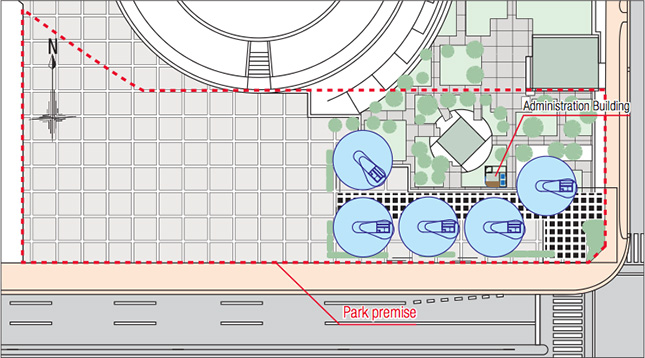 The Giken company began making robotic bicycle parking system installation in 1998. Since its beginning, it achieved 16 Eco Cycle bicycles parking projects in Tokyo, Osaka and other cities of Japan.