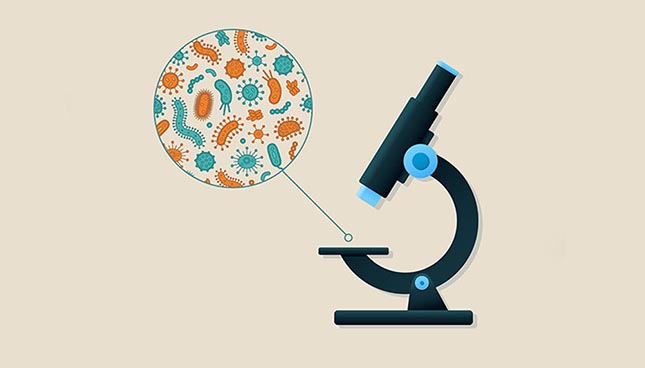 While thinking of manned missions to other planets, it is important to consider how much human impact can affect the newly discovered environment.  As it turns out, the greatest concern does not originate from the changes directly coming from astronauts but from the stowaway bacteria that we all carry around. From contamination to high speed collisions, including space suits, shuttles and asteroids.

NASA’s funded research led by Chemistry professor Daniel Austin at Brigham Young University in Utah, USA, is currently looking to analyze the effect of high speed collisions of bacteria against solid targets.  Surprisingly, the bacterial spores used in this study, Bacillus subtilis, can easily survive colliding against a wall at 670 miles per hour (1078 Km/h).  Sound speed is 1236 Km/h, which means these bacteria are really tough and they will not splat around just yet.

According to prof. Austin, “they simply bounced off the surface and roll around and they’re just fine”.  Is it possible that bacteria traveling in space shuttles could have already reached Mars from previous exploration missions? We cannot know that yet, but this experiment brings an interesting idea to mind: that a crash landing could transfer bacteria from one medium (i.e., a space shuttle or meteorites) to another (i.e., new planet’s surface, Mars in our case) and that they will remain unharmed after the crash ready to thrive.  This idea is the main focus of a beginning of life theory called Panspermia, where life transfers from one celestial body to another through natural means such a collision.

We already know how bacteria can survive the most extreme conditions from zero oxygen concentration, high temperatures (Hyperthermophiles) or extreme gravity environments.  These kind of organisms are called Extremophiles and one of the most famous, although not a bacterium, is the Tardigrade, a microscopic organism that withstands temperatures of -272 °C to 150°C, extreme pressures, ionizing radiation and decades of water and food drought.

The experiment run at prof. Austin’s lab consists of loading these bacteria in suspension through an opening into a vacuum chamber.  A second transfer into a chamber with strong air pressure differentials accelerate the B. subtilis up to 300 m/s to then, crash against a solid target at the end of the chamber.

NASA’s main motivation to fund this research is to establish the risks of interplanetary bacteria exchange. It is clear that microorganisms can survive the harsh conditions of space travel, including take-off of the host planet, extreme desiccation and now, even a high speed crash landing onto unexplored territory.  In the search for life on a remote planet, this cross-contamination can seriously compromise the results and it poses an extra risk here on earth as well. Although on most cases, radiation can help maintain bacteria in line during interstellar travel.

Indeed, Austin’s goal now is to be able to achieve even higher speeds to continue these tests.  During their experiments, not only the bacteria survived the impact but the immense acceleration forces as well.  They accounted to more than 1010 m/s2.  These numbers alone are staggering if we compare how easily bigger organisms can die at a fraction of the test speed used in the experiment.

This study is a pioneer in researching survivability of bacteria using test collisions with only one interaction of the bacteria with the target compared to previous studies that attached the bacteria to projectiles. It is published in the following source.