Harmonics Elimination with a Four-Leg Inverter

Mohammad Sharifzadeh Author profile
Mohammad sharifzadeh is an electrical engineer who completed a Master’s Degree, Electrical Engineering/ Power Electronics at the Babol Noshirvani University of Technology, in Iran, in 2012. 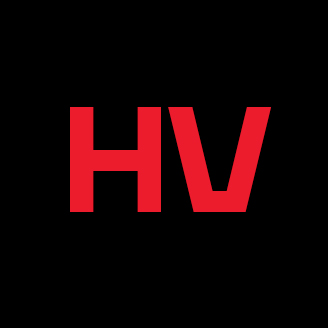 H. Ghoreishy Author profile
Hoda Ghoreishy is a faculty member of the Department of electrical engineering at the Babol Noshirvani University of Technology, in Iran. 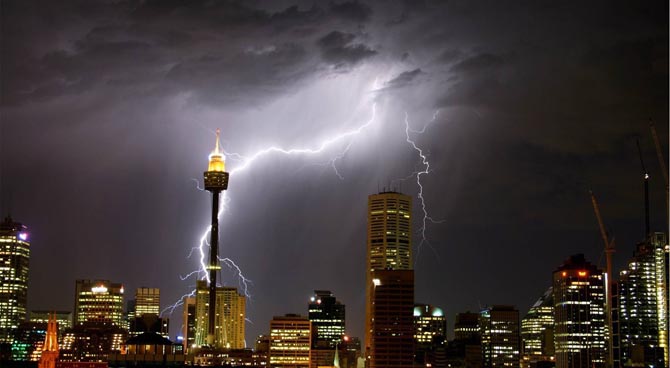 With increasing demand of renewable energy in recent years, different kinds of voltage source inverters (VSIs) have been presented and studied to transfer the required power with highest quality to a vast range of various loads. Unbalanced/non-linear loads including single-phase loads/rectifiers in three-phase system generate zero-sequence components in voltage and current waveforms [1]. 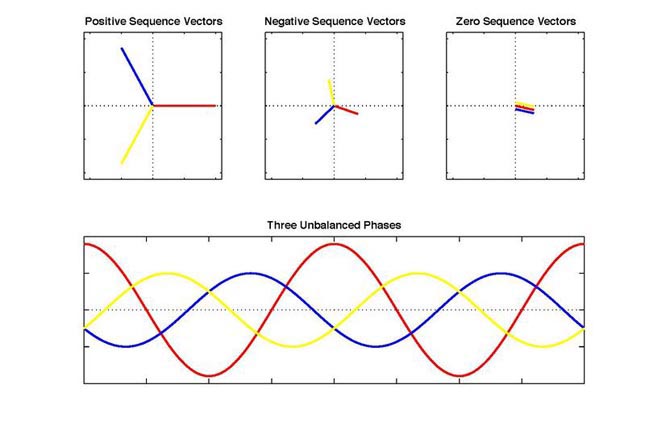 Figure 1 Set of three Unbalanced Phasors, and the Necessary Symmetrical Components that Sum Up to the Resulting Plot at the Bottom.

Many electric energy conversion applications such as distributed generation (DG) [2], uninterruptible power supply (UPS) [3] and etc., require three-phase four-wire systems to create a path for compensating zero-sequence component and preventing asymmetrical output voltage waveform. Regarding this fact, the three-phase VSIs should be designed to be suitable for four-wire systems and keep symmetry of output voltage waveforms [4].

For this purpose, two main ways have been presented in the literature as transformer-less solutions. First is using three-leg four-wire VSIs in which neutral point of loads is tied to the midpoint of DC link capacitors by the fourth wire [5, 6]. Second is employing four-leg VSIs whereas the fourth wire is provided by connecting the neutral point of loads to the midpoint of fourth leg [7, 8].

Although the first structure is the simplest way to make a neutral connection, practical issues limit using such configuration due to the fact that the zero sequence in neutral current increases DC link capacitors current and can adversely affect the capacitors voltages [9]. Moreover, requiring larger DC capacitors, high voltage ripple over capacitors, capacitor voltage balancing issues as well as inadequate utilisation of input voltage are other vital drawbacks of three-leg VSIs in four-wire mode [10]. 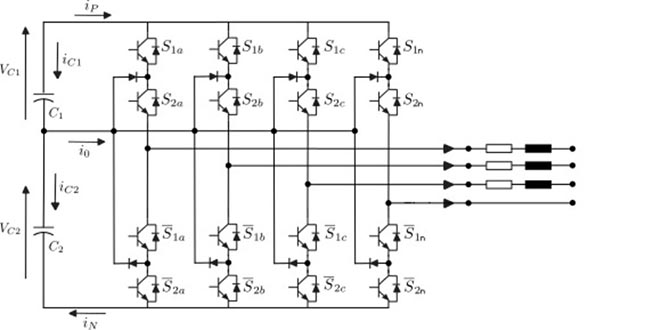 Irrespective of the increasing number of power switches, four-leg VSI is a more appropriate topology for various loads in four wire networks and industrial applications without above-mentioned problems. Furthermore, adding an extra leg to an inverter, the control strategy of the converter would be more complicated. Hereupon, the four-leg VSIs control methods require extended and developed modulation techniques.

VSIs control strategies require high switching frequency to track the reference waveforms accurately, which results in increasing the switching losses and decreasing the inverter efficiency in renewable energy conversion systems, significantly. The most superior voltage control strategy to restrict switching frequency to less than 1 KHz is the selective harmonic elimination pulse width modulation (SHE-PWM). Up to now the SHE technique has been surveyed on single/three phase two/multi-level inverters in the literature [11–14]. The SHE technique has been developed further more on multilevel inverters like neutral-point-clamped (NPC) and cascaded H-Bridge to reduce the switching frequency in high power applications but due to complexity of SHE equations, no attempt has been carried out yet in four-leg multilevel inverters where the fourth leg provides more controllability in eliminating more harmonics as well as balancing the neutral point voltage in NPC topology [15].

Figure 3 shows the configuration of case study in which the four-leg NPC inverter acts as the standalone converter to transfer the DC power from renewable energy resources to the AC loads.

SHE Control Principles for Phase Legs and the Fourth Leg

The SHE control strategy is based on Fourier series analysis of a predetermined output voltage staircase waveform. In the SHE technique, switching angles are chosen accurately by offline calculations of a set of trigonometric equations to eliminate specific low-order harmonics and adjust first harmonic to fundamental component of output voltage. Each switching angle gives a degree of freedom in solving the SHE equations.

The fourth leg was added to provide a path to flow the neutral current and helps maintaining the output voltage waveform balanced. Thus, in the SHE control strategy this leg should be controlled to neutralise the effect of zero-sequence harmonics from the output phase voltage which are generated by other legs. 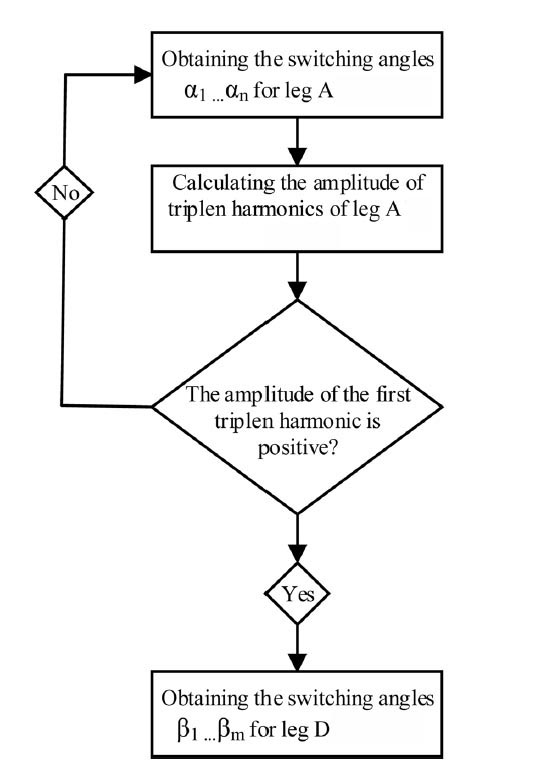 Evaluation of the SHE Technique

To evaluate the designed SHE technique and confirm achieved switching angles for legs A, D (αi, βj) a prototype of a three-phase four-leg NPC inverter has been built. The experimental setup is tested under different loads types as linear, non-linear, balanced and unbalanced. The system parameters have been listed in Table 1.

Figure 5 depicts results of the branch voltages for leg A and D with their harmonic spectrum when the four-leg NPC inverter is tested with a three-phase R-L load under balanced condition. Harmonic spectrums of VAg and VDg are computed and shown as well. As is clear from the figures, the fundamental frequency of fourth leg is three times greater the fundamental frequency of phase leg. Moreover, according to the harmonic content, non-triplen harmonics 5th …23rd are eliminated completely from VAg and the amplitude of triplen harmonics 3rd, 9th, 15th, and 21st are equal to amplitudes of 1st, 3rd, 5th and 7th harmonics orders of leg D respectively. It can prove the accuracy of the achieved switching angles for leg A and D. 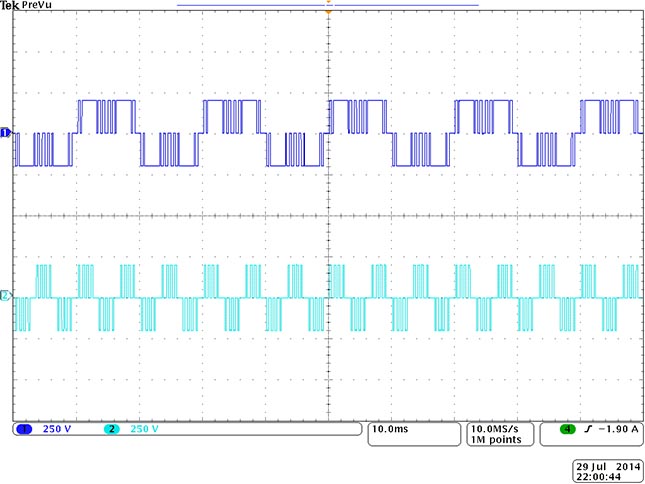 Fig. 6 demonstrates experimental results when the four-leg NPC inverter is tested under balanced linear load. As can been seen, capacitors voltages are remained balance after changing in input DC source with a good voltage tracking. Moreover, changing the DC source voltage does not affect switching angles since the source amplitude was considered as 1 pu in SHE equations. It means that switching angles values do not depend on DC supply voltage level. 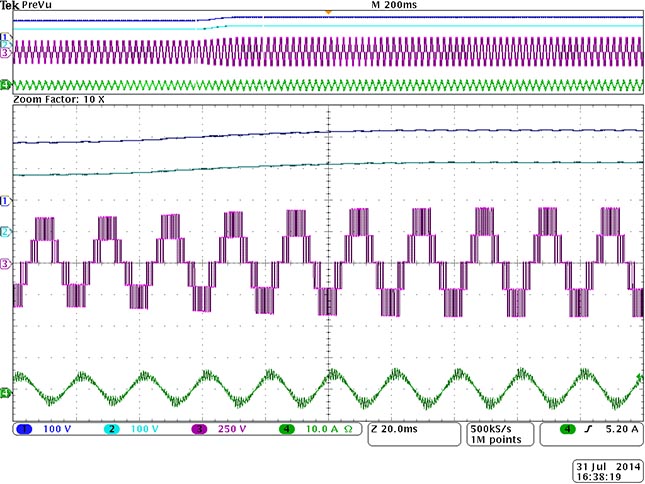 Figure 6 Capacitor voltage balancing when the input voltage is changed. 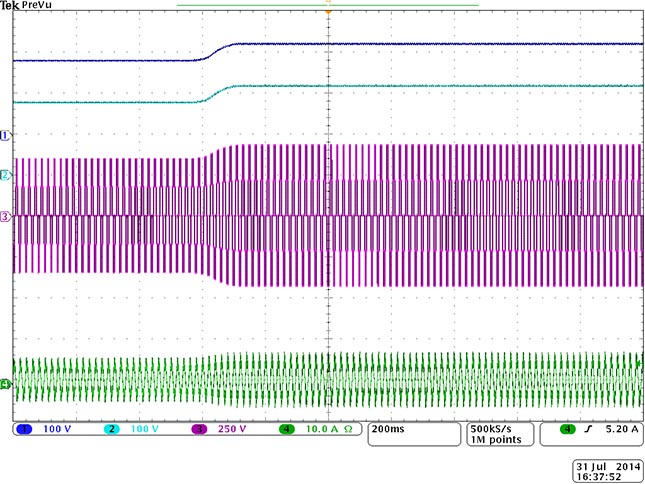 Figure 6 Capacitor voltage balancing when the input voltage is changed

The applied SHE technique on four-leg NPC inverter leads to reduced switching frequency, generating multilevel voltage waveform with minimum harmonic contents as well as balancing the neutral point voltage of the DC link capacitors that all lead to have a high efficiency converter for renewable energy conversion system as the best replace of conventional high losses two-level VSIs.

Mohammad sharifzadeh is an electrical engineer who completed a Master’s Degree, Electrical Engineering/ Power Electronics at the Babol Noshirvani University of Technology, in Iran, in 2012.

Abdolreza Sheikholeslami is an assoc. professor in the Department of electrical engineering at the Babol Noshirvani Univ. of Technology, in Iran. His research interests are power quality, power controlers and harmonics in power control.

Hoda Ghoreishy is a faculty member of the Department of electrical engineering at the Babol Noshirvani University of Technology, in Iran.

Philippe-Alexandre Labbé is working toward a Master’s degree in the Department of Electrical Engineering at ÉTS. His research is focussed on GaN device modelling, printed-circuit board analysis, and multilevel converter control techniques.