In our first article, “Google Glass: Everything You Always Wanted to Know But Never Dared to Ask,” we looked at the various characteristics and features of Google Glass. This article is the second in the series and will examine the technology included in these smart specs. A third article will explain how Google plans to record and save data, as well as other issues surrounding information security. This is one of the most important and least talked-about aspects: data and how it’s captured, saved and protected.

Google Glass uses an integrated circuit with an “Open Multimedia Applications Platform” (OMAP) chip designed by Texas Instrument. This multimedia processor allows several components to work together: a microprocessor based on ARM architecture, video and image processors, and a memory interface—all in a single integrated circuit. This type of processor was developed for laptop and mobile phone applications. Google Glass uses a dual-core 1GHz TI-OMAP 4403 processor. To give you an idea of what this processor is capable of, it’s the same one used in the Samsung Galaxy Tab 2, a small computer that hit the market in 2012. It offers enough power to play video at 1080p resolution and 30 frames per second. 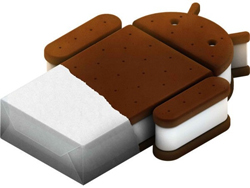 The sound specifications are totally revolutionary, as the device uses bone conduction technology, which eliminates the need for speakers or headphones! The advantage of this technology is that the ear canal remains unobstructed so that users can hear whatever is happening in their environment in addition to the sounds produced by Google Glass. In other words, you won’t be isolated in your sound bubble as often happens when you use earbuds or headphones. 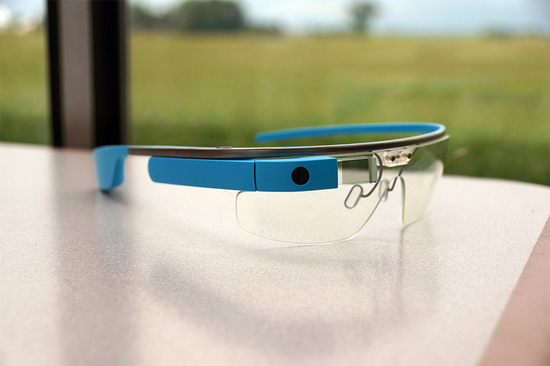 Google Glass specs come with a tiny little display screen. According to Google, users will feel like they are watching a 63,5 cm (25-inch) screen from a distance of 2,44 meters (eight feet). Seeing what other people see and record using Google Glass is really exciting—you almost feel like you’re there!

There’s a touch pad on the side of Google Glass. It’s used to access various menus. As shown in the video below, using the touch pad is easy and intuitive.

Google Glass comes with voice commands (or “voice actions”) for several different functionalities. To activate voice commands, users simply tilt their head back 30 degrees and say “Ok Glass.” Then all users need to do is give natural instructions to the device, such as:

The camera has a resolution of 5 megapixels, which means that the quality of the photos is reasonably good, according to the analysts who have tried it. There’s no zoom on it, however. The angle-of-view is fairly wide, which is something you just have to accept. However, filming long videos is possible; just hold your finger on the record button. 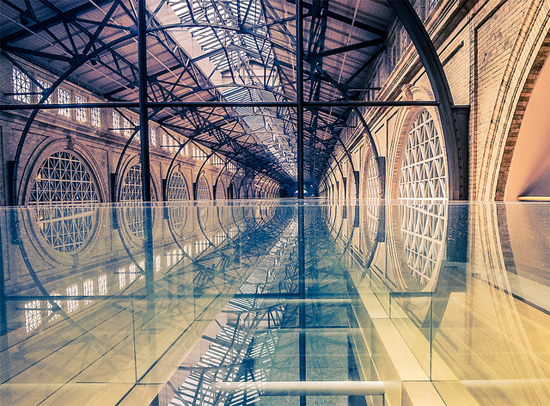 A picture took with the Google Glass. source [Img3]

The internal memory is 16 GB, of which just 12 are available to the user. Internal memory allows you to store media and applications, while saving a history of computer programs. Google Glass doesn’t take SIM or micro-SIM cards due to lack of space. Users who want to increase available memory should use cloud technology to store data.

The next article in this series on Google Glass will focus on this important issue.