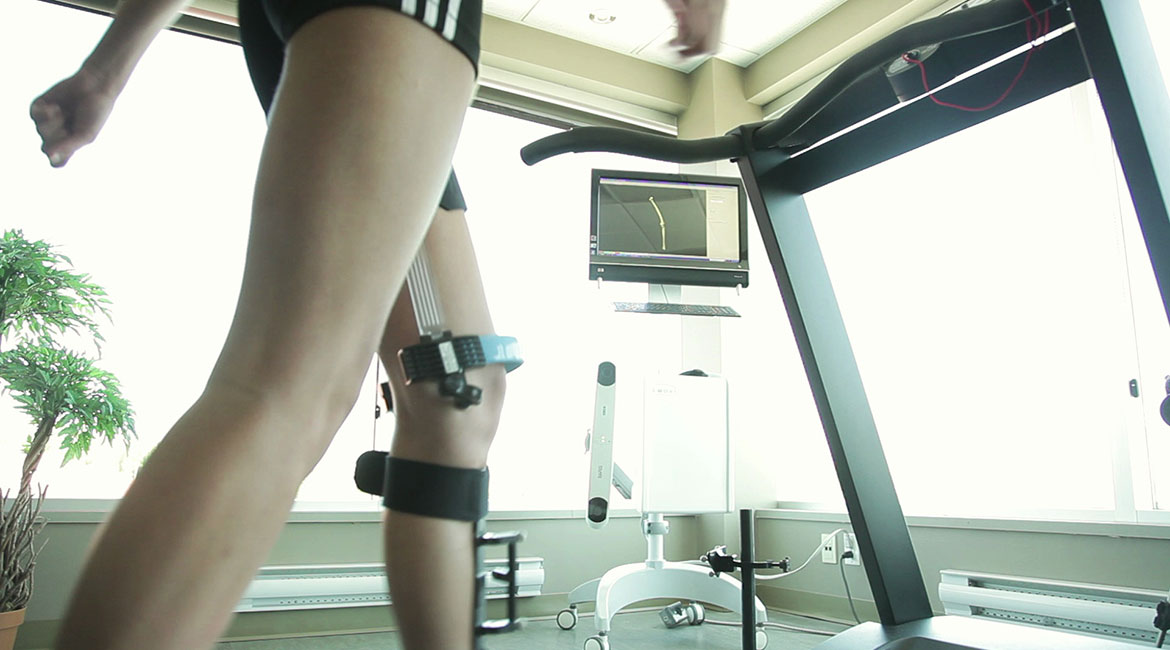 The featured image is used with Emovi permission and is protected by copyright.

The knee is one of the most complex joints in the human body. When we seek help for pain, the doctor prescribes X-ray or magnetic resonance to check structural integrity. However, the pain is not always based on structural integrity. In osteoarthritis, for example, a slight deterioration of the cartilage can cause significant pain to the patient. Conversely, some patients with advanced osteoarthritis experience less pain. Researchers at the ÉTS Imaging and Orthopedics Research Laboratory (LIO) have developed a device for the objective evaluation of knee function: the “Knee Knesiography, also called KG-Knee”.

The Knee – A Complex Joint

When we walk, the only movement of the knee visible to the naked eye is flexion-extension. However, two other small rotational movements, tibial rotation and abduction-adduction, better characterize knee function. 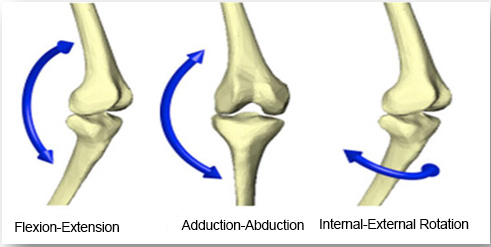 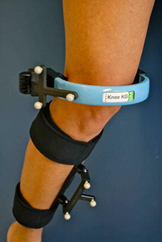 To measure these movements, markers are generally placed at different anatomical landmarks on the skin (at the leg, ankle, hip…) and their spatial position is filmed while walking on a treadmill. However, since skin moves a lot around the bone, the measurements are not accurate enough to be able to measure small rotations. LIO researchers worked around the problem by installing the markers on a harness attached in strategic locations where less skin movement occurs

With this brace, the precision levels obtained in the laboratory were enough to measure small rotations not visible to the naked eye.

Kneegraphy is comparable to an electrocardiogram. The electrocardiogram produces a curve that makes it possible to measure the electrical activity of the heart. The Knee kinesiography exam has the same kind of function. The movement of markers, small reflective balls, is captured by a camera that records their position in real time. Once combined, the collected data make it possible to establish coordinate system and to break down the 3D movements into a flexion, a tibial rotation, and an adduction. These motions are translated into curves, which are analyzed and compared to normal knee functions. LIO researchers are able to extract characteristic features (minima, maxima, slopes, etc.) corresponding to risk factors for osteoarthritis progression reported in the literature. The device is FDA and Health Canada-certified and has the CE marking.

In addition to providing an objective measure of knee function to better understand the patient’s pain level, knee kinesiography exam makes it possible to personalize treatments by pinpointing deficiencies for the physiotherapist or kinesiologist. The specialist can then suggest target exercises to correct the deficiencies, strengthening some muscles and stretching others, according to the patient’s own biomechanics. Afterwards, the same test can measure the progress and help in re-evaluating proper treatment. In the longer term, knee kinesiography exam could even be used to establish priority for orthopedic surgery, distinguishing cases where surgery is the only option from cases where nonsurgical treatment (e.g. physiotherapy) could be used.

For the moment, the test is only available in private clinics. Monitoring a cohort of 70 participants who were evaluated using knee kinesiography exam has shown several benefits. Overall, participants reported feeling less pain and reduced their medication intake. Some stopped using a cane and even chose to delay their surgical treatment. It was also noted that people understood their condition better and were more motivated to follow recommendations.

Starting in 2014, another study, consisting of a cohort of almost 800 patients with osteoarthritis, is underway to test whether the same results are found in the public sector. If the knee kinesiography exam approach is as successful as it was in the private sector, LIO researchers will propose that the test be reimbursed by the Régie de l’assurance maladie du Québec. 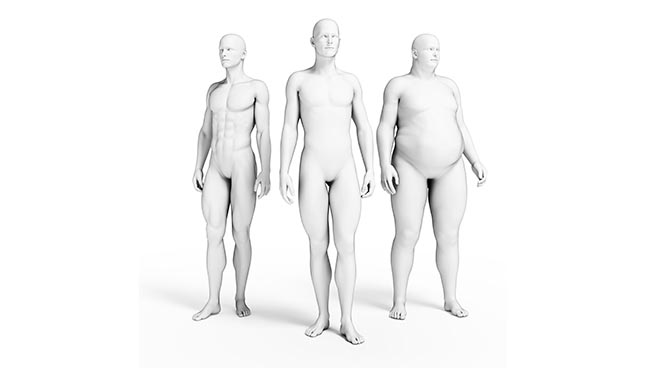