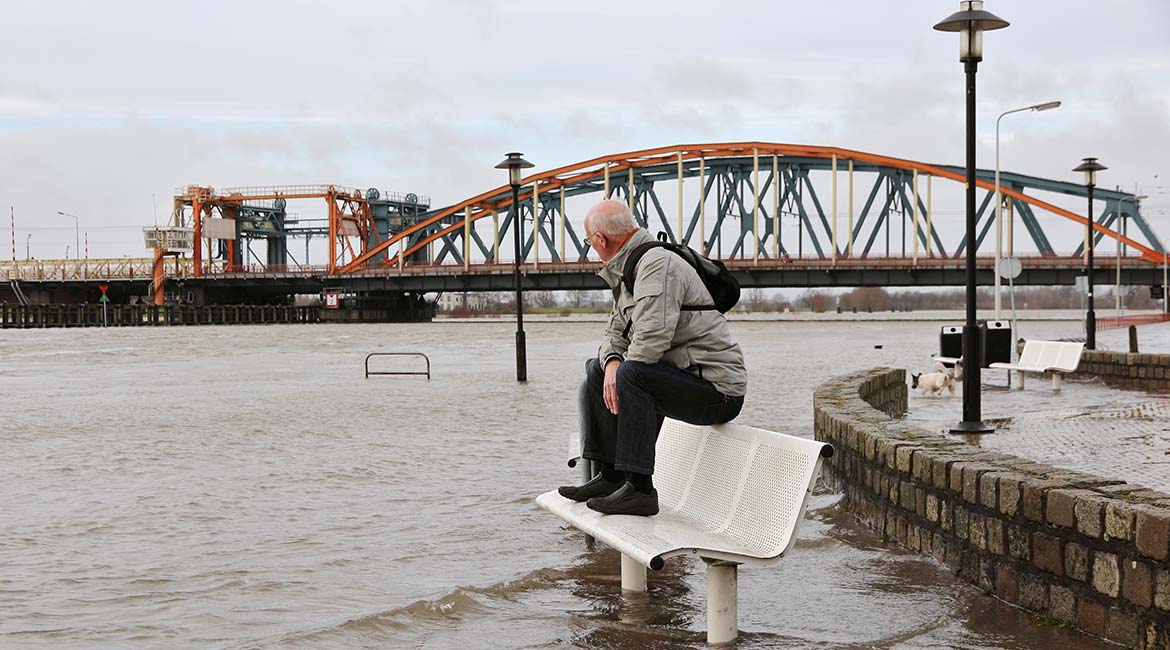 Flooding is a great concern around the world. The social, economic, and environmental impacts of these extreme events and the potential effects of climate change have highlighted the need to improve our understanding of this process. Therefore, hydrological models coupled with climate simulations are used to make flood estimates on past, present, and possible future conditions. Currently, climate simulations are constantly enhanced thanks to computational innovations allowing for higher-resolution simulations that consequently influence floods modelling. Therefore, this study analyzed the effects of higher-resolution climate simulations on floods modelling over 50 river basins in Quebec. Floods simulations showed clear systematic impacts due to the different resolutions. Peak discharges were larger when using finer resolutions. Moreover, these effects were larger in the “most” extreme flood events. Key words: Floods modelling, Climate simulations, Spatial resolution, Hydrological modelling

Floods: A Major Impact on Societies

Around the world, floods are catastrophic events affecting our societies year after year. In Canada, floods were the most common and costly natural hazard in the past years [1, 2]. Particularly, the province of Quebec was impacted by major floods during the last decades. For instance, the Saguenay flood in 1996, the Richelieu in 2011, the 2017 flood that affected 287 municipalities all over Quebec, and the recent 2019 floods have all lead to high socio-economic impacts [3].

Flooding is a complex hydrological event that can be influenced by anthropogenic factors (e.g. dam failure, land use changes) and/or climate factors, such as heavy or long-lasting precipitation events. Therefore, there have been numerous efforts to assess the impacts of climate change on hydrology, showing that processes of the hydrological cycle such as precipitation, snow and ice melting, evaporation rates, and runoff are affected in both mean and extreme conditions [4, 5]. Moreover, there is a high degree of certainty that climate change will continue to affect hydrological processes in the future [6, 7]. Thus, the latent alterations in extreme hydrologic events like floods are considered one of the most important potential impacts of climate change due to the enormous effects on societies [5, 8]. As a result, this issue has brought multidisciplinary groups of researchers together in an effort to improve our understanding of this complex problem, and identify adaptation strategies for the future [9].

The impacts of climate change on floods are usually studied using constantly improved climate simulations to produce different flood scenarios. These climate simulations are obtained from climate models consisting in mathematical representations of the climate system [10]. However, the Earth’s climate system is composed of complex processes happening at very different spatial and temporal scales [11, 12]. These different scales vary over a wide range of magnitudes. In time, cycles and patterns occur from milliseconds to hundreds or thousands of years, while spatially, climate processes happen in micrometres to hundreds of kilometres. Thus, climate models require significant computational power due to the high complexity of representing the global climate system, making computational innovations crucial in improving climate simulations.

Advancements in computational power consistently allow increasing the climate models’ spatial and temporal resolutions, consequently influencing hydrological simulations. For this reason, this study assessed flood simulation sensitivity to the increasing spatial resolution of climate simulations over 50 river basins in the province of Quebec. 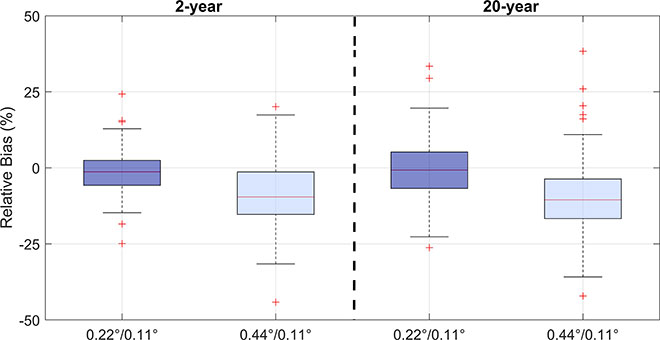 Figure 2 Relative biases (%) between flood indicators (2-year and 20-year) from the streamflow simulated with the different CRCM5 resolutions.

For more information, please refer to the following paper:

Mariana Castaneda Gonzalez is a PhD Student in the Construction Engineering Department at ÉTS. Her research focuses in the impacts of climate change on floods and the uncertainty related to their future projections.

Richard Arsenault is a professor in the Construction Engineering Department at ÉTS. His research includes hydrological modelling, impact of climate change on water resources, water resources management and prediction in ungauged basins.