First Outing for SAFFIR, the Firefighting Robot of US Navy - By : Substance,

First Outing for SAFFIR, the Firefighting Robot of US Navy 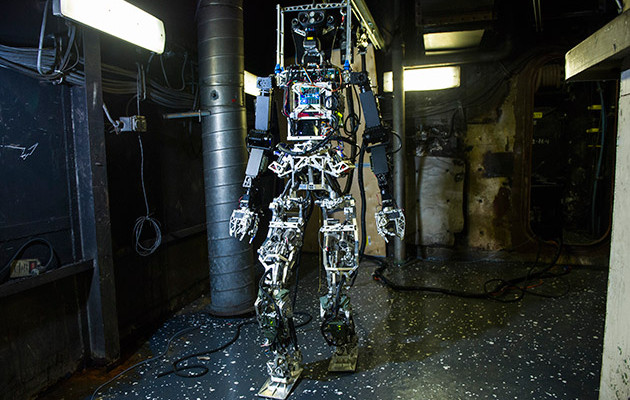 SAFFIR (Shipboard Autonomous Firefighting Robot), an autonomous humanoid robot designed to control the fire on board of naval vessels just made its first official release. What is the goal for US Navy? Deploy this new kind of “teammate” on warships to assist and protect men on board.

Sponsored by the Office of Naval Research (ONR) and developed by researchers from Virginia Tech and Pennsylvania University, this prototype will protect sailors from the danger of direct exposure to fire.

“We set out to build and demonstrate a humanoid capable of mobility aboard a ship, manipulating doors and fire hoses, and equipped with sensors to see and navigate through smoke,” said Dr. Thomas McKenna, ONR program manager for human-robot interaction and cognitive neuroscience.

Standing on two “legs,” measuring 5 feet 10 inches (1.78 meters) an adult-sized humanoid robot, SAFFIR can walk in complex spaces, crossing obstacles and most important it is capable of manipulating fire suppressors. 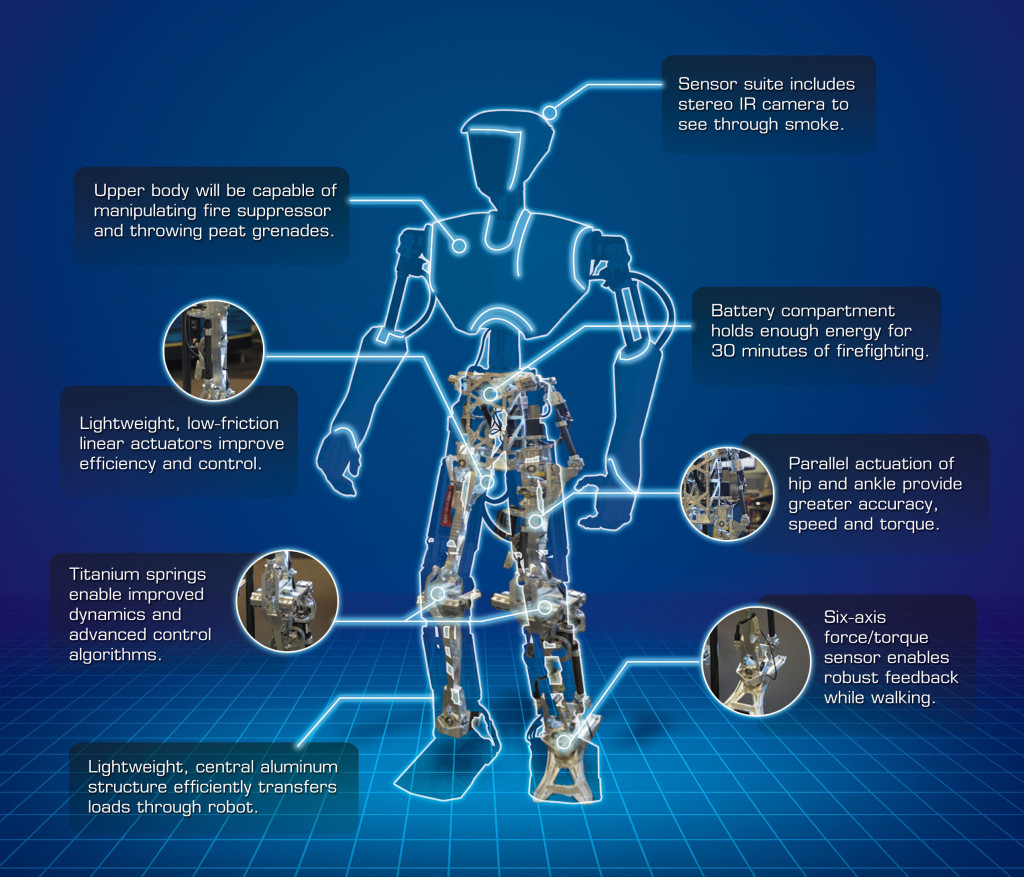 According to Virginia Tech web site, its vision is threefold: “Stereo camera, stereo thermal imaging to see through smoke and detect heat, and laser rangefinder for accurate mapping”.

In addition, this robot is able to withstand higher heat (up to 500 ° C) and toxic smoke for longer periods than human firefighters.

The Virginia Tech team has done an important research on the control of various joints to stabilize its center of gravity allowing it to adapt to the pitch of a ship as well as a rugged surface. It has 33 degrees of freedom in movement.

The test carried out aboard the former USS Shadwell in Alabama, was a success. The robot located the fire and sprayed water from the hose.

Watch SAFFiR in action during his first mission:

For now, SAFFIR is a bit slow and has a 30 minutes battery life but should be improved and be completely autonomous before its “recruitment” in its true sailing crew!

This robot reminds us Thermite, the first autonomous firefighting robot created in 2011 by Howe and Howe Technologies to fight fire in extreme situations. 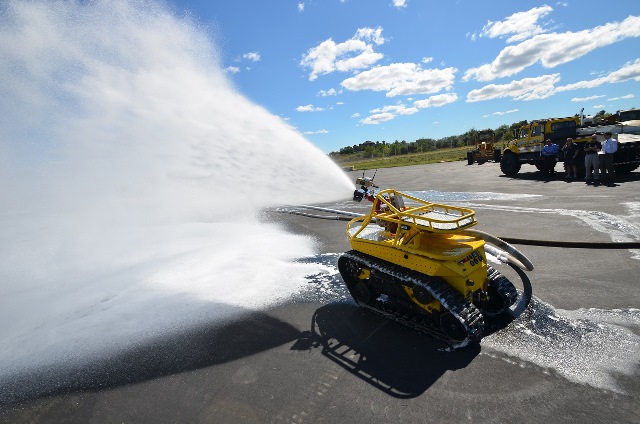