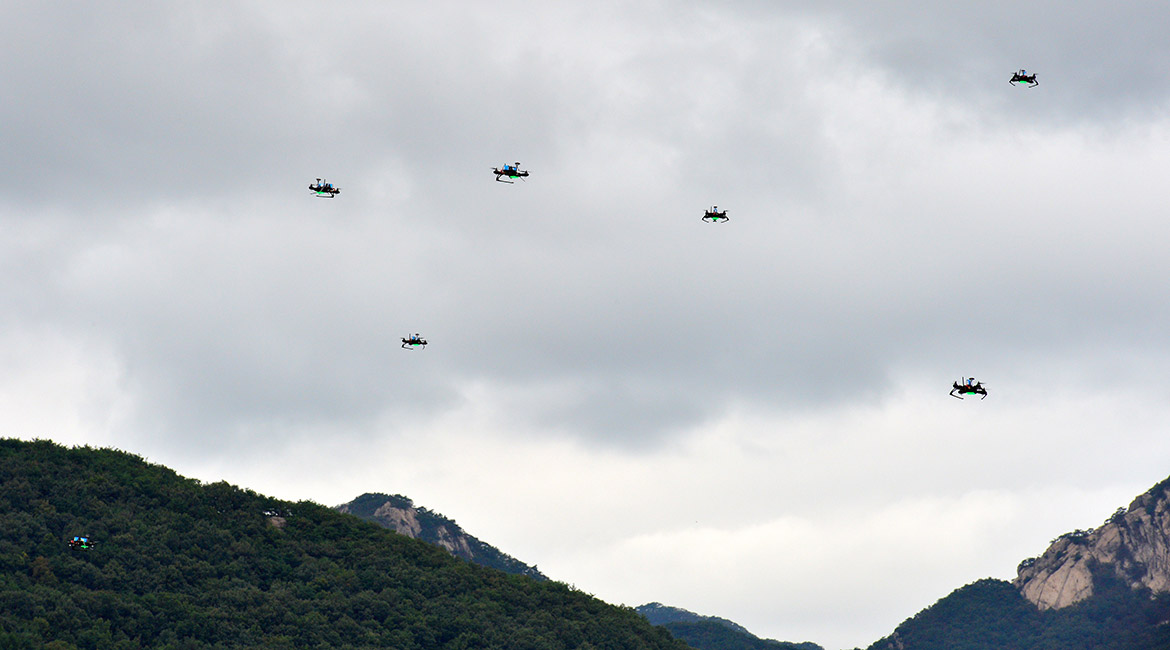 Robotic swarms are decentralized systems used in social and industrial applications. They are defined by the absence of a central control node, so if a member of the swarm is disabled, the group must adapt and reorganize to continue the mission. This type of control is potentially more robust and flexible in dealing with unforeseen events during the mission and in dynamic environments. In recent years, researchers at the MIST laboratory (Polytechnique Montréal) studied various aspects related to decentralized systems, such as the resilience, localization, deployment, and the software engineering of distributed systems—the last variable to be integrated is the operator.

Swarm robustness and flexibility involve a programming paradigm that is much more complex to deploy and less intuitive to operate. Their application is currently limited by the complexity of controlling multiple robots. Research at the ÉTS Laboratory of Intuitive and Natural Interaction with Teleoperated Robots (INIT Robots) aims to simplify swarm control, making it more intuitive and adaptive, in step with the operator’s abilities and limitations. 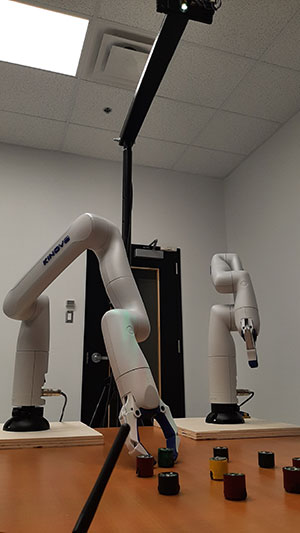 Interactive robotic systems use non-verbal expressions—dashboard, sound or light indicators, etc.—to provide information about their internal state and to allow for fluid human-robot interaction. To ensure that the interaction is intuitive, they can use deictic gestures to indicate direction, visual cues to create a shared attention space and to coordinate collaborative tasks, and emblematic gestures to communicate their intentions and emotional state.

However, robot swarms present an additional challenge: they are an abstract entity that can reconfigure at will. To make piloting easier, multiple individual behaviours, like the tendency of individuals to remain grouped or to harmonize their speed, must be taken into consideration, and swarm expressiveness—spatial and temporal synchronization parameter variations—must be decoded.

When a robotic system is controlled by an untrained user, control modalities must be designed to optimize working memory and the integration of new information—aspects often referred to as cognitive load. Adapting mental efforts to improve performance being a constant requirement, cognitive load has a strong influence on the operator’s performance. It is a key factor in the acceptance of new technologies, as it is directly associated with perceived ease of use.

This load is often measured with questionnaires, a subjective, even biased, method that cannot gather information and analyze it in real time. The INIT Robot Laboratory team intends to use objective parameters to measure cognitive load, like heart rate, oculometry (pupil measurement), and body movements. The ultimate goal is to create interfaces to predict the cognitive state of the pilot and reconfigure the system to maintain cognition at an optimal level. For example, warnings and alerts could be generated if a pilot’s physiological state becomes at risk.

Cognitive load can be explained as a pool of available attention where content is channelled toward situational awareness (perception/understanding/projection), decision-making, and actions sent to the robotic system.

Important Benefits for Many Applications

Several strategic non-military fields for Quebec and Canada will benefit from this research, such as aerospace, mining, adaptation to climate change, and search and rescue operations. The ability to control robotic swarms without prior training and in an intuitive manner will save considerable time during natural disasters such as fires, floods, and earthquakes. 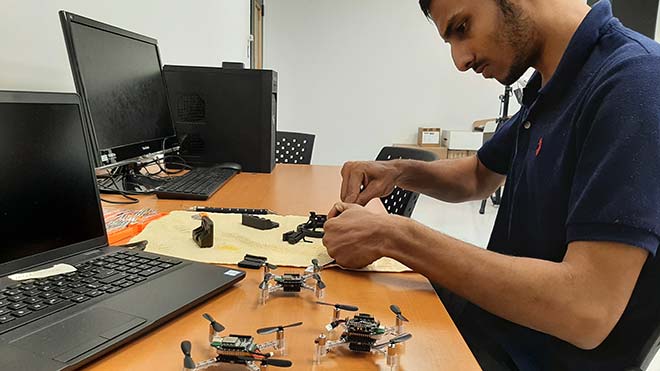 Movement perception depends on the type of locomotion. Master’s student Hemil Patel is working on the design of lighter-than-air aerial systems inspired by micro-drones. 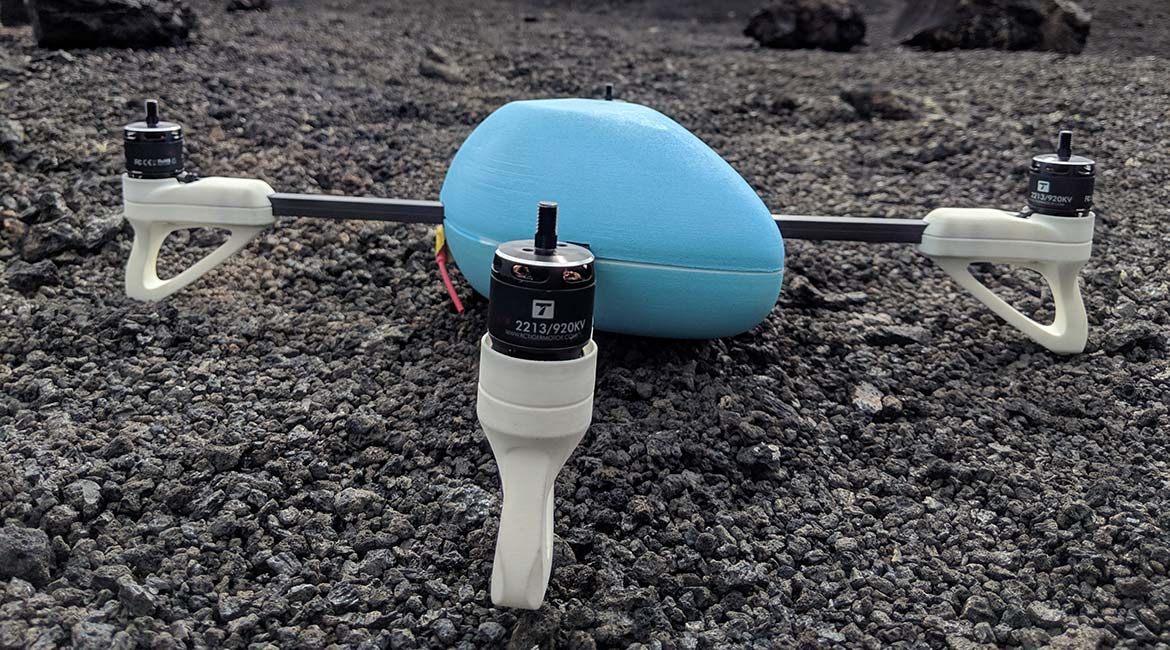