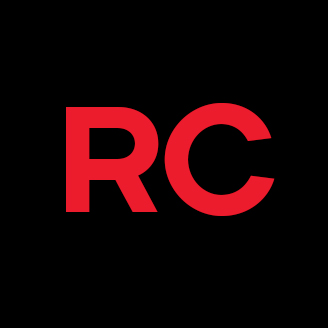 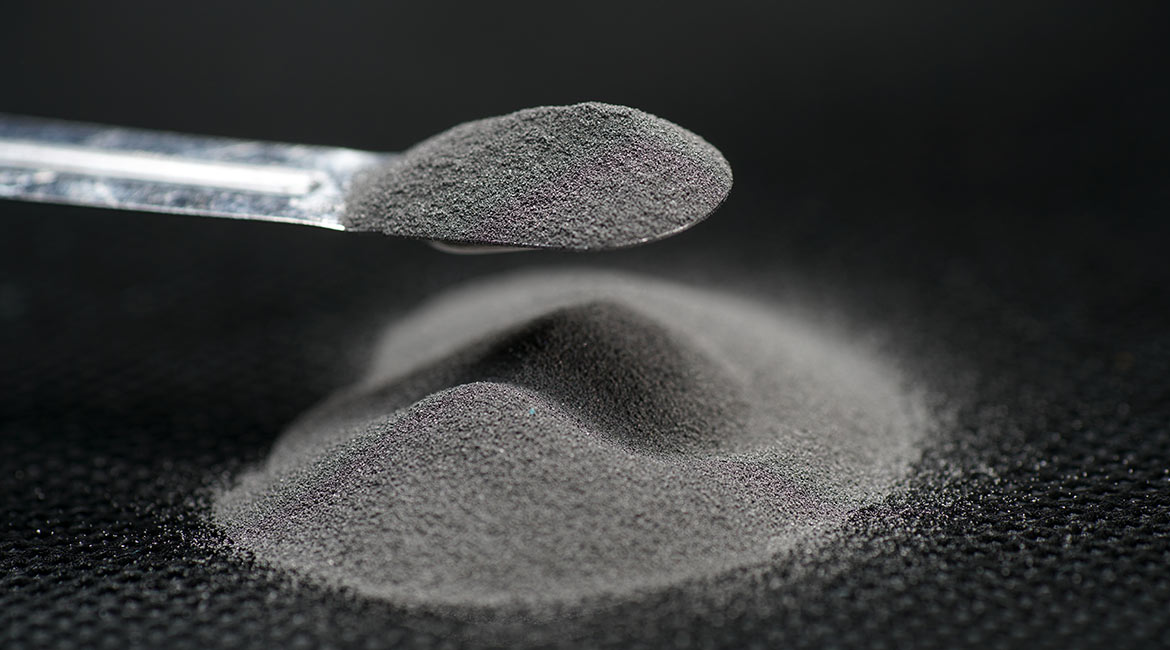 Fabrication of complex-shaped metal parts—in a cost-effective manner for low production volumes—is one of the main objectives of the advanced manufacturing industry. Low-pressure injection molding of metal powders (LPIM) is one of the most promising techniques in advanced technologies. This process is especially well suited for materials that are difficult to shape with traditional processes (forging or machining) like titanium, that has strong industrial potential. However, the use of titanium in LPIM remains limited due to the lack of scientific knowledge on the moldability of feedstocks. To develop this process, it is necessary to characterize the impact of each constituent proportion on the moldability of titanium-based feedstocks. Keywords: Titanium, Powder injection molding, Viscosity, Binder

Low-pressure injection molding of metal powders is a four-step manufacturing sequence that produces a dense metal part (Figure 1). First, the metal powder is mixed with a polymer binder in liquid state to obtain a homogeneous feedstock. The second step is to inject this powder-binder feedstock into a mold cavity to obtain the desired shape. Once the binder has solidified, we obtain a part with the desired geometry, but still containing some proportion of binder. The third step, called debinding, is a thermochemical process that removes the binder from the part. Finally, sintering the part makes it possible to densify the powder skeleton until a compact metal part approaching the theoretical density of the material is obtained. The knowledge gap in the production of titanium parts resides mainly in the first two steps, because the influence of the different feedstock components on behaviour during injection is not well known.

Figure 1: Manufacturing sequence of a part by powder injection molding

The Importance of the Feedstock Components

The composition of the feedstock is essential to produce a quality part. In order to study the behaviour of the feedstock during injection, rheological tests were carried out on many feedstocks. During these tests, the viscosity of the feedstock is studied as a function of the shear strain rate, which actually means varying the speed of the measuring tool on the molten feedstock. The proportion of each component can then be modified to obtain the desired viscosity profile (Fig. 2a).

In general, the polymeric binder is formulated from several constituents. The first is paraffin wax, used as the dominant constituent because of its low viscosity, consistent rheological properties, and low cost. Next, ethylene vinyl acetate is added to the binder to adjust the feedstock viscosity according to our needs. Stearic acid is also added to increase the homogeneity and fluidity of the feedstock. Finally, carnauba wax is added to increase the post-injection durability of each part and facilitate demolding of the final part. If the viscosity of the feedstock is too low, the powders and polymer binder could separate. If the viscosity is too high, the feedstock will have difficulty conforming to the complex shape of the mold. A compromise must therefore be found between feedstock stability and moldability potential. The shape, dimension, and distribution of the particle sizes also influence the rheological properties of the feedstock. After testing the impact of the constituents on more than 35 feedstocks, a compromise was reached in order to obtain a feedstock with easy demolding properties and a low enough viscosity level to facilitate the flow in the complex mold cavity, but without producing binder-powder separation.

After establishing the best compromise in feedstock composition through rheological testing, an actual titanium part with attributes like pinholes, threaded holes, complex surfaces, and thin walls was produced from the feedstock (Fig. 2b-c). Note that this titanium demonstrator part would be difficult to produce using any other manufacturing process. However, all the upstream work on designing the blend led to the production of a part with an excellent surface finish and no apparent defects. This project allowed us to consolidate our knowledge on the influence of rheological properties on components of titanium-based feedstocks used in powder injection molding, and to demonstrate their moldability potential in manufacturing complex parts. 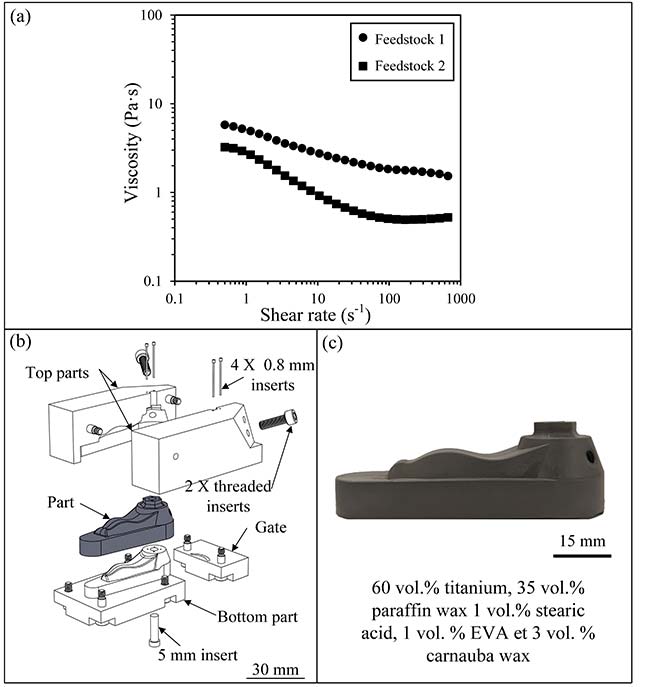 Raphaël Côté is a PhD student in Mechanical Engineering at the École de technologie supérieure. His research focuses on shaping metal powder and binder feedstocks to manufacture metal parts.

Mohamed Azzouni earned a Master’s degree in Mechanical Engineering at the École de technologie supérieure in 2020. His research focused on simulations of powder-binder feedstock flows in a mold cavity.

Vincent Demers is a professor in the Department of Mechanical Engineering at the École de technologie supérieure. His research interests include powder metallurgy, material characterization and process optimization.