Evaluating the Effect of Tolerances on the Functional Requirements of Assemblies - By : Mehdi Tlija, Bohren Louhichi, Abdelmajid BenAmara,

Evaluating the Effect of Tolerances on the Functional Requirements of Assemblies

Mehdi Tlija Author profile
Mehdi Ttlijalija is an assistant at the Institute of Applied Sciences and Technology of Sousse and a Ph.D. student in the National Engineering School of Monastir, Tunisia. His research interests are computer aided design and tolerancing.

Abdelmajid BenAmara Author profile
Mehdi Tlija is an assistant at the Institute of Applied Sciences and Technology of Sousse. Hi is currently a Ph.D student at the ENIM. His main research interests include Computer Aided Design and Tolerancing. 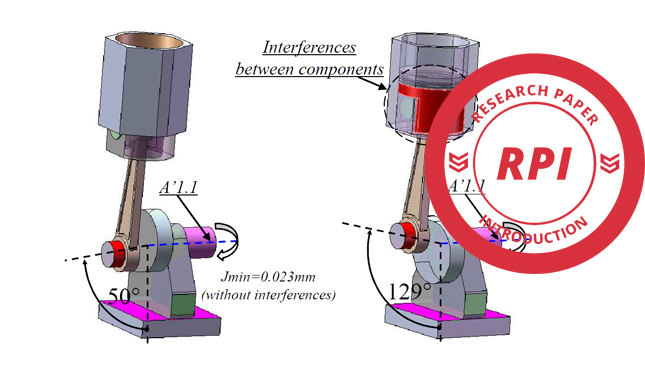 In the Digital Mock-Up (DMU), the simulation of the mechanical deformations and the prediction of the functional requirements represent two main phases of the product design. The results of those calculations depend on adopted CAD model. In the DMU, the part and the assembly are represented by their nominal dimensions. In fact, tolerances are defined as annotations and are neglected in the geometric model. Consequently, neglecting tolerance impacts causes system malfunctions at mountain process and during the operating phase. In the current Product Life cycle Management (PLM), the detection of those tolerance impacts is made only after the product manufacturing [1]. The correction of these errors at this stage requires additional costs [2]. Hence, the prediction of these errors represents an industrial need and a financial gain, and can be performed by using a realistic model (Fig. 1). 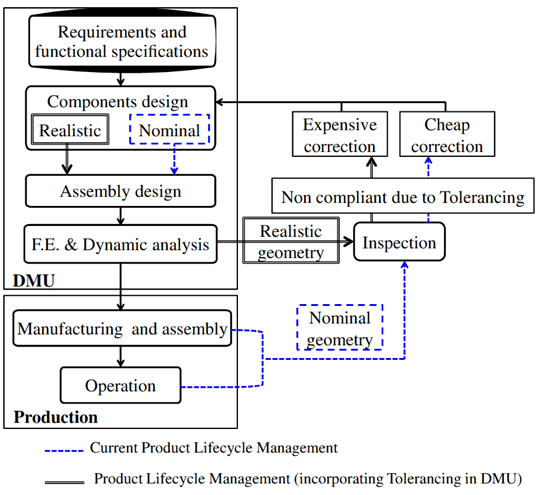 The integration of tolerances in the geometric model allows obtaining realistic assemblies. These assemblies enable the possibility to evaluate tolerance impacts on assembly requirements and to predict assembly deformations. To obtain realistic assembly an algorithm is proposed (Fig. 2). 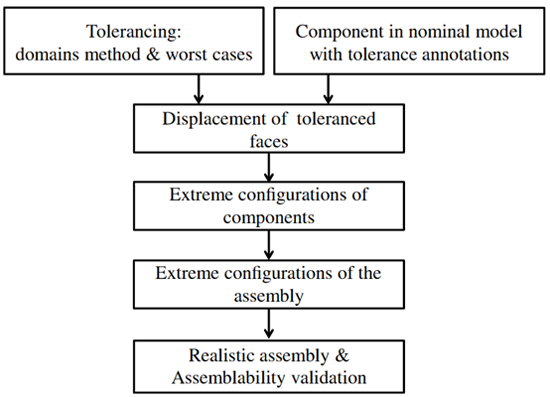 Fig. 2. Modelling of the realistic assembly.

The methodology consists in determining worst case configurations of an assembly that are required and imposed by tolerances. These models are given by applying the worst case tolerancing [4,5] to all toleranced faces of the components. In our study, the principle of tolerance independency according to ISO 8015 is considered. Mathematical formulations of tolerance zones are obtained by the domains method. Indeed, the SDTs are used to model the geometrical deviations. Then, the assumption of neglecting form defects relative to orientation and position defects is adopted. Hence, allowed extreme positions of faces are calculated. Thereafter, displacements parameters of faces, which are required by the tolerance, are deduced. Thus, realistic assemblies, which take into account the tolerances in CAD model, are obtained by rebuilding assemblies.

A model taking into account tolerances in CAD model

Displacements of a planar face 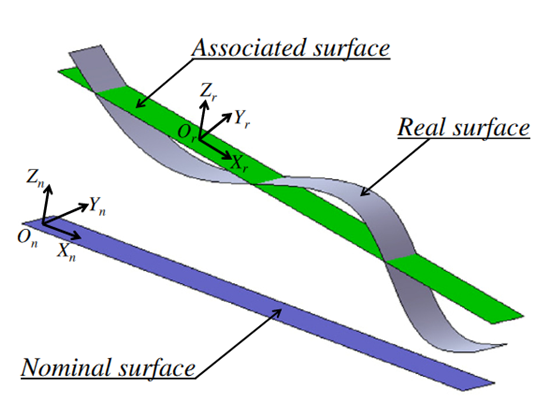 Fig. 3. Definition of the deviation torsor of a planar surface.

In order to illustrate the possible displacements of a planar face, a prismatic part is taken as an example (Fig. 4a). The determination of all configurations with worst case tolerancing for this surface requires the calculation of displacements of points I, J, K and L [4]. 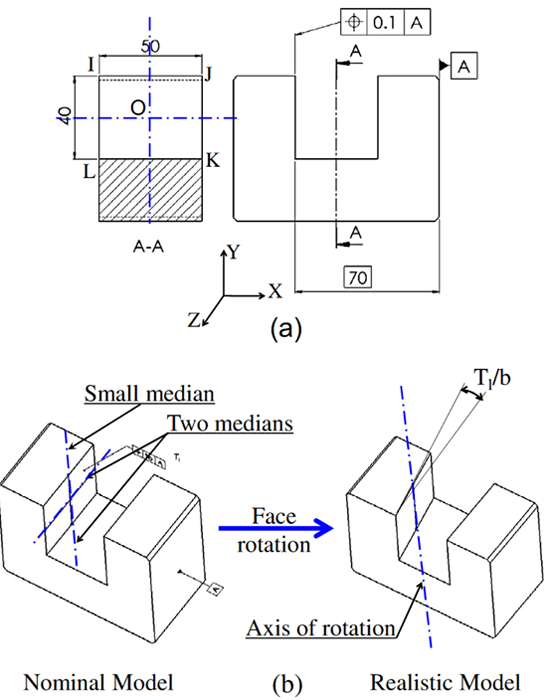 Fig. 4. (a) Planar face subjected to a positional tolerance. (b) Rotation of a planar face.

A sub-algorithm is developed to determine the worst case configurations of the Planar Face with Quadratic Loop which is subjected to Positional Tolerance (Sub-algorithm PFQLPT) (Fig. 5). Figure 4b shows the rotation method of a planar face about the x axis (small median of rectangle) by an angle equal to Tl/b. The rebuilding of the geometrical model requires the updating of the faces influenced by the displacement of that toleranced one. 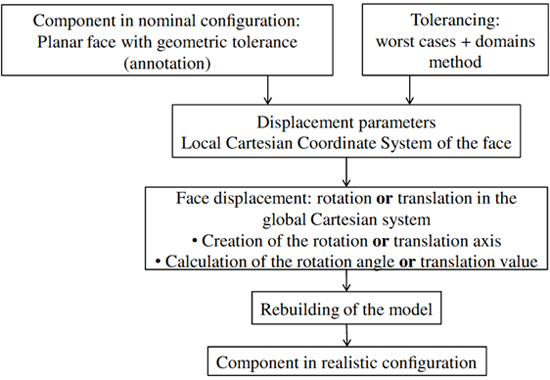 Case of a cylindrical tolerance zone

In the case of positional tolerance (t) assigned to an axis AB of a cylindrical face (or a conical face), the tolerance zone is a cylinder as illustrated (Fig. 6a). The three data (A, B and C) are supposed ideal faces. 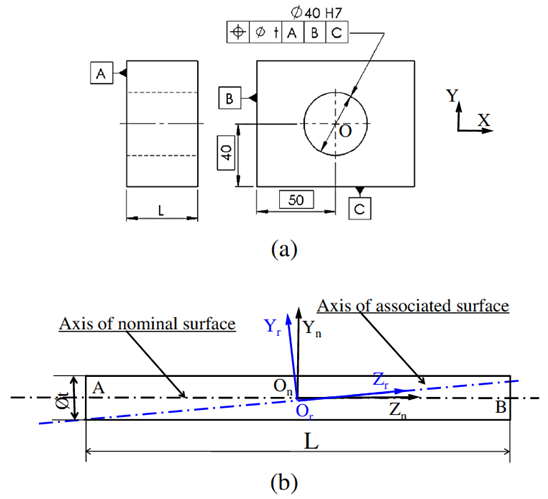 Fig. 6. (a) Positional tolerance allotted to cylinder axis. (b) Calculation of the deviation torsor of a cylindrical face.

Geometric deviations are represented by SDT. Then, form defects are neglected relative to orientation and position defects (Fig. 6b). To determine the realistic configurations of the axis, the discretization of the tolerance zone (virtual zone) is carried out (Fig. 7). 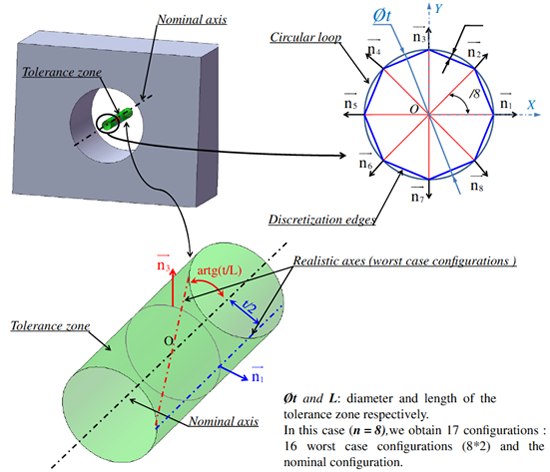 Fig. 7. A discretization of the tolerance zone (with n = 8) to obtain worst case configurations of the axis.

In the CAD model, the discretization is carried out by using the polar coordinate system [6]. The displacement of the toleranced face implies the change of the adjacent faces geometry (Fig. 8). 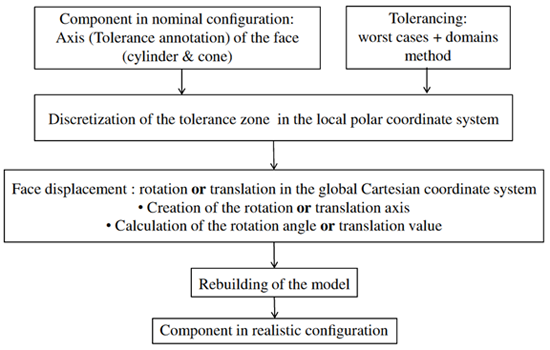 Fig. 8. Displacement of a face: case of the cylindrical tolerance zone.

Worst case configurations of the part (Fig. 6a) are calculated and modelled in CAD model according to the method detailed previously. Two cases are illustrated in Figure 9: a rotation of the cylindrical face and a translation of the same face along the axis. 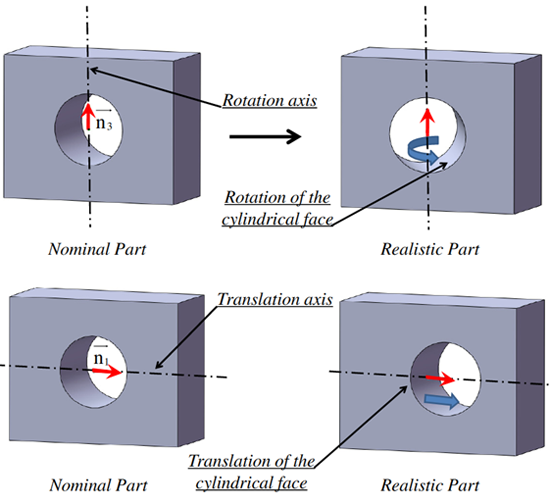 Displacement of a planar face with non quadratic loop

In the case of toleranced planar surface with non quadratic loop, the associated surface is the bounding polygonal one [7]. In fact, the surface loop is discretized by vertices. The n vertices obtained by this discretization must remain inside the tolerance zone. Then, worst case displacements of the n vertices are deﬁned by n inequalities. Indeed, the number of worst case conﬁgurations of the face is proportional to the number of discretization vertices. The number of conﬁgurations becomes very large, especially if the contour contains a circular portion. 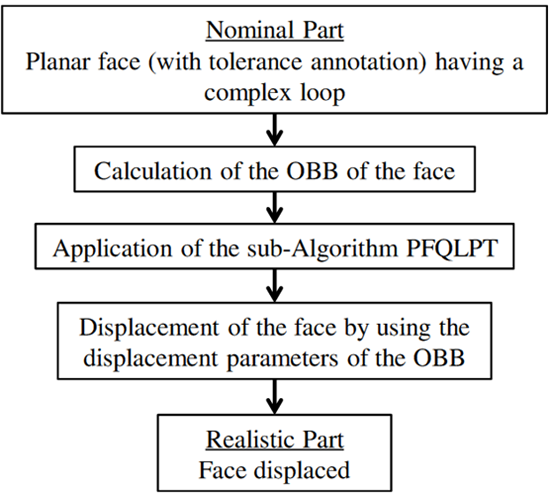 Initially, the OBB of the toleranced face is calculated. The obtained OBB is a ﬂattened parallelepiped (the box height is zero) and it has a four directing vertices (a rectangular loop). Hence, extreme displacements of driving vertices generate those of the face. Displacement settings of vertices are calculated by the previous algorithm used in the case of planar face with rectangular loop (sub-Algorithm PFQLPT in Fig. 5). Figure 11 illustrates an example of OBB. 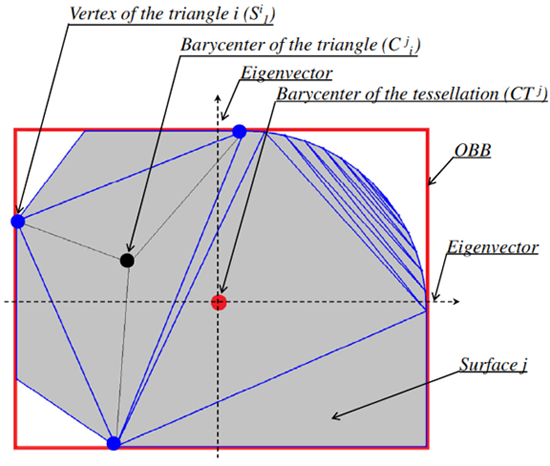 A demonstration of the complete method is given with an example in the author’s article cited below.

In this paper, a model is presented in order to obtain realistic assemblies. The model enables the tolerance analysis. The approach is based on tolerancing by the domains method and on the approach of worst cases. The realistic model is obtained by displacements of tolerance features to worst case configurations. Sub-algorithms are developed to manipulate some particular cases. In fact, the tool of oriented bounding box allows circumventing the displacement problem of planar faces with complex loop. In addition, the MMC (or LMC) requirement and datum priority order are respected in the proposed model. The difference between the numerical model and the real product is reduced by the proposed model. Then, in the digital Mock-up, the control of functional requirements and the optimization of assembly deformations are performed with realistic model.

For a more comprehensive discussion about “Evaluating the eﬀect of tolerances on the functional requirements of assemblies”, we invite you to read the following Research Paper:

Mehdi Tlija , Borhen Louhichi and Abdelmajid BenAmara. Evaluating the eﬀect of tolerances on the functional requirements of assemblies Mechanics & Industry 14, 191–206 (2013).

Mehdi Ttlijalija is an assistant at the Institute of Applied Sciences and Technology of Sousse and a Ph.D. student in the National Engineering School of Monastir, Tunisia. His research interests are computer aided design and tolerancing.

Mehdi Tlija is an assistant at the Institute of Applied Sciences and Technology of Sousse. Hi is currently a Ph.D student at the ENIM. His main research interests include Computer Aided Design and Tolerancing.