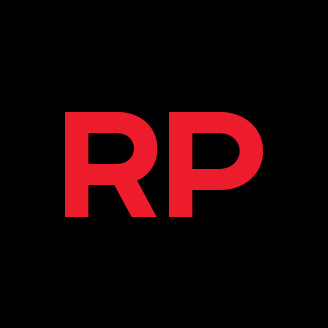 R. E. Prudhomme Author profile
R.E. Prud'homme is Emeritus Professor in the Department of Chemistry at the Université de Montréal. His research focuses on the crystallization of semi-crystalline polymers and the related phenomena. 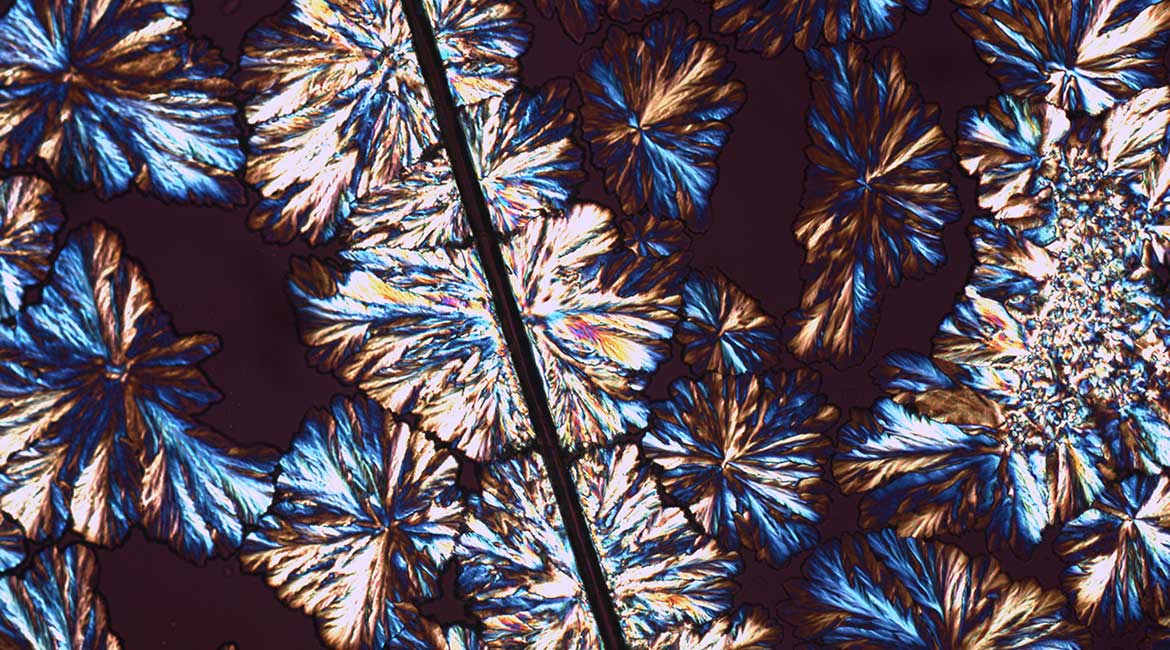 The header image shows sperulites and was provided by the authors. Substance CC license applies.

Controlling the morphology and crystallization of polymers and composites is crucial because it is directly related to the final properties of the material. Semi-crystalline polymers are an important fraction of commercial polymers. It is well known that miscible polymer blends can exhibit various morphologies and crystallization mechanisms, depending on the difference in melting temperature of each compound, the blend’s chemical composition, and crystallization conditions. However, examination of polymer distribution in miscible blends, especially at the nanoscale, is technically impossible despite the progress in current characterization methods. Recently, P. Nguyen-Tri and his colleague have successfully used an advanced characterization technique, known as AFM-IR*, to study polymer crystallization and nanodiffusion in complex blends, while recording high-resolution topographic images at the nanoscale. This breakthrough was made possible by the capability to identify the chemical composition of AFM-IR. 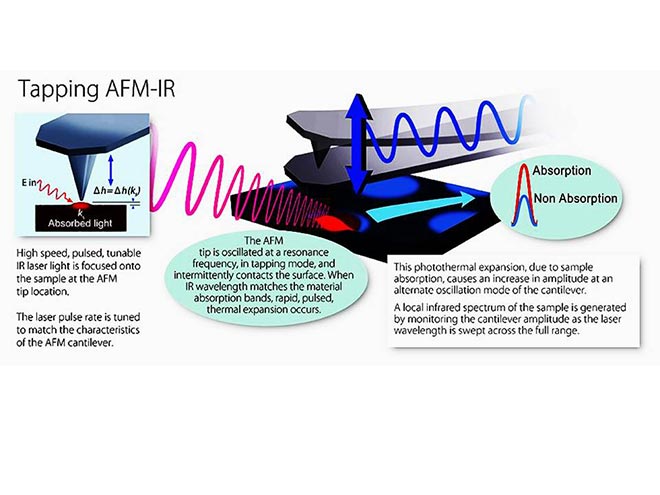 The principle of AFM-IR is to couple an atomic force microscope (AFM) with a pulsed tunable laser (IR). The sample is illuminated with pulsed infrared radiation and the IR light absorbed by the sample is converted into heat, causing rapid thermal expansion under the tip of the AFM, which excites the resonant oscillation of the AFM cantilever. The cantilever oscillation amplitude is directly proportional to the absorption coefficient of the sample. The AFM-IR spectra are thus obtained by measuring the oscillation amplitude obtained as a function of the incident radiation wavelength. IR adsorption mapping can also be performed. This technique makes it possible to map the chemical composition at the nanoscale, as well as to provide high-resolution AFM images.

Polycaprolactone (PCL) and its blends are widely used in a variety of medical applications, including artificial skin, resorbable prostheses, chemotherapy and tissue engineering, due to their biocompatibility, biodegradability and non-toxicity (FDA-approved). Blending PCL with a non-toxic and biodegradable hydrophilic polymer like polyethylene glycol (PEG), makes it more biodegradable and hydrophobic and thus can extent the application domain of PCL. However, the addition of PEG may also cause disruption in PCL crystals. Understanding the phase separation mechanisms and crystallization of this blend is important to achieve the desired final properties. Using AFM-IR, the authors were able to obtain valuable information, for example crystallization transition, identification of polymers in the blend, and examination of the chemical interactions near the PCL/PEG interface.

Fig. 2 shows an example of AFM-IR images (Figs. 2a and 2c) obtained from a traditional AFM image (Fig. 2b) of the PCL/PEG (50/50) blend detected by AFM-IR due to the different IR absorbance of these two polymers. This difference makes it possible to identify the nature of each polymer in the blend. 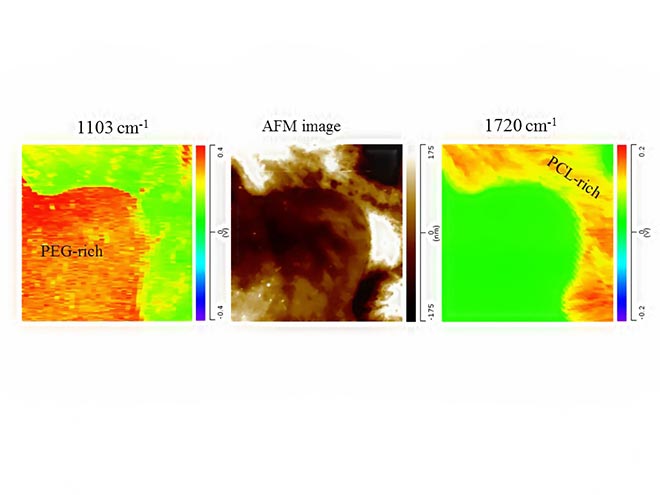 Using the same technique, the authors were able to detect phase separation in a blend of miscible polymers, a blend of polyhydroxybutyrate (PHB) and polyethylene glycol (PEG) at the nanoscale. A spherulite“a common form of polymeric crystallization from molten polymers or concentrated solutions is first recorded by AFM and then submitted to irradiation at a chosen wavelength. Due to the difference in IR absorption intensity of the two polymers, it is possible to identify the nature of each polymer, as shown in Figure 3. Thanks to the absorption of the carbonyl group (1720 cm-1), it is possible to identify the nature of each polymer: within a spherulitic structure, the ridges contain mainly PHB, while the valleys consist essentially of PEG. This new discovery is important in understanding phase separation in such a structure. 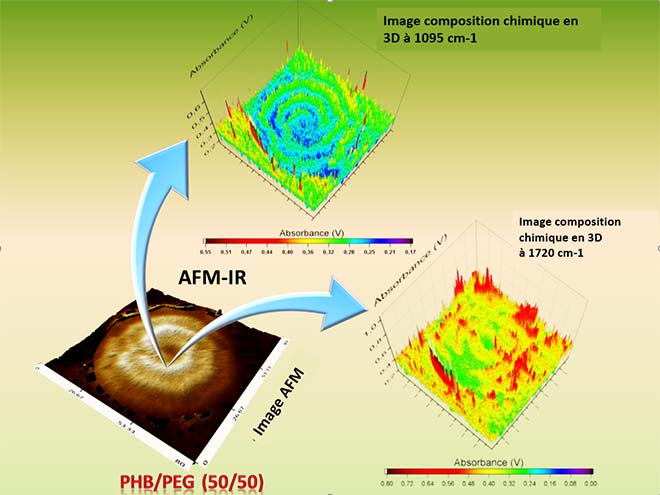 AFM-IR has been used successfully to study the surface and interface of complex polymeric blends. This technique has allowed new observations at the nanoscale of the polymer distribution of miscible and immiscible blends, which has never been characterized in the literature. It is a very effective tool in studying the surface and interface phenomena of various materials used in the pharmaceutical, life sciences, sustainable energy, and nanomaterials fields.

For more details on this research, please refer to the following articles:

* AFM-IR is available at Department of Chenistry, Université de Montréal for all researchers and students as needed.

R.E. Prud'homme is Emeritus Professor in the Department of Chemistry at the Université de Montréal. His research focuses on the crystallization of semi-crystalline polymers and the related phenomena.