ElectRoad Paves the Way for the Future - By : Hanen Hattab,

ElectRoad Paves the Way for the Future 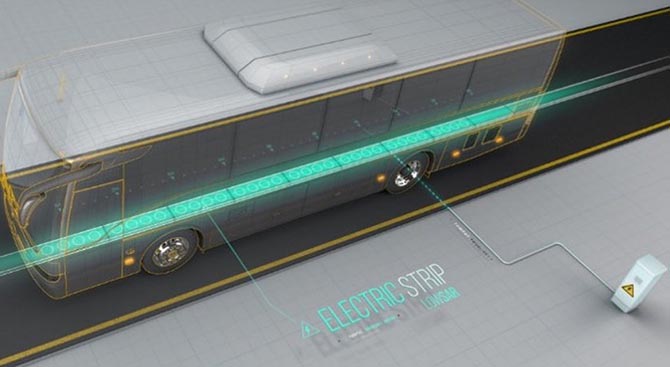 The roadway of the future will be able to charge electric cars while in motion: an idea that reinvents road structure and use since opus cæmenticium of Roman antiquity. The Israeli start-up company ElectRoad has devised a concept of energy transfer from the pavement to electric vehicles. Its equipment will be imbedded this year in Tel Aviv roads to power public electric buses.

ElectRoad was co-founded in November 2013 by Oren Ezer to innovate in the field of ecological electric mobility. Its main objective is to efficiently solve the problem of CO2 emissions in cities and the dependence of land transport on fossil fuels. The wireless urban transport electrification system called DWPT (Dynamic Wireless Power Transfer) is the flagship project of ElectRoad. The company plans to focus first on public transport before considering the technology for private transit needs. A first test was carried out with an electric bus on a 20-meter electrical road refitted outside their laboratory. In 2017, the company will test this technology with a public electric bus as part of a pilot project in collaboration with the city of Tel Aviv. The test, which will be carried out in town, will verify if the technology resists climatic and human factors namely humidity, heat, cold, and heavy traffic.

The system uses the principle of electromagnetic induction and can be installed in any type of electric vehicle. The concept resembles the principle of wireless cell phone chargers. It is also similar to the charging systems of Qualcomm. However, the system is built of less sophisticated materials and its technology is simpler and quicker to fit on vehicles and in the pavement. Equipping urban road infrastructure with this system will deter the use of chemical batteries and charging stations.

According to Ezer, the CEO, a one-kilometer (0.6 mile) installation of the system takes half a day. The equipment uses copper and rubber and does not require extensive work since it is only a matter of digging an eight-centimeter-deep (3 in.) trench. The installation process begins with an asphalt scraper that digs a furrow along the route the bus travels. A second vehicle installs the wireless energy charging strips and back fills the trench with asphalt. Smart inverters with real time communication are installed on the sides of the road. A coil fixed underneath the electric vehicle receives the energy transferred through a small 24-centimeter (9.5 in.) air gap. Radiation is minimized by a local shield for the driver and passengers’ protection. Planning and managing the bus fleet will be easier because they will no longer need to be recharged. Note that the buses will be equipped with small batteries in order to drive up to five kilometers (3.1mile) without electric current. 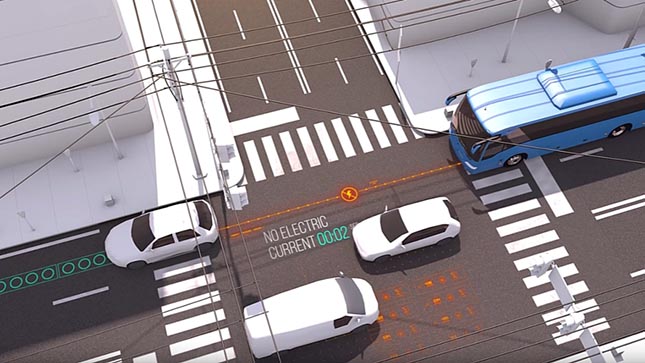 Ezer also said that the DWPT’s innovation lies in removal of the energy source. The electricity will come from a renewable energy source and will be transferred to the road: a sustainable, non-polluting and safe solution. He also added that an electric bus battery can cost $ 300,000 and weigh five tons. By removing the latter, the bus weighs one-third lighter and now requires less energy. This technology is eco-friendly because it removes dependence on large batteries usually containing materials which are expensive and polluting. It is economical as well because it does not require expensive components. The cost of the ElectRoad system is half the cost of diesel buses. According to Ezer, this new technology significantly benefits cities and communities that are introducing new road infrastructure and public transport because it will save money and be open to taxis and tramways.