Luis Hernan Garcia Paucar Author profile
Luis Hernán García Paucar is a full-time professor at the School of Engineering Systems and Computing at the Universidad Peruana de Ciencias Aplicadas (Lima) where he is the coordinator of the Software Engineering program.

Marco Bruggmann Author profile
Marco Bruggmann is a software engineer at the Universidad Peruana de Ciencias Aplicadas (UPC), with a specialization in cybercrime and information assurance at Utica College. He is CEO and CPM at Bit Perfect Solutions.

This article is following the preceding article Implementation of ISO/IEC 29110 Standard to Improve the Quality of Services in an IT Startup in Peru and presents a real certification case of ISO/IEC 29110, a standard aiming to improve the quality of software products in very small entities (VSE). The process of certification was quite affordable and has been a genuine engine for growth.

For most businesses, but particularly for very small entities (VSEs), international certifications can enhance credibility, competitiveness, and access to national and international markets (Laporte, Houde, and Marvin 2014). 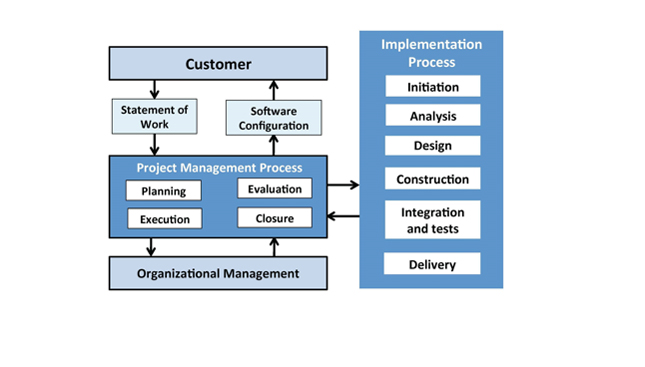 Description of the Certification Process

In order to promote the recognition of qualifications between countries, there are international organizations such as the International Accreditation Forum (IAF). The IAF is the world association of conformity assessment accreditation bodies in the fields of management systems, products, and services, and to date, it has more than 60 member countries. Both the INDECOPI-SNA and INMETRO accreditation bodies are members of this organization. This establishes a global certification infrastructure.

Description of the Audit Process 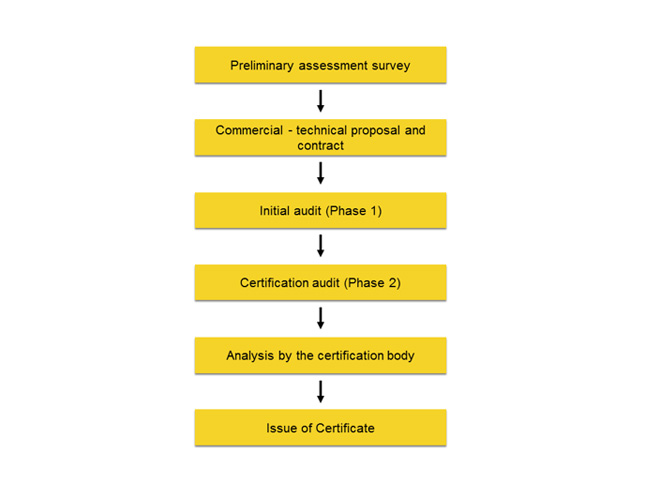 The audit process was conducted in two phases. During phase 1, the existing documentation of the software development process life cycle of the VSE was assessed. During phase 2, the implementation and use of the project management (PM) and software implementation (SI) processes of the ISO/IEC 29110 Basic profile were evaluated. At the end of each phase, the certification body issued a report with any observations and nonconformities, if applicable.

The VSE received comments from the auditors regarding the recording of test results and the corrective actions taken. The VSE technical team implemented the comments; procedures were updated and disseminated within the development team.

Phase 1 and phase 2 of the audit were conducted in April 2014, and in July 2014 the auditing organization issued the conformity certificate for the project management and software implementation processes of the ISO/IEC 29110 Basic profile. The certificate is valid for three years. A surveillance audit has successfully been performed in 2015, another one will be performed 2016, and the recertification process will be initiated in 2017.

Figure 4 Cost and effort for phase 1 of the audit

Figure 5 Cost and effort for phase 2 of the audit

The total cost of the audit, that is, $1500, is quite small compared to an audit for a CMMI-DEV Level 2 assessment. For example, the cost in the Brazilian market is about $25,000. As illustrated in Figure 6, it is estimated that the cost of each one of the two surveillance audits, excluding the travel costs of the auditor, will be about $1200.

Figure 6 Cost and effort of the surveillance audits

The 85 hours spent by the management and employees of the VSE for the audit, that is, 22 hours for phase 1 and 63 hours for phase 2, is quite small compared to preparing for a CMMI-DEV Level 3 assessment. For example, in the Brazilian market, assessment preparation involves recording hundreds of pieces of evidence, a team of six people working full time for about three months, which is over 2000 hours of effort in total.

The Peruvian VSE became the first organization in South America (outside of Brazil) to obtain an ISO/IEC 29110 certification for its software development processes.

Currently, the VSE continues to optimize its processes as part of its continuous improvement process and will be prepared for the surveillance audit to be carried out in 2016.

The ISO/IEC 29110 conformity certificate has become a major differentiator with regard to the main competitors of the VSE. The VSE has gained access to larger software development projects and increased its customer base. Given the growth evidenced by the organization, the VSE has also increased its number of workers to date, from four to 10 employees.

The authors recommend the use of ISO/IEC 29110 in VSEs that wish to improve their management engineering and software development practices. ISO/IEC 29110 is a standard that does not prescribe the use of any particular software development life cycle or method; on the contrary, it offers VSEs the ability to use a framework tailored to their needs.

The ISO/IEC 29110 certification gave the Peruvian VSE access to new clients and larger projects. For a country such as Peru, the implementation and certification of ISO/IEC 29110 could help change the country’s productivity index. VSEs could increase software product exports and improve the quality of life of Peruvians. VSEs that are looking for investors, partners, or customers should think about implementing ISO/IEC 29110 and aiming to obtain certification.

We invite you to read the following research paper to get more information regarding this project:

Luis Hernán García Paucar is a full-time professor at the School of Engineering Systems and Computing at the Universidad Peruana de Ciencias Aplicadas (Lima) where he is the coordinator of the Software Engineering program.

Jaylli Arteaga is a software engineer and a professor at the Universidad Peruana de Ciencias Aplicadas (UPC), and CTO and software architect at Bit Perfect Solutions.

Marco Bruggmann is a software engineer at the Universidad Peruana de Ciencias Aplicadas (UPC), with a specialization in cybercrime and information assurance at Utica College. He is CEO and CPM at Bit Perfect Solutions.